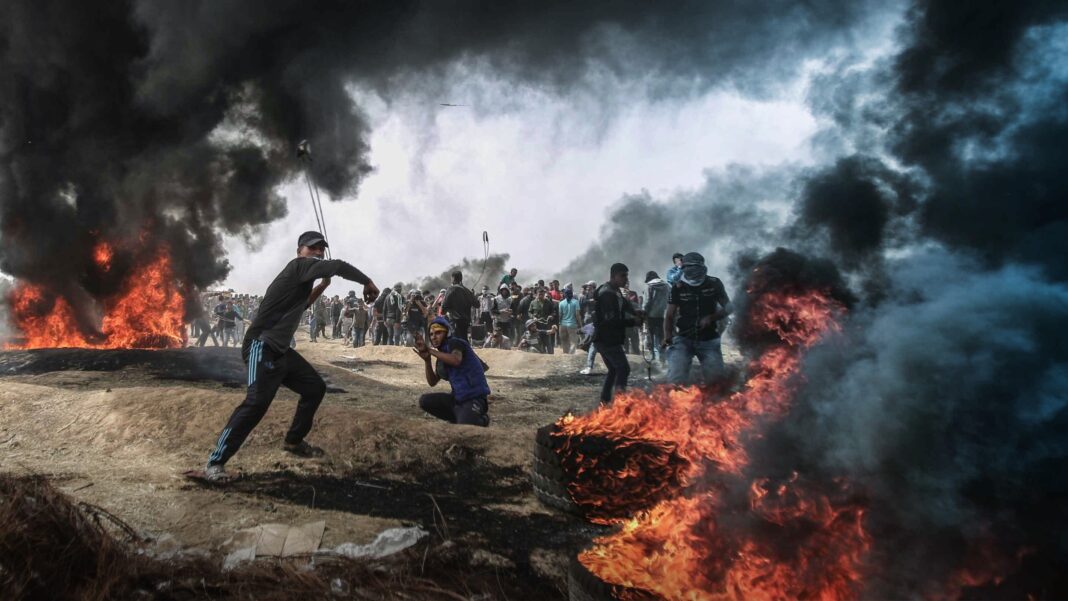 Israel’s decision to close the crossings to and from the Gaza Strip because of the recent escalation spike in arson balloon attacks and rocket fire from Gaza drew harsh words from terrorist organizations on Friday morning, after a series of IDF airstrikes hit a number of Hamas targets, including a weapons workshop.

The military arm of the Palestinian Islamic Jihad issued a statement stressing that “a continued delay in implementing the conditions having to do with lifting the ‘siege’ will lead to an explosion,” and that Israel “would bear the responsibility.”

Hamas spokesman Fawzi Barhoum said on Friday that “What the resistance did today was part of a direct response to Israel’s escalation ‘on’ Gaza and attacks on resistance sites. Israel has been warned against retaliation repeatedly, several times.”

Barhoum went on to say that “This resistance response is confirmation that it will never hesitate to carry out its national obligation to its people and defend them against all aggression. We will fight the enemy if this escalation and blockade continues. Israel will be responsible for the ramifications of escalation and attacking resistance sites.”

According to the Hamas representative, Israel was being “dismissive” of people’s lives, given the spread of coronavirus in the Gaza Strip.

“The continued blockade and the worsening electricity crisis, and the stop of goods and fuel and supplies to Gaza are a crime against humanity that we cannot allow to continue or remain silent in the face of,” Barhoum said.