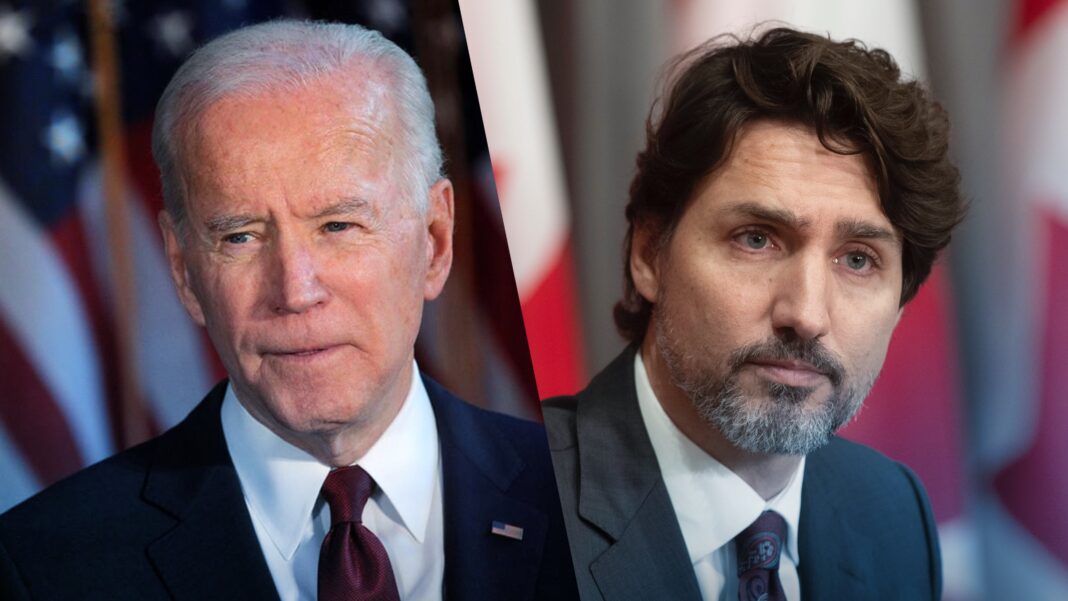 Tucker Carlson: So, as if this moment couldn’t get more peak Orwell than it already is, the New York Times has come up with a plan for a new ministry of truth. For real. A “reality czar.” Because they’re now in charge of reality.

You gotta wonder why people go into journalism? It doesn’t pay well, nobody likes you, it’s kind of a slog, it’s dying, but people do it anyway. Why is that? Of course, the answer is obvious: for power. You get influence. You can tell people what to do. Those creepy kids over at CNN, always trying to boot people off the internet, makes them feel big. That’s the whole point.

Well, over at the New York Times, they’ve decided they need more power. In fact, they need a “ministry of truth” that they’re in charge of. So, they sent a journalist to silicon valley this week to rustle up some new ideas on how to control what the rest of us say and think.

Here’s what they came up with:

“Several experts I spoke with recommended that the Biden administration put together a cross-agency taskforce to tackle disinformation and domestic extremism, which would be led by something like a ‘Reality Czar.'”

“A Reality Czar”….. So, the New York Times and the Biden Administration are now in charge of “reality.” Now the paper, in a rare flash of self-awareness, concedes it sounds “little dystopian,” but the paper doesn’t answer the most basic question, which is: What is this reality the “Reality Czar” will promote?

And you know exactly. The realities are, we’ll promote their realities.

The ones we’re always hearing, that “George Floyd didn’t actually die of a fentanyl overdose. No!” The reality that “police officers commit genocide!” The reality that “eight-year-old boys should take puberty blockers.” The reality that “women most would much prefer to work for an investment bank instead of raising their own kids,” that “abortion is liberation” that “it is deeply fulfilling to live alone in an apartment with your cats,” that “hedge funds are the real drivers of this economy.”

Those are their realities, and now they’re yours. It’s mandatory. And not just yours but the rest of the world. It is now the policy of the state department, which is to say the US Government, that any time another media outlet in another country expresses a reality they don’t like, they’re in favor of shutting it down.

Just this morning, The state department explicitly endorsed state censorship of media organizations, any ones that anger our permanent political class here. The US embassy in Kyiv, Ukraine, celebrated the Ukrainian government’s crackdown, banishment, and censorship of television networks; domestic television networks that they don’t like: they oppose the state… they get rid of them.

Now, this is the US government’s position:

“The US supports Flag of Ukraine efforts yesterday to counter Russia’s malign influence… We must all work together to prevent disinformation from being deployed as a weapon in an info war against sovereign states.”

Oh, wow! So we now support shutting down opposition tv stations if they don’t tow the government line? I thought we were spreading freedom around the world? No, no longer, our new export is preventing disinformation.

Now, if that sounds familiar to you, it’s because it’s the very same justification that the governor of Illinois, J.B. Pritzker, just used to deploy soldiers to Washington indefinitely.

Again we want to be clear, the television stations the Ukrainian government just banned were Ukrainian television stations. Their crime was opposing the pro-western political class in Ukraine. Our political leaders applauded their censorship without thinking twice about it. In fact, I’m sure we’ll be attacked for calling this into question.

If they can promote it there, why can’t they do it here? It’s happening in Canada, also part of the anglosphere. It’s about to be law.

That country’s heritage minister has promised new online hate legislation this winter. Now that legislation would be based on a Canadian Supreme Court decision that held this:

“Not all truthful statements must be free from restriction.”

Oh, so you thought that truth was a defense? Oh no! Just because what you say is accurate, defensible on the merits, on the facts, doesn’t mean you’re allowed to say it if it hurts the people in power.

So the mask is off. They’re admitting what this is really about, which is not empowering you or any oppressed group but keeping the airways free from criticism of them. Censorship always hurts the weak, and it always helps the strong. That has never changed, and it’s accelerating.

Mark Steyn has been on to this for quite some time. He was personally involved in a free speech fight in Canada. He’s a best-selling author, of course. He’s got a global perspective on what we’re watching tonight, so we’re happy to have him.

Mark, what do you think is going on here?

Mark Steyn: Well, you mentioned my own experience in Canada, that’s about a decade ago, and with the help of a very dogged backbencher because the so-called “conservative government” up there was rather scared of this matter. So, a backbencher and I managed to actually get that law, the hate speech law, repealed. I don’t think we could do that today.

I testified to the house of commons in Ottawa last year; it was about this bill they’re anxious to bring in today. Today the difference is that the general climate of free speech in Canada, the United States, the UK, Australia, Europe, pretty much everywhere throughout the western world, is worse than it was a decade ago. Between this malign alliance, in fact, a merger certainly in Washington between big tech and the state, we are moving into a literally Orwellian world. A world where phrases out of Orwell’s “1984” like “reality control” are used. As you’ve just said, the New York times now is in favor of establishing a federal agency of “reality control” under a so-called “Reality Czar.”

These people are so unself-aware and, frankly, so illiterate that they don’t even realize these are tired ideas that they’re lifting from a 70-year-old indictment of the totalitarian state.

Tucker: I wonder if that book is even read anymore or if it’s allowed? I mean, how long before Orwell, himself, is banned? Sincere question.

Mark Steyn: Oh yeah, I don’t think there’s any doubt about that. To go back to when I got that Canadian law repealed, one thing that’s changed since then is that today free speech is openly mocked as some kind of right-wing fetish.

On the other side, they regard an ever-expanding range of topics as there being a “correct view,” and once that view has been established, there is no need for further discussion on it. So whether it’s climate change, Islam, same-sex marriage, or transgender participation in [women’s] sports, there’s a settled view, and once we’ve settled it, we need no longer debate it.

The problem with that is that there’s an ever-expanding range of issues that are added to that list. To the situation we now face in the United States, whereas in fact disagreeing with the official state position, for example, on some new coronavirus (that nobody had heard of a year ago), just disagreeing with officialdom now is increasingly forbidden. That’s why this weasel phrase “disinformation,” the idea that now the official version cannot be contradicted, is widely accepted even by contemptible media figures like the New York Times and that Stelter guy over at CNN who are openly on censorship’s side.

Tucker: Openly, and of course doing the bidding of the powerful, as all censors are.