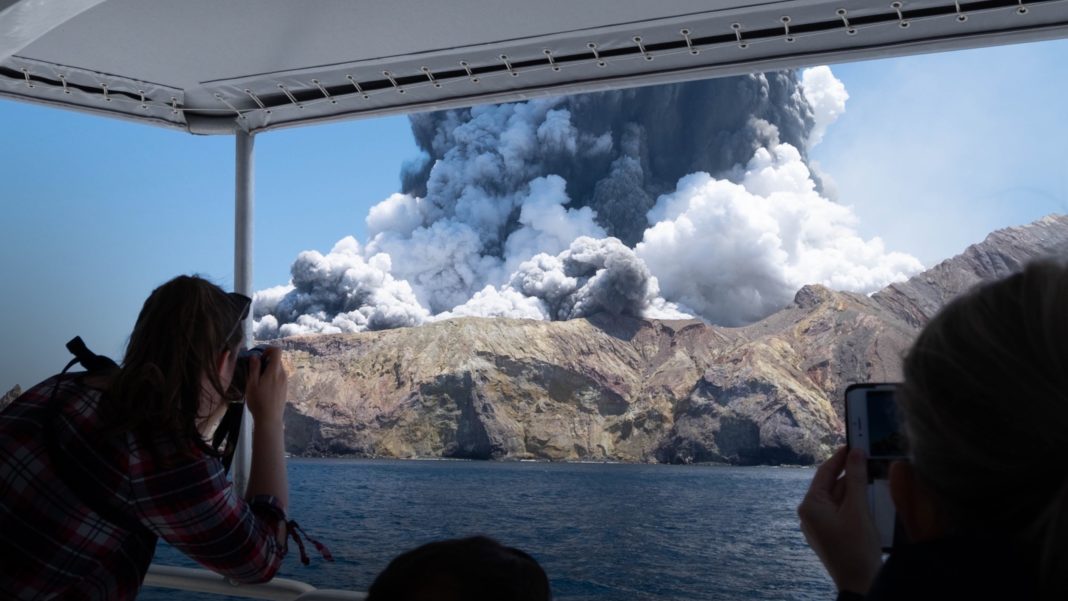 A volcano erupted in New Zealand on Monday, leaving five people dead and 50 more more unaccounted for. Local police said tourists were seen walking inside the crater of White Island volcano moments before the deadly eruption.

Twenty-three people have been rescued, but it is unclear how many people remained on the island. Police say aerial reconnaissance flights have not identified any sign of life there, NZ News Hub reports.

Despite that, the privately owned island is a tourist destination with frequent day tours and scenic flights available as well as cruise ships that regularly drop by.

Police have said fewer than 50 people were on the island when the volcano erupted. Deputy Police Commissioner John Tims told reporters that “both New Zealand and overseas tourists” were believed to be involved.

The New Zealand Defence Force is now helping the rescue operation. A military plane has carried out surveillance and two helicopters and personnel are ready to assist.

Some of the missing were passengers from the Ovation of the Seas, a cruise ship owned by Royal Caribbean. It is currently at port in Tauranga, a coastal city near White Island.

The Bay of Plenty island is a popular tourist destination, with several holiday providers advertising guided tours of the inner crater.

St. Vincent Volcano: Only Those Vaccinated For COVID-19 Can Evacuate – PM