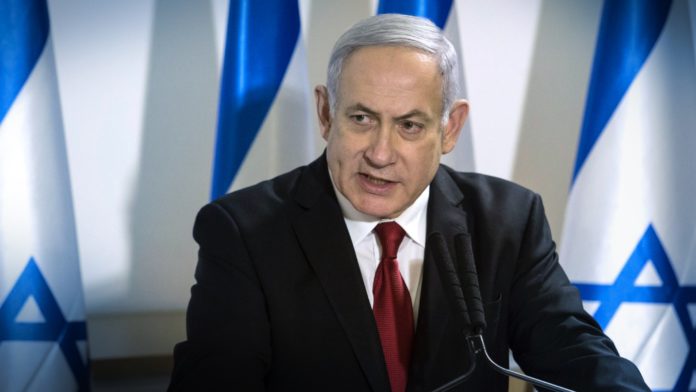 Israeli Prime Minister Benjamin Netanyahu warned on Sunday that Israel will not tolerate any aggression from Gaza and is prepared to conduct “devastating action” against the terror groups in the Palestinian enclave.

In his opening remarks at the security cabinet meeting on Sunday, Netanyahu said that he was not going to reveal all of Israel’s military activities to the press, but said those were “very strong, and they have not yet ended, to put it mildly”.

He also issued a threat to the Hamas and Palestinian Islamic Jihad chiefs, urging them to mull of the fate of a PIJ commander killed in the Gaza Strip earlier.

Israel’s caretaker Defense Minister Naftali Bennett came up with a similar threat same day, warning that nobody would be off limits in the next Gaza operation.

The statements come at a time of increased tensions on Israel’s southern border, with rockets fired and balloon bombs launched by terror groups, prompting retaliation strikes from the IDF.

Netanyahu also put forward an initiative to establish a flight data center that will help Israel keep a closer eye on the air traffic in the country.

The PM said that the move would come in handy when facing the coronavirus outbreak, currently spread across over 20 countries, with its death toll already above that of the SARS epidemic in 2002/03.

It would also be utilized to tackle crime, terrorism and illegal migration.

The security cabinet also approved a package worth 35 million NIS (about 10.2 million USD) to invest into Ashkelon, a city near the border with Gaza; the funds are slated for public shelters, child care and emergency response measures.