Netanyahu Thanks Trump: You Corrected a Historic Injustice 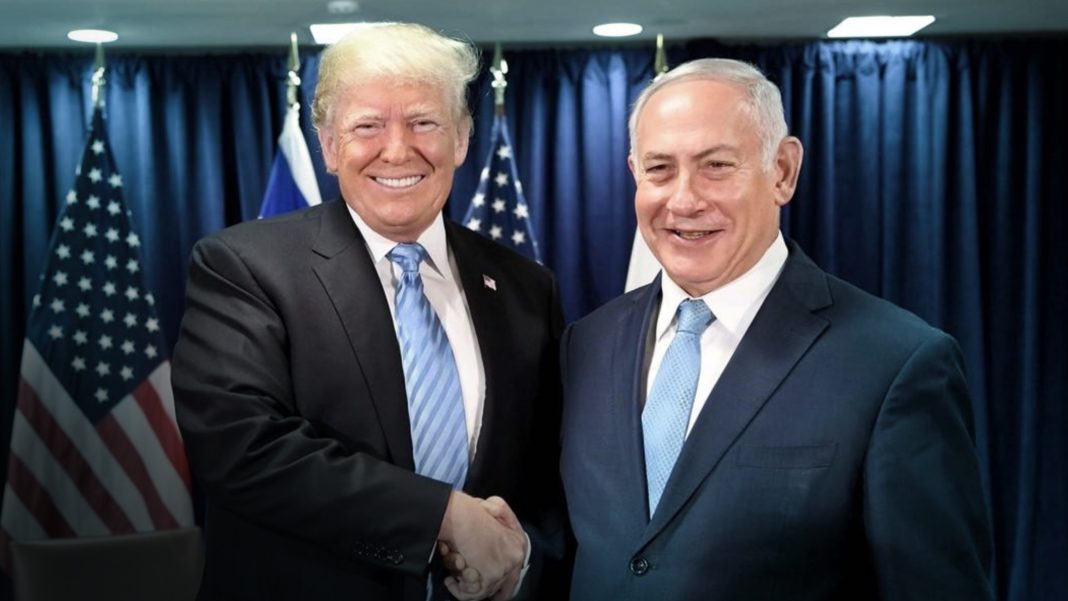 Prime Minister Binyamin Netanyahu on Monday night spoke on the phone with US President Donald Trump following US Secretary of State Mike Pompeo’s statement that the US no longer considers Jewish communities in Judea and Samaria to be contrary to international law.

Netanyahu thanked President Trump and told him he had corrected a historic injustice, and that someone had to tell the simple truth and he did that, as he had done in recognizing the Golan Heights and in the relocation of US the embassy to Jerusalem.

“We are not in a foreign country, this has been our homeland for over 3000 years. The reason why we are called ‘Jews’ is because we came from here, from Judea. It does not prevent negotiations, on the contrary – it promotes peace because it is impossible to build true peace based on lies,” said Netanyahu.

Pompeo stated earlier that the American government does not consider Jewish communities in Judea and Samaria to be in violation of international law.

“The Trump Administration is reversing the Obama Administration’s towards Israeli settlements. US public statements on settlement activities in the West Bank have been inconsistent over decades,” he said at a press conference.

“In 1978, the Carter Administration categorically concluded that Israel’s establishment of civilian settlements was inconsistent with international law. However, in 1981, President Reagan disagreed with that conclusion and stated that he didn’t believe that the settlements were inherently illegal. Subsequent administrations recognized that unrestrained settlement activity could be an obstacle to peace, but they wisely and prudently recognized that dwelling on legal positions didn’t advance peace,” Pompeo explained.

Pompeo’s announcement comes, among other things, against the backdrop of the EU’s decision to order member states to label products from Judea and Samaria, the Golan Heights and eastern Jerusalem, a decision which was condemned by the Americans.

A political source on Monday evening said that Netanyahu has been talking to the US administration in recent months on the issue of changing its policy vis-à-vis Judea and Samaria. The source said the decision was also made in coordination with the National Security Council, the Attorney General and his team which deals with matters related to international law.