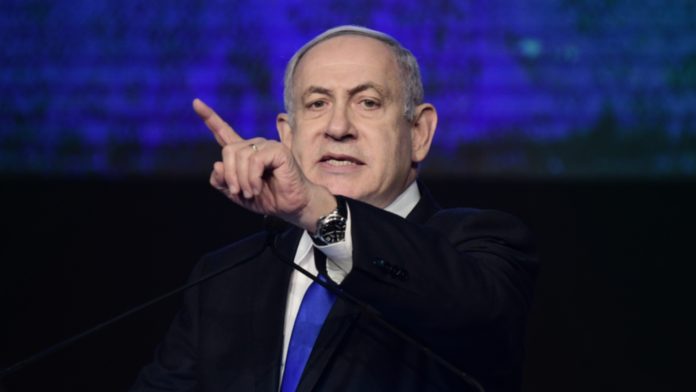 Israeli Prime Minister Benjamin Netanyahu held a rally in Tel Aviv on Sunday decrying the possibility that Benny Gantz is set to form a minority government backed by the Arab Joint List alliance in the coming days.

Such a move was a “slap in the face of IDF soldiers,” Netanyahu stated in front of a rally of Likud supporters who booed at the remark.

“But this would be a national historic terror attack against the State of Israel and must not happen,” the prime minister added.

“We need unity — not minority,” added Netanyahu. “Remove this delusional idea” of a minority government off the table, “right now, tonight.”

“Residents of the south did not get an ’emergency rally,’ neither did the sick who are strewn in the corridors, not the elderly or disabled,” the party said in a statement. “As usual, Netanyahu only worries about Netanyahu.”