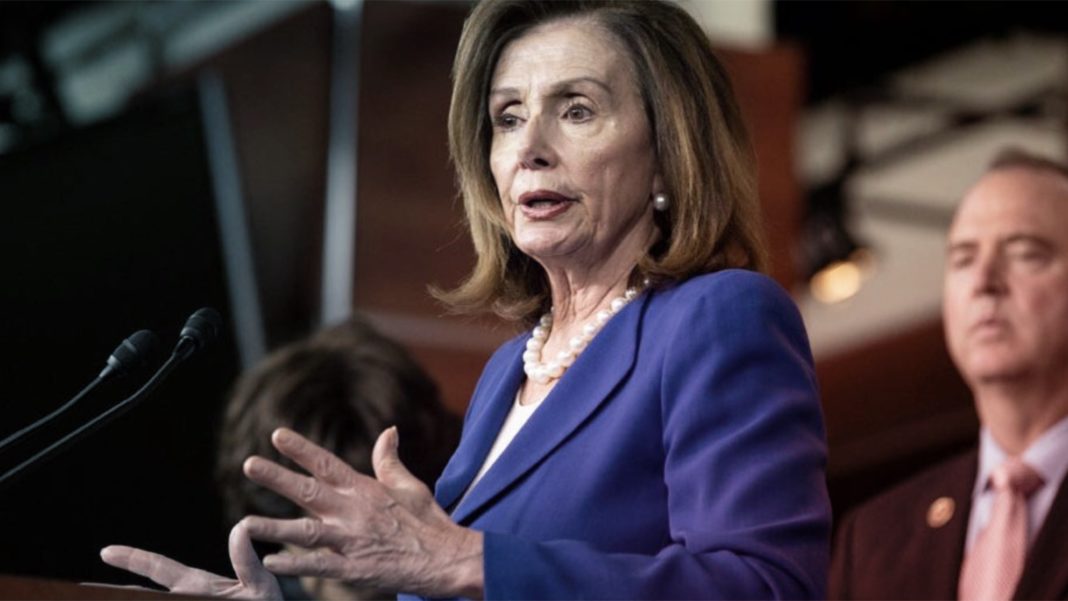 House Speaker Nancy Pelosi (D-CA) and Rules Committee Chairman James McGovern (D-MA) unveiled the rules for the 117th Congress on Friday, which contain “future-focused” proposals, including the elimination of gendered terms, such as “father, mother, son, and daughter.”

“This package, which will be introduced and voted on once the new Congress convenes, includes sweeping ethics reforms, increases accountability for the American people, and makes this House of Representatives the most inclusive in history,” said the House Committee on Rules in a statement.

House Speaker Pelosi went on to say she is “pleased to join Chairman Jim McGovern in introducing this visionary rules package, which reflects the views and values of the full range of our historically diverse House Democratic Majority.”

“Thanks to the leadership of Chairman McGovern and our Members, Democrats have crafted a package of unprecedented, bold reforms, which will make the House more accountable, transparent, and effective in our work to meet the needs of the American people,” said Pelosi.

“These future-focused proposals reflect our priorities as a Caucus and as a Country,” the House Speaker added.

Within the proposals are the creation of the “Select Committee on Economic Disparity and Fairness in Growth,” which would require Congress to “honor all gender identities by changing pronouns and familial relationships in the House rules to be gender neutral.”

Franklin Graham – “House Speaker Nancy Pelosi and Democratic Congressman James McGovern announced a set of changes to the House rules to enshrine what they call gender-inclusive language and stop the use of so-called non-inclusive words. Can you believe that they actually propose to strike the use of words including father, mother, son, daughter, aunt, uncle, husband, and wife? Yes, you read that right. I like House Minority Leader Kevin McCarthy’s response. He tweeted, “This is stupid. Signed, —a father, son, & brother.” These proposed changes will be voted on soon after the House enters the new session which starts today. God “created them male and female” (Genesis 1:27). It’s just a fact. If those claiming the name progressive are allowed to have their way, we won’t even recognize this nation in a very short time. Let your Representative in Congress know that you want them to vote no to this ridiculousness.”