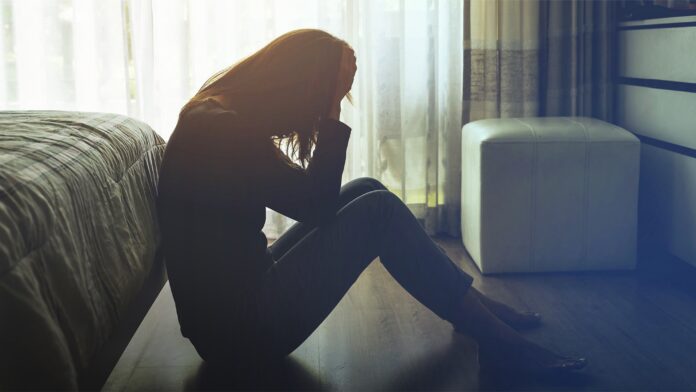 More than 25% of young Americans aged 18-24 have seriously considered killing themselves during the last month, according to the Morbidity and Mortality Weekly Report released on Thursday by the Centers for Disease Control and Prevention (CDC).

“The coronavirus disease 2019 (COVID-19) pandemic has been associated with mental health challenges related to the morbidity and mortality caused by the disease and to mitigation activities, including the impact of physical distancing and stay-at-home orders,” the report began. “Symptoms of anxiety disorder and depressive disorder increased considerably in the United States during April–June of 2020, compared with the same period in 2019.”

To assess mental health, substance use, and suicidal ideation during the pandemic, representative panel surveys were conducted among adults aged ≥18 years across the United States during June 24–30, 2020.

Overall, 40.9% of respondents reported at least one adverse mental or behavioral health condition, including symptoms of anxiety disorder or depressive disorder (30.9%), symptoms of a trauma- and stressor-related disorder (TSRD) related to the pandemic (26.3%), and having started or increased substance use to cope with stress or emotions related to COVID-19 (13.3%). The percentage of respondents who reported having seriously considered suicide in the 30 days before completing the survey (10.7%) was significantly higher among respondents aged 18–24 years (25.5%)[.]

The World Health Organization also recently reported skyrocketing levels of mental anguish worldwide since the advent of COVID-19. Substance abuse has also increased, WHO said, with “statistics from Canada [reporting] that 20% of 15-49 year-olds have increased their alcohol consumption during the pandemic.”

The report went on to advise, “Markedly elevated prevalences of reported adverse mental and behavioral health conditions associated with the COVID-19 pandemic highlight the broad impact of the pandemic and the need to prevent and treat these conditions.”

The CDC recently warned of severe consequences for young people if schools do not reopen in the fall, a position that President Donald Trump has echoed, despite pushback from some teachers’ unions. As The Daily Wire reported, “The AAP and CDC guidance says that children not allowed to attend school in the fall face greater risk of abuse, as well as detrimental impacts to their physical and emotional health. The advice also warns of lasting effects to a generation’s education and learning.”

Depression and Suicide: it’s all around us! For both Christian and non-Christian alike, the struggle with depression and suicidal thoughts is a huge issue in today’s culture. The question is: How do Christians deal with these struggles Biblically?