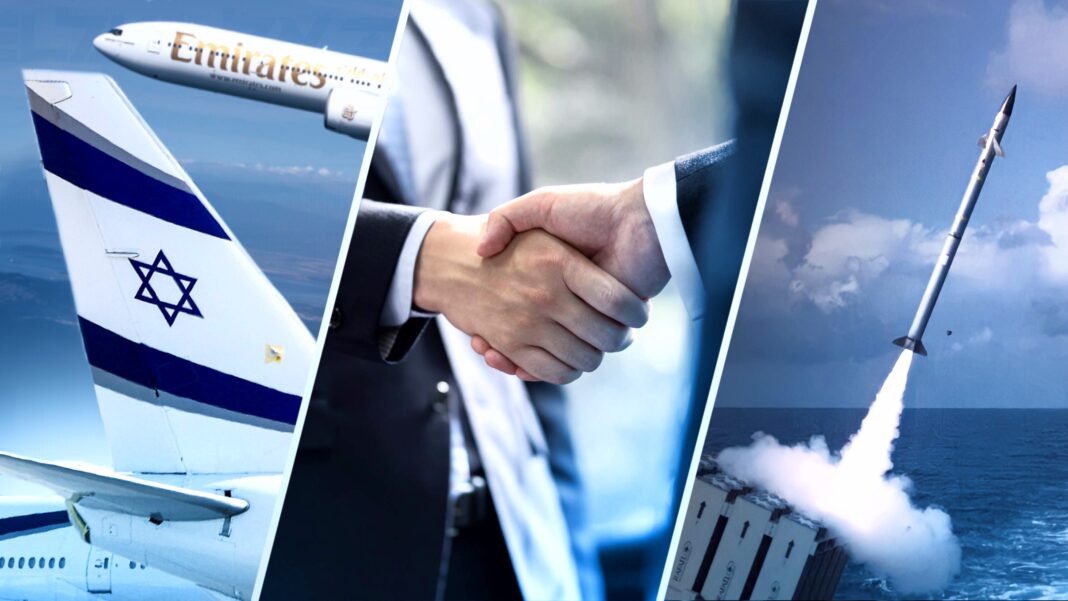 It’s been a good week for the friends of Israel, but not so good for our enemies. On the good guys side, there was a security export agreement between Israel and Cyprus allowing Israel to sell peripheral defense, monitoring, and control systems to our island neighbors. Also, direct flights are increasing between the United Arab Emirates and Israel as Emirates airline will begin daily round trips between Dubai and Tel Aviv.

For the bad guys, on Monday the Iron Dome missile defense system shot down a Hamas UAV (drone) over the Mediterranean. The Israeli Defense Forces (IDF) had monitored its movement from the moment it launched from Gaza. The Israeli military was mobilized again that same night with a large airstrike on Iranian-connected targets in Syria. The attacks targeted military weapons caches around Homs in Western Syria and Iranian-made air defense systems intended for Hezbollah being transported near Tartus. Likely it was all material that was delivered from a large Iranian cargo plane that landed four days ago. For more information about it, you can watch my Breaking News Update that I recorded as it was happening.

Cooperation between Israel and other countries continues to grow. Last week, the Israeli Mossad thwarted several Iranian Quds Force plots against Israeli tourists and businessmen in Africa, including the countries of Tanzania, Kenya, Senegal, and Ghana. Arrests were made. Then, in a rare act of cooperation between the IDF and the Egyptian army, the Egyptian military will be allowed to increase its presence around Rafah in the North Sinai. The purpose is to help combat ISIS in the region.

Iran continues to flex its muscles. On Sunday, the nation launched its annual Zolfaqar military exercise. The activity is comprehensive of all its military branches, and saw land exercises, missile launches from submarines, and attacks from its ARASH UAVs, which are suicide drones with a 2000 km range. You can learn more about this from my Breaking News Update from Monday. In other Iran news, Tehran has doubled its stockpile of enriched uranium in less than a month. Judging by their rhetoric, it is looking less and less like they’ll return to the negotiating table.

A drone laden with explosives slammed into the home of Iraqi Prime Minister Mustafa al-Kadhimi. The prime minister was unharmed, but members of his bodyguard were injured. The attack followed riots in Baghdad which were organized by pro-Iranian militias protesting election in which the Iranian-backed Shiites lost many parliament seats. The failed attempt has just amped up the national tension, and now tanks can be seen rolling down the streets of Baghdad. You can watch my Breaking News Update from Sunday for more information.

It has not been a good time to be a Houthi rebel these past three weeks. In that time period, more than 2200 fighters have been killed by Saudi forces. In one 24-hour period recently, more than 140 Houthi rebels were killed and 18 military vehicles were destroyed. To aid in this continued battle against Iranian proxy militias, the United States has approved a $650 million sale of air-to-air missiles to replenish the Saudi’s dwindling supply.

In a heinous plot to use humans as weapons, President Alexander Lukashenko of Belarus has lured thousands of immigrants from Iraq and other Asian nations into his country, then immediately forced them to the border with Poland.

Using violence of all types, the Belarusians have pushed these immigrants up against and over the border fence in order to spark an incident with Poland. As temperatures have dropped, already several people have frozen to death.