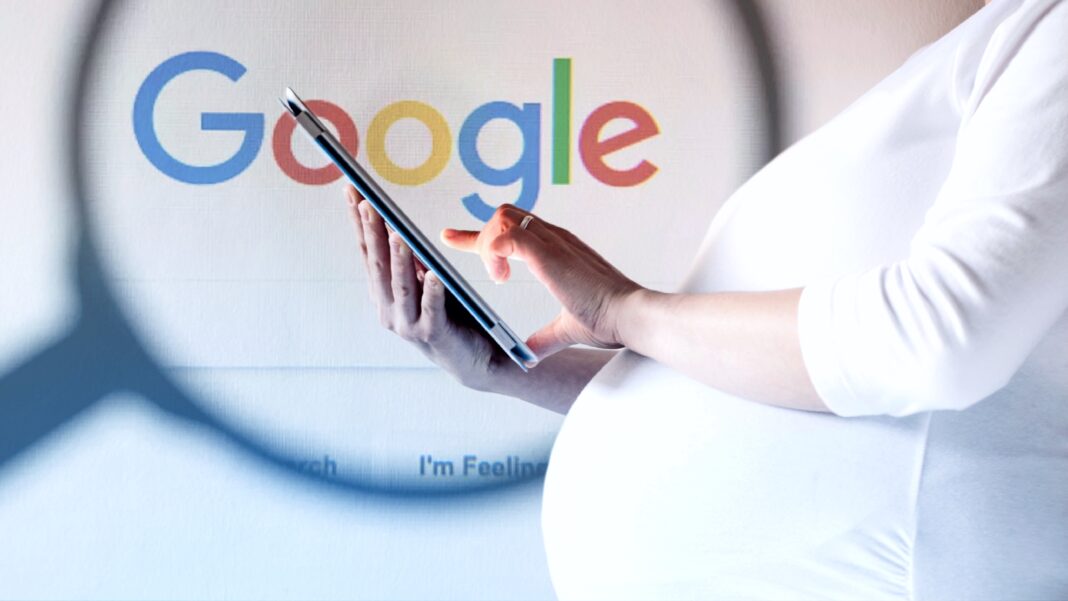 When Rebekah decided to have an abortion, she turned to Google.  It was easy for her to find an abortion provider, where she was given two pills that would terminate her pregnancy.  She took the first one, then changed her mind, choosing to keep her baby.  So she turned to Google again and found information about Abortion Pill Reversal (APR) treatment.  A doctor prescribed hormone therapy, and she was able to stop the abortion process and save her child.

Rebekah’s son, now seven, is one of some 2,500 children born to mothers who have changed their minds midway through the abortion-by-pill process.  Although APR treatment involves an FDA-approved and regularly-prescribed hormone – progesterone – it’s far less widely known than medical abortion itself.  Google would like to keep it that way.  The Big Tech giant has banned ads promoting APR from its platform, restricting access to this life-saving treatment from women seeking to make informed decisions about their health – and the lives of their children.

This is more than just another assault by a tech company against free speech, which sadly happens too often. This time, Big Tech has taken a stand against the preservation of life by withholding information that could save it. And they’re doing it for cynical political reasons.

Pro-life groups like my organization, Live Action, had been running hundreds of thousands of ads directing women to an APR hotline that can provide them with the healthcare information needed to save their baby’s life and then connect them with a local doctor who can help.  For months, Google approved these ads and ran them regularly.  Then a pro-abortion group calling itself the “Center Against Digital Hate” got involved. They launched a dishonest, anti-science attack on APR and demanded Google stop running these ads. Nobody seemed at all curious about why a group whose stated goal is to prevent online hate speech takes such offense at an ad that offers an alternative health care option to women, or what their real agenda might be.

Google did not contact Live Action to ask for further information, or for scientific corroboration of the medical efficacy of APR.  Instead, they apologized to CCDH and took down the educational ads explaining that they now violated Google’s policy against “unreliable claims”.

The only thing “unreliable” is Google’s capricious advertising policy.  They continue to advertise the dangerous abortion pill, not to mention even more dubious so-called health products.  From magical supplements that alleviate joint pain to copper-infused socks, Google has no issue with targeting ads to sick and vulnerable people seeking relief – practices that helped the company rake in more than $145 billion in ad revenue last year.  Yet, women can’t view information about abortion pill reversal – a treatment that is safe, scientifically sound, and most importantly, effective at saving the life of a preborn child.

Every child saved by APR is one that escapes the fate of the 2,363 babies aborted every day in America.  That’s the equivalent of four elementary schools, or 72 school busses.  That horrific statistic is a sign of our country’s moral decay, but it’s also a sign of the booming abortion industry, and its grisly work being aided by Big Tech ads.  Google isn’t the only one censoring ARP ads.  Live Action has had our ads similarly rejected by Twitter and our organization blocked altogether by Pinterest, while these tech giants continue advertising abortion providers.

There should be no harm in letting women know they have choices.  If they chose to have a medical abortion, they can choose to stop it.  The motivation behind Google’s decision to keep that information from them lies in a desire to censor the very idea that abortion can be regrettable.  The fact that some women may dare to change their minds runs counter to the abortion industry’s efforts to present abortion as a simple act of “healthcare”.

But it seems the abortion industry and their powerful allies are nervous. The pro-life movement is gaining ground.  In December, the Supreme Court will hear a critical case that could likely reverse the constitutional fiction created by Roe v. Wade.  What do proponents of abortion do when they see the Roe regime under threat? They use the institutions at their command, including Big Tech allies like Google – a gatekeeper of information for every individual with internet access – to censor opposing ideas.

Our culture at all costs seeks to hide the truth surrounding the evils of abortion. Those that are Pro-Life are being silenced. Movies and documentaries surrounding the true horrors of Abortion are censored.

A person should ask themselves, why? Why is the basic and scientific knowledge of the humanity of the unborn actively being kept from public view? Why are liberal legislators actively working to stop women from viewing ultrasounds prior to receiving abortions? Why are people not educated about the dark, racist history of abortion’s founding women?

The Bible, states that in the time prior to Jesus’ return, there will be a “loss of natural affection” in society (2 Timothy 3:3). Sadly, we have seen that the collective conscience of our society has been seared. Hollywood has had a heavy hand in the move away from Biblical truth and morality, as they work to normalize sin and dehumanize the unborn.

Generations of women have, through Biblical ignorance, been convinced by our increasingly secular world that such evil is acceptable. The only resolution to these things is found in Jesus Christ.

The abortion industry has been “successful” because of our society’s continually expanding rejection of God and Biblical Truth.

Ray Comfort in his article, “Abortion Conversations Should Lead to the Cross,” wrote:

While we must address the evil of abortion, we should always keep in mind that it is only one symptom of a generation that has become godless. It is a branch, not the root. Our agenda as Christians isn’t moral reformation, but to see sinners saved from the Day of Judgment through the righteousness of Jesus. He saves us from wrath to come (see 1 Thessalonians 1:10). And the fruit of the Gospel will be that men and women forsake all evil.