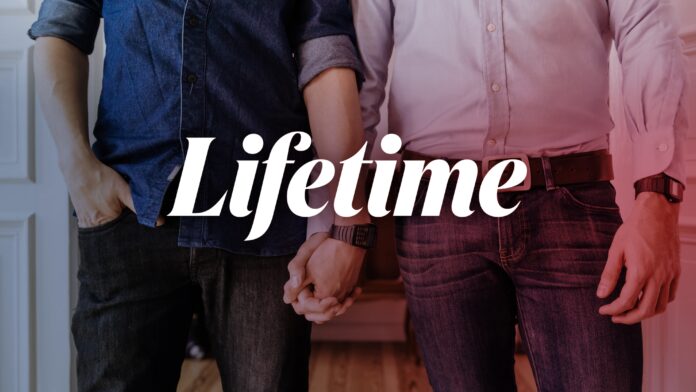 Lifetime cable network has announced that one of its upcoming Christmas movies will be its first to feature a same-sex romance as the lead story.

“We’re proud that we were able to share an amazing storyline last year featuring a same-sex kiss in ‘Twinkle All the Way,’” Lifetime and LMN head of programming Amy Winter said, according to The Wrap.

Romans 1:28,32 KJV – “And even as they did not like to retain God in their knowledge, God gave them over to a reprobate mind, to do those things which are not convenient… Who knowing the judgment of God, that they which commit such things are worthy of death, not only do the same, but have pleasure in them that do them.”

Last year’s “Twinkle All the Way” featured a same-sex kiss between secondary characters.

“And this year, we’re even more proud to announce one of our Christmas movies will feature an LGBTQ lead story because, at Lifetime, the holidays truly are for everyone,” Winter added, referring to the film “The Christmas Set Up.”

In July, Lifetime’s rival Hallmark Channel, which portrays itself as the “country’s leading destination for quality family entertainment,” announced it would feature in the coming months “LGBTQ storylines, characters, and actors.”

“Diversity and inclusion is a top priority for us and we look forward to making more programming announcements in the coming months, with projects featuring LGBTQ storylines, characters, and actors,” Hallmark said in a recent statement. “We are committed to creating a Hallmark experience where everyone feels welcome.”

In December, the channel apologized for removing an ad from Zola.com, the wedding planning site, that featured two brides kissing. Hallmark reinstated it after backlash from gay rights advocates.

Conservative group One Million Moms said in a petition at the time, “The Hallmark Channel has always been known for its family-friendly movies. Even its commercials are usually safe for family viewing. But unfortunately, that is not the case anymore.”

In March,  Disney-Pixar released the film “Onward,” featuring a self-identified lesbian heroine with a girlfriend, the first-ever animated LGBT character in the Disney-Pixar universe.

“It just kind of happened,” the film’s producer, Kori Rae, said before the film’s release. “The scene, when we wrote it, was kind of fitting and it opens up the world a little bit, and that’s what we wanted.”

The season three finale of the series concluded with the scene between Cyrus Goodman (played by Joshua Rush) confessing his attraction to his classmate TJ Kippen (Luke Mullen).

While this was Disney’s first depiction of a teen same-sex relationship, the first same-sex adult couple in a Disney show for kids occurred in 2014 on “Good Luck Charlie.”