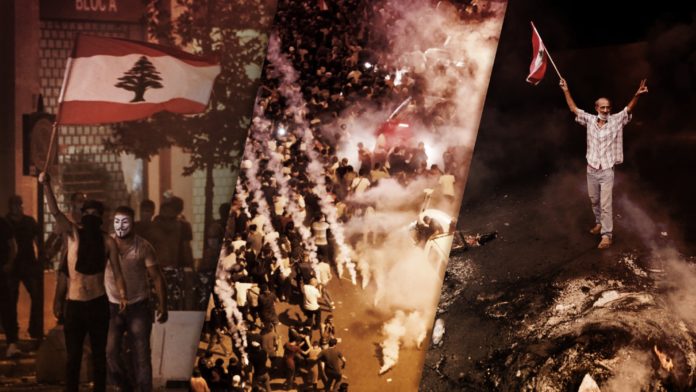 Prime Minister Saad Hariri set a 72-hour deadline to resolve Lebanon’s economic crisis after tens of thousands took to the streets, demanding the resignation of a government they say has demolished the country’s economy.

The demonstrators burnt tires and shouted slogans on the second day of mass public unrest that hit Lebanon after the government came up with a controversial plan to tax the use of popular messaging app Whatsapp.

The protesters are demanding a sweeping overhaul of Lebanon’s political system, citing grievances ranging from austerity measures to poor infrastructure.

Lebanon’s premier Saad Hariri on Friday gave his government three days to back key reforms as protests against the political elite and austerity measures rocked the country for a second day.

“I’m setting a very short deadline. Either our partners in the coalition government give a clear, decisive and final response to convince me, the Lebanese people and the international community… that everyone has decided on reforms, or I will have something else to say,” he said, laying down a 72-hour deadline.

Earlier in the day, President Aoun’s son-in-law, Foreign Minister Gebran Bassil, said that the government must work to implement the economic reforms that it had been delaying.

He also said that no new taxes must be introduced and warned should the sitting government resign, whoever comes next would be worse.

This seems to have done little to appease the protesters, however, as the country one of the largest cases of public unrest in years.