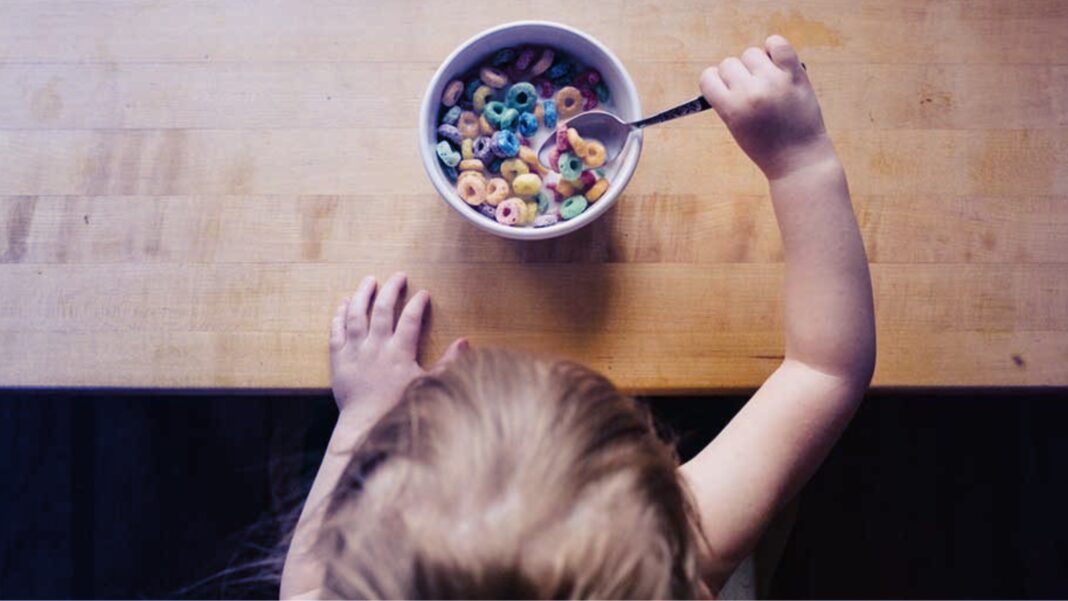 Everything must be gay now and the virtue must be signaled. Big Business has realized that there is a lot of money in wrapping yourself in the rainbow flag, and so as “Pride Month” (yes, an entire month) grows closer, corporate social media avatars, ATMs, and business signs will suddenly be bedecked in rainbows.

Kellogg’s, which has traditionally been known for its cartoon animals, is partnering with GLAAD (Gay & Lesbian Alliance Against Defamation) to release a new cereal called “Together With Pride,” which will hit the shelves next month and cost $4 per purple box — $3 of which will go to GLAAD. The cereal itself will feature rainbow-colored cereal in the shape of hearts and edible glitter. Kellogg’s, which has partnered with GLAAD at least once previously, has featured nearly all of its famous cartoon characters on the box.

“We believe that all young people and those young at heart deserve an environment where they can grow up to be their best selves,” the caption on the box reads. “That’s why we’ve joined forces with GLAAD by going purple on Spirit Day to stand up against bullying in all forms, and support a more accepting world for LGBTQ youth.” It goes without saying that this sort of publicity stunt also allows Kellogg’s to pose as being on The Right Side of History as opposed to merely a breakfast cereal — and it is important, apparently, for children to think deeply about gay issues at breakfast.

In fact, Kellogg’s went above and beyond to ensure that your kids can go woke just after waking. On the side of the box, children are asked to choose their pronouns, with options like “he/him,” “she/her,” and “they/them,” which, if you haven’t been keeping up, isn’t plural so much as “nonbinary” or just bewildered. There are also some helpful blanks spaces in case you want to fill in your own, because at this stage in the revolution we’re just making stuff up and everyone has to go along with it. (I’m not kidding. One clever teen chose “His Majesty” as his preferred pronoun.)

This sort of thing has become standard over the last few years, and it is a good indication of which way the cultural winds are blowing. Corporations are greedy, and so they have three primary reasons for going gay: First, they sense that the culture is leaning in that direction, and so they want to be seen as precisely where their customers are. Second, many corporate business leaders are filthy rich liberals who feel guilty about how well-off they are and feel the need to justify their wealth, and so joining the revolution on the Right Side is one way of doing that.

And third, many companies are [betraying] their employees in favor of their shareholders or utilizing cheap labor in developing countries, so it helps to have some woke credentials to stave off questions from progressives who trade social virtue signaling for actual leftist policies. Corporate power may be growing at a rate that makes the Gilded Age look poor, but GLAAD is glad to provide cover in exchange for a few bucks for decadent displays of public nudity.

The Bible instructs parents in Proverbs 22:6 to “Train up a child in the way he should go,” with Biblical truth! This verse is all the more relevant in a world where our children’s innocence is continuously in the crosshairs.