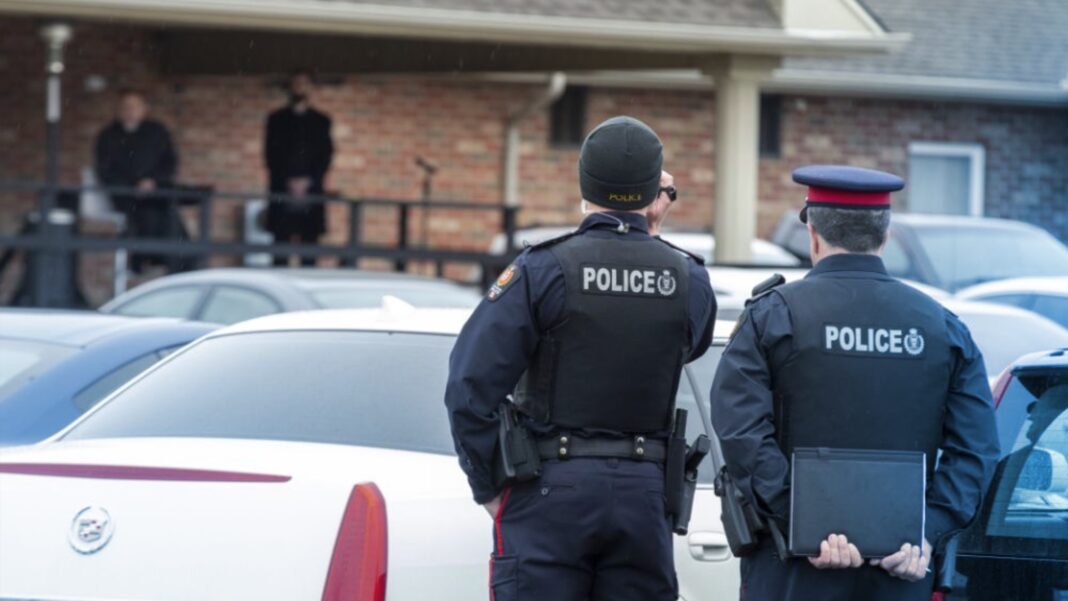 A Canadian church will for now at least not have its doors closed to its faithful by police and health officials after a judge today denied an Ontario Attorney General’s request to shut the church doors because it has stayed open contrary to draconian COVID-19 health rules.

Pastor Henry Hildebrandt of a Church located in Aylmer, Ontario, announced the news in a YouTube message posted today.

“God still is on his throne and prayer and fasting does move his arm. We thank God this morning that the judge ruled, at least until May 13th, that the doors would remain open and that there will be no fines issued,” said Hildebrandt.

“Whatever it takes, God will help us. God is the supreme judge, and what God does, what God allows is, well, it will be the best for his kingdom. May God help us decide if you would pray, especially for May 13th, when this matter will be before the judge again, so that it would be ruled according to what God wants it to be. God bless you. And thank you so very much again for your support and your prayers.”

In the letter, Downey’s office asked the courts to close the Church doors because it has been violating the Ontario Reopening Act.

The Attorney General in the letter sought at a “subsequent sanctions hearing, fines and an order directing the sheriff to lock the doors of the Respondent church until no gathering size limits apply to the church under the Reopening Ontario Act.”

The letter was also copied to Hildebrandt’s lawyers at the Justice Centre for Constitutional Freedoms (JCCF), who are working the case.

The JCCF told LifeSiteNews that they will have more to say about today’s ruling soon.

In his video message today, Hildebrandt said they woke this morning with “heavy hearts” expecting bad news, but thanked “God this morning for answering prayer.”

Hildebrandt thanked his legal team and JCCF lawyer Lisa Bildy, saying she spoke in defense of the church with “very strong words.”

“So we are very thankful, very thankful,” he said. “And thank you for your support and your prayers, the many, many messages you sent. God bless you for that. Please keep on praying that the Lord will help us. It is my utmost desire to preach the gospel, the good news, and bring sinners to Christ in a critical time like we’re living in right now.”

According to an Aylmer Express report, Justice Thomas also found today in contempt of the Church as a corporation, Hildebrandt, and Peter Wall – who works as an assistant pastor and church director at the church – because they defied a February court injunction on the church.

“I urge the parties to step back from the heated conflict,” said Justice Thomas, according to the Aylmer Express.

At the packed Sunday, April 25 service, Hildebrandt said he was “very ashamed of many, many pastors in this land” for being “noodlebacks” in going along with COVID-19 restrictions limiting church size.

Independent MP Derek Sloan and Independent Ontario MPP Randy Hillier both attended the service at the Church and spoke briefly from the pulpit. The pair have been charged by Aylmer Police for attending.

Both Sloan and Hillier noted on social media that they were pleased the judge denied the government’s request to close the Church doors.

Ontario Premier Doug Ford on April 16 introduced extended “stay at home orders” that placed a 10-person limit on church service attendance size, closed playgrounds, implemented provincial border checks, and gave police the power to stop anyone outside his or her home without cause.

After public backlash, the Ford government walked back some of its coronavirus rules less than a day later. Playgrounds were allowed to stay open, and police had to have “reason to suspect that you are participating in an organized public event or social gathering” in order to question people.

Although we are not in agreement with various doctrine matters with this church, the increase of Christian persecution, specifically by Governments, is relevant for the Body of Christ.