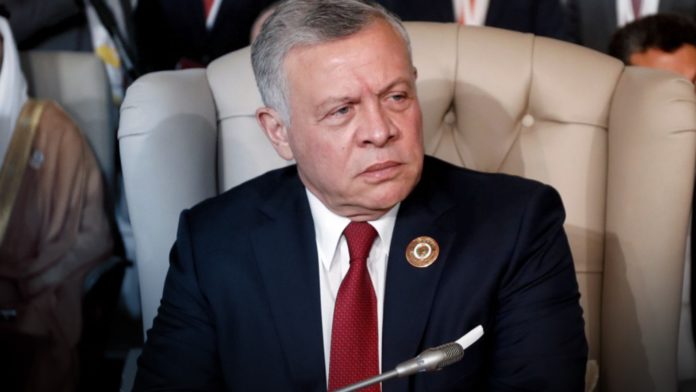 While Israel is prepared to begin the annexation of Judea & Samaria in the coming weeks, Jordan’s King Abdullah II bin Al-Hussein warns the Jewish State of a political conflict should they proceed.

On Friday, King Abdullah II bin Al-Hussein of Jordan warned Israel of an inevitable political conflict that would surface if the Jewish State proceeds as planned regarding the annexation of Judea & Samaria (The West Bank) and the Jordan Valley.

Though he issued a warning, he sought to clarify that he was not making any threats. And with Jordan being one of two Arab nations in the region who has a treaty with Israel, Abdullah refrained from saying whether the annexation would put this treaty in jeopardy or not.

Expressing his intent to take a rational approach to this situation, King Abdullah said, “I don’t want to make threats and create an atmosphere of loggerheads, but we are considering all options. We agree with many countries in Europe and the international community that the law of strength should not apply in the Middle East.”

Arguing against the annexation, King Abdullah stated, “Leaders who advocate a one-state solution do not understand what that would mean. What would happen if the Palestinian National Authority collapsed? There would be more chaos and extremism in the region. If Israel really annexed the West Bank in July, it would lead to a massive conflict with the Hashemite Kingdom of Jordan.”

While most of the European Union and much of the international community is opposed to the annexation, the United States remains in favor of Israel’s national sovereignty over the land, citing historical and biblical evidence.

Should Israel proceed, this will be the first time they’ve expressed sovereignty over Judea & Samaria in nearly 2,000 years.