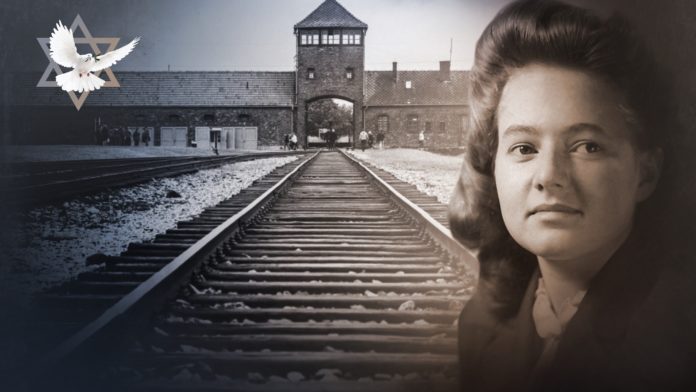 The following is an article written by Jan Markell recounting the past 40 years she has spent with holocaust survivor Anita Dittman whose testimony has shocked, inspired and encouraged readers of God’s presence and miracles in the direst of situations…

I was an aspiring young Christian writer in 1978. I had one successful book under my belt, published by Tyndale House. I was ready to set the world on fire. That’s when true stories of people who had gone from rags to riches, or better yet, from a sinful lifestyle to that of a victorious Christian, were big sellers.

My phone rang, and it was Pastor Alan Talley from Hope Presbyterian Church in a Minneapolis suburb. This was one Presbyterian church that was pro-Israel and that loved the Jews. “I’ve met someone, Jan, and she needs a book written about her life during World War II. She survived the Holocaust. I noted her accent and asked about her story. It is incredible. Her name is Anita Dittman.”

When I connected with Anita I had her recount her harrowing story. She captivated me. The Holocaust has always been a passion of mine. My paternal grandparents fled Lithuania in the early 1900s and came straight to Ellis Island, then to northern Minnesota.

As a result, the Holocaust was not going to be a part of my heritage. But it could have been. My grandparents just didn’t make the left turn into Europe way back then. They wanted to get as far away from the “Fiddler on the Roof” narrative as they could, as they had lived it. America was a better fit for them than Europe. But “what might have been” always intrigued me. The Holocaust could have come very close to home for me.

Anita and I spent weeks together as she relayed a story of deprivation, marginalization, starvation, separation, loneliness, isolation, fear and faith. How could this woman, then in her 50s, even stand up straight? She had lifted 100-pound items as a teenager as the Nazis perpetrated forced labor on her and her mother. They had been abandoned by her Aryan father.

She had made two escapes from concentration camps. She didn’t have sufficient food for 12 years. At one point she sent all of her meager rations to her mother who entered a camp before Anita was taken. Once in a camp, Anita chopped down trees in a forest in the bitter winter with barely enough clothing on. At the end of the war, she walked across part of Europe on a wounded leg to see if her mother had survived Camp Theresianstadt. Was I just looking at a living miracle? Perhaps so.

In everything she gave thanks! She had become a strong Christian in the midst of it all.

As I laid out the book, I told Anita that we had to focus on the miracles – the literal acts of God as He alone allowed her to survive a 12-year nightmare of unbelievable proportion. She agreed. All glory had to be given to God for keeping her and her mother alive so that she could spend her years of freedom telling this story.

A fertile imagination could not make up the scenes and scenarios that were a part of her life from ages 5 to 17. Corrie ten Boom had affected everyone, but Anita’s story was different. God’s constant intervention was nothing less than breathtaking. I wasn’t even sure written words could capture this. It required visible drama.

Tyndale House published “Angels in the Camp” in 1979 – just one version of a book that would have almost a 40-year lifespan, assorted publishers and more than one title. Books have short shelf lives. Only a few classic stories survive the test of time. But Anita Dittman’s ministry and story have survived four decades.

She has affected millions of people around the world, of all ages. Grade school children sit motionless as she relates her ordeal. They have no concept of war and concentration camps and deprivation and starvation. They don’t know the meaning of the word separation. Teenagers who lead a carefree life are stunned at her testimony and write her from many countries. Their world knows nothing of the dreaded knock on the door when family members are hauled off by the Gestapo.

Those who are of the World War II generation know of depravity and love to hear her relate her ordeal. They are deeply moved and comforted if they lost a loved one in that war. Anita brought the story home to them.

She will write to anyone and encourage them. She will let a stranger call her if they have questions or just want to talk to a Holocaust survivor, because along the way she can lift them up if they are low. She will tell these people about the miracles that kept her alive. If God can do that for me, He will do it for you, too! He is a miracle-working God she tells people.

Every fall Anita Dittman stands behind a book table at my annual prophecy conference and signs hundreds of her books. A German lady came up to her one year and wept. She apologized for the insanity of the Third Reich. What were they thinking? Anita talks to every person and makes them feel special. At 91 she has not slowed down. She just reminds all that we serve an amazing God.

The 40 years have raced by, but during that time millions more have learned that letting government become god as the Germans did is not a good idea. Her life verse is Romans 8:28 – that all things do work together for good for those who love God. Anita reminds every audience of that. That we really are under the shadow of His protective wings (Psalm 91:4).

A world without God will continue to oppress and persecute. The targets will be heavily Jews and Christians. Please don’t forget those who languish under deplorable conditions and never forget that one single tyrant can unleash a nightmare on millions of innocent people. 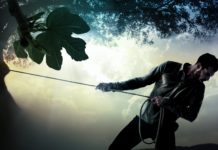 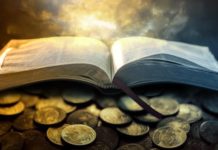 Jan Markell - July 7, 2020
Demonstrators and rioters, from sea to shining sea, tear down our cities and monuments with no restraints! Welcome to the New World Order...