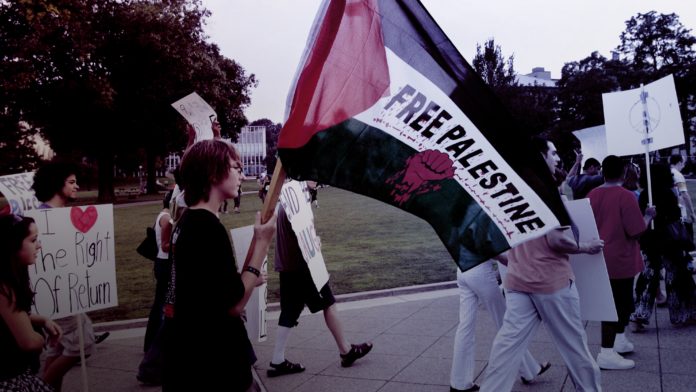 A messianic Jewish leader laments the blatant anti-Semitism she sees becoming commonplace on university campuses across the United States.

The lawsuit centered on the performance of a Palestinian rapper, Tamer Nafar, whose blatantly anti-Semitic song – “Mama, I Fell in Love with a Jew” – portrays the Jewish woman in the video as a gun-toting oppressor and the Palestinian man as the oppressed victim.

Jan Markell, founder and director of Minnesota-based Olive Tree Ministries, finds it “stunning” that the video portrayed the villain as an Israeli terrorist and the victim a Muslim.

“Let’s be honest,” she tells OneNewsNow: “The reality is just the opposite – at least in Israel where Israelis are victims of terrorism literally on a daily basis.”

And if a university held an anti-Muslim event with a song about a Muslim terrorist and a Jewish victim, “the whole country, maybe the whole world, would be up in arms,” Markell suggests. “But in this case at UNC … this anti-Semitic activity barely made any headlines.”

According to Markell, similar anti-Semitic activity isn’t limited to UNC. “I’ve got the University of Minnesota 20 minutes from me here in Minneapolis,” she offers, “and things are going on there every bit as bad as UNC. I call it the spirit of anti-Christ that is poured out across the whole world.”

These days it’s not uncommon for conservative speakers to be shouted down on college campuses. But in mid-November, conservative columnist Ben Shapiro – despite an assembly of noisy protestors outside and a smattering of them inside – was able to address some 1,500 students at Boston University.

Spencer Brown of the Young America’s Foundation, which hosted the November 13 event, says the syndicated columnist – a devout Jew who has been the target of anti-Semitic hate speech at other college venues – was able to deliver his speech, even though the school isn’t known for its conservatism.

“And yet even with that and a couple of hundred people protesting outside the venue, Shapiro was able to make a very strong case for conservative ideas and bring some intellectual diversity to that campus,” Brown tells OneNewsNow.

“They’ll call even someone like Ben Shapiro … an anti-Semite or a white supremacist,” he continues. “And it goes to show how little they actually know about conservatives or the ideas that they object to.”

Shapiro’s speech at the private research university was entitled titled “America was not built on slavery, it was built on freedom.”