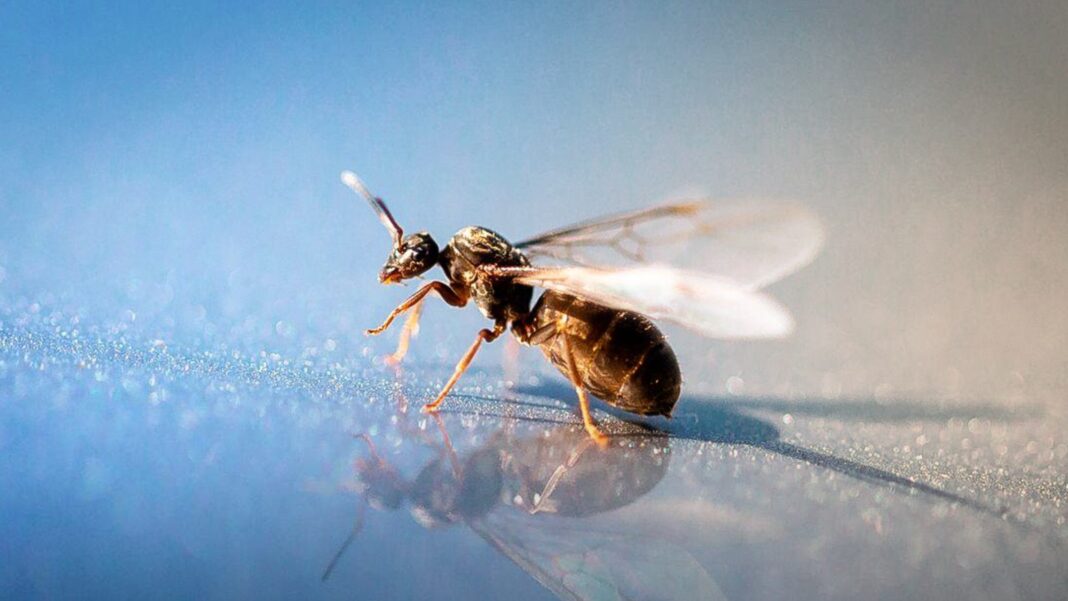 A swarm of ants flying over the UK was so big on Friday that it was picked up on radar and confused for rain, the Met Office has said.

Radar images released by Britain’s meteorological agency showed the capital, London, and large swathes of the south-east hit by what appears to be localised rain showers

Quite confusing as it was not raining.

“During the summer ants can take to the skies in a mass emergence usually on warm, humid and windless days,” it added.

A spokesperson for the Met Office told Euronews that to determine whether it’s raining, the radar sends out waves and measures how long it takes to come back.

The particles that the radar bounced back from on Friday in the south-east were not raindrop-shaped, confirming information from rain gauges and satellite imagery which showed there was not enough cloud cover to produce rain.

To find out what these particles were, meteorologists left being their high-tech equipment and instead turned to social media.

“Pictures and videos of flying ants were posted on Twitter from across the same area our radar picked them up. Even using the hashtag #flyingants or #flyingantday brought up a lot of results. So from all of the above we could then be more sure it was flying ants,” the spokesperson said.

It’s not unusual for swarms to be picked up by the Met Office radar. Earlier in the week, something similar was observed in the south-west of England.

These events are known as a Flying Ant Day, when males and new queens leave the nest to mate.

According to the Royal Society of Biology (RSB), weather is “absolutely critical” to the process as it must be warmer than 13°C with wind speeds under 6.3 metres per second.

The pattern of flying ants thus differs massively between years.

A survey found that of flying ants are spotted on as many as 96 per cent of days between the start of June and the start of September.

But in 2012, for instance, there were just a few days in late July and a few more in mid-August where around 80 per cent of the flying ant activity was focused, the RSB said.

“Prosecution blames mental illness for the crime. We join AJC in calling for the attack to be recognized for what it is—an act of Jew-hatred"
Read more
Asia

Emmanuel Macron triggers major backlash after his gov't tabled an amendment to radically change electoral law ahead of next year's election.
Read more