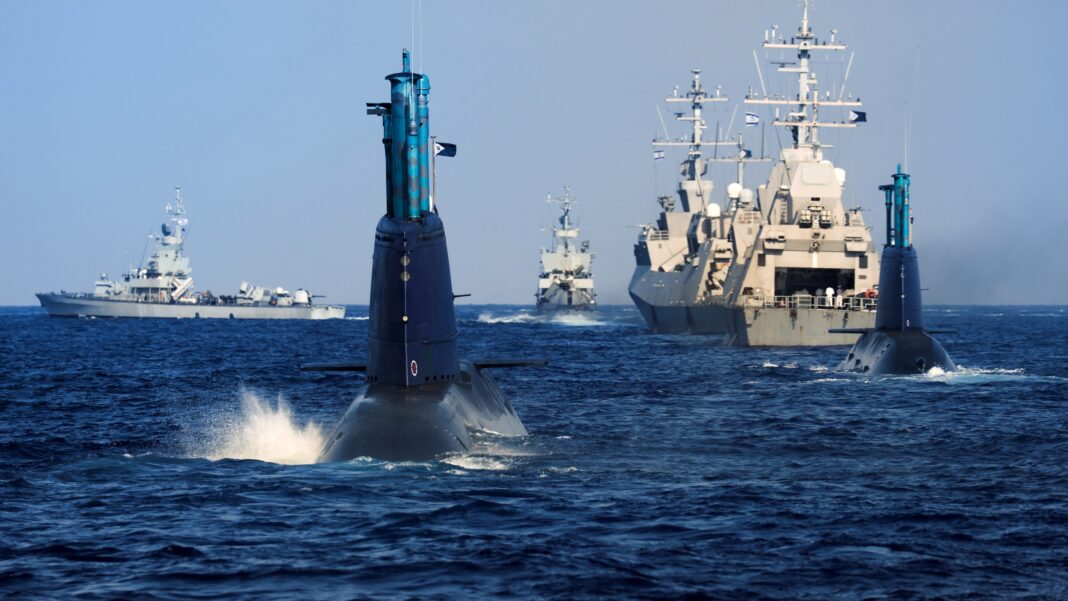 At-sea training in the multilateral drill held aboard the amphibious USS Portland transport vessel will “enhance interoperability between participating forces’ maritime interdiction teams,” according to a US statement.

Commander of NAVCENT, US 5th Fleet and Combined Maritime Forces Vice Admiral Brad Cooper stated that, “Maritime collaboration helps safeguard freedom of navigation and the free flow of trade, which are essential to regional security and stability.”

The Bahrain-based US 5th Fleet operates in the Red Sea, Arabian Gulf, Gulf of Oman and parts of the Indian Ocean.

The start of such military cooperation under US auspices could help counter Iran’s “power projection” in the region, said an Israeli naval officer in a briefing to journalists. Citing last July’s drone strike that killed 2 people on the Liberian-flagged Mercer Street petroleum product tankermanaged by an Israeli company, the source – who was speaking on condition of anonymity – stressed that the drill “will increase the cooperation and the safety of the Red Sea, but not just the Red Sea, because we are dealing with Iranian terror” in the region as a whole. Israel and world powers openly blamed the attack on the Islamic Republic, which denied involvement.

A statement from the IDF Spokesperson’s Unit emphasized that the joint exercise constitutes a beginning of cooperation between the participating countries against Iranian entrenchment in the maritime sphere.

Israel normalized diplomatic relations the UAE and Bahrain last year in the US-brokered Abraham Accords, brought together by shared concerns over regional threats posed by Iran as well as hopes of economic gains.

Regional tensions have been on the rise over Iran’s delay in returning to nuclear talks in Vienna that stalled since June, as well as concerns that the effort to revive the Joint Comprehensive Plan of Action (JCPOA) may ultimately fail when the Islamic Republic eventually re-engages in the negotiations on the announced date of 29 November.

In related developments, the IDF Spokesperson’s Unit revealed that Israeli F-15 fighter jets escorted 2 US Air Force B-1B Supersonic Strategic Heavy Bombers and a KC-10 re-fueler through Israeli skies en route from the Gulf for a second time in less than a month.

“The joint flight demonstrates (the continued U.S.-Israel) cooperation, which (Jerusalem regards as) crucial to the security of Israel and the Middle East,” said the Israeli military.

The B-1B bomber is 1 of 3 heavy strategic bombers utilized by the US Air Force. Due to the aircraft’s capacity to carry nuclear payloads and delivery systems, it is also uniquely capable of striking numerous targets simultaneously over a relatively broad span of territory, it is utilized to deter US enemies at times of heightened tensions – including the Islamic Republic of Iran.

Meanwhile, the Israeli army announced the conclusion this past Saturday of a 2-week-long joint exercise along with the US Marine Corps (USMC).

“A two-week-long multi-force training exercise led by IDF Ground Forces, in cooperation with MARCENT forces and the @USMC, has ended,” an Israeli military official posted on Twitter, adding, “US Marines trained alongside IDF troops with an emphasis on open and urban field combat. Looking forward to future cooperation!”

Last week Tehran held its own largescale sea, land and air Zolfaqar-1400 military drill in the Sea of Oman, northern parts of the Indian Ocean and east of the Strait of Hormuz.

“The military exercise in Iran’s coast on the Gulf of Oman aims to display the country’s military might and readiness to confront our enemies,” Rear Admiral Mahmoud Mousavi told state television.

A top Iranian commander also declared that the Islamic Republic would destroy Israel if it started a war.

“Any mistake by Israel in dealing with Tehran will accelerate its destruction,” declared the Commander of the Islamic Revolutionary Guards Corps (IRGC) Aerospace Force Amir Ali Hajizadeh, cited by the country’s semi-official Tasnim news agency.