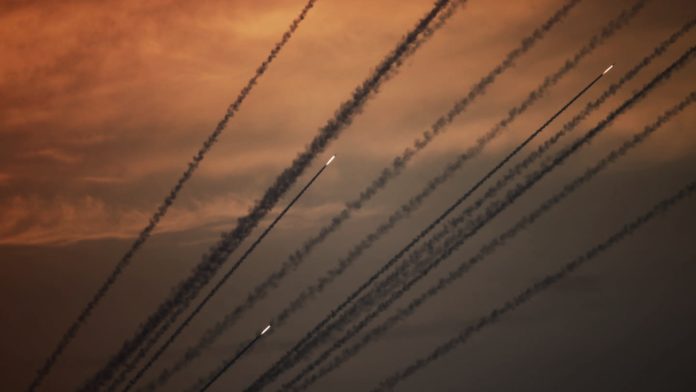 Isaiah 54:17 KJV – “No weapon that is formed against thee shall prosper…”

Over 1,500 rockets and mortars have been fired towards Israel over the past year from the Hamas-run Gaza Strip and over two dozen fired from Syria, a significant increase in the past four years.

According to numbers released by the Shin Bet (Israel Security Agency), more than 2,600 rockets and mortars have been fired over the past two years from Gaza. Over half were in the last year alone.

The majority of the rockets and mortars fired into southern Israel over the past year occurred during three violent rounds of conflict with the blockaded coastal enclave.

In late November 2018 over 500 rockets and mortars were fired towards southern Israel in the span of 48 hours, including a Kornet anti-tank missile towards an empty IDF bus after a botched IDF commando raid in the southern Gaza city of Khan Yunis.

In May 2019, Hamas and Palestinian Islamic Jihad (PIJ) launched 690 rockets and mortars towards Israel, again over the span of less than 48 hours. While the large majority of the projectiles landed in open territory, 240 were intercepted by the Iron Dome missile defense system and another 21 hit residential homes. One Kornet anti-tank missile was fired towards a civilian car, killing the driver.

Following the targeted assassination of PIJ commander Bahaa abu al-Ata in November, the group fired over 400 rockets and mortars towards southern and central Israel in less than 50 hours.

In March 2019 militants fired over 60 rockets into southern Israel after Israel retaliated for a long-range missile strike from Gaza which destroyed a civilian home some 120 km. away in the central Israeli community of Mishmeret, injuring seven members of one family and a neighbor.