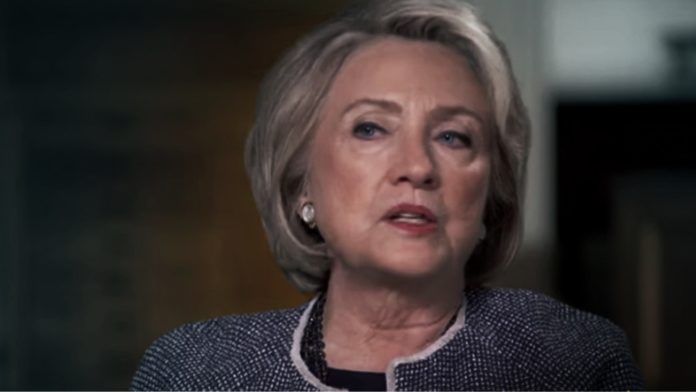 Is a Trump vs Hillary Round Two possible?

Based on bookies’ bets and a few recent actions, speculation is once again starting to grow that Hillary Clinton may be about to enter the Democratic Party presidential nominee race…

First, the repeatedly failed presidential candidate has a suddenly full media schedule this week, making appearances on CBS Sunday Morning, Stephen Colbert, and The View among others.

Secondly, as GatewayPundit notes, in the interview with CBS Sunday Morning that is airing this weekend, Clinton said that things happened during 2016 campaign that will not happen again, implying that she may be planning to try again.

“Look, there were many funny things that happened in my election that will not happen again,” Clinton said. “And I’m hoping that both the public and press understand the way Trump plays the game.”

Clinton went on to call President Donald Trump a “illegitimate president” and accusing him of winning by using voter purging and suppression.

“I believe he understands that the many varying tactics they used – from voter suppression and voter purging to hacking to the false stories – he knows that there were just a bunch of different reasons why the election turned out like it did.”

And reflects on “losing to a corrupt, human tornado.”

Thirdly, Clinton also asserted that she supports impeachment and thinks that people are attempting to spread “falsehoods” about Joe Biden.

“The most outrageously false things were said about me in 2016, and unfortunately, enough people believed them. So, this is an effort to sow these falsehoods against Biden,”

Fourthly, she has stepped up her attacks on Trump’s actions dramatically, seemingly forgetting her own:

“I don’t care who you’re for in the Democratic primary, or if you’re a Republican, when the president of the United States, who has taken an oath to protect and defend the Constitution, uses his position to in effect extort a foreign government for his own political purposes, I think that is very much what the Founders worried about in high crimes and misdemeanors.”

Finally, Wall Street’s worst nightmare appears to be coming true as Elizabeth Warren surges to the top of prediction markets’ expectationsfor who will get the nomination.

With Biden down – spun as “smeared by Trump” – who better than Hillary to step in statesman-like to defend Americans’ democracy?

Judging by the bookies’, admittedly still outside, odds, it is very possible…

We are sure President Trump will look forward to that.