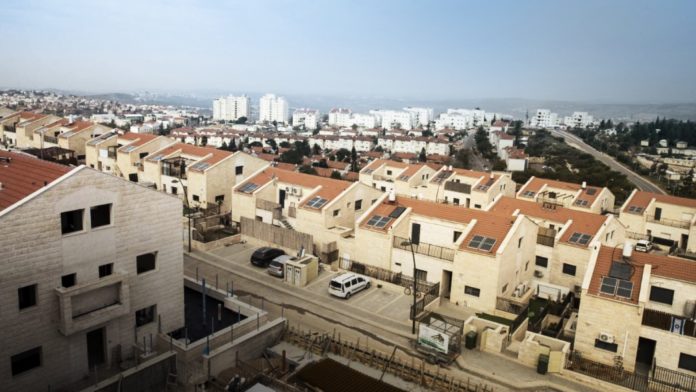 The European Court of Justice on Tuesday morning ruled that products made in Israeli settlements must be labeled as such, and may not be marketed as products of Israel.

The dramatic decision will likely cause already-tense relations between Jerusalem and Brussels to further deteriorate, as Israeli politicians from across the political spectrum have long rejected the European Union’s policy of distinguishing between goods made in Israel proper and those manufactured in areas that the EU does not recognize as sovereign Israeli territory.

“Foodstuffs originating in the territories occupied by the State of Israel must bear the indication of their territory of origin, accompanied, where those foodstuffs come from an Israeli settlement within that territory, by the indication of that provenance,” the court — the EU’s highest legal instance — said in a press release.

The full text of the verdict, handed down by 15 judges in the court’s Grand Chamber, was not immediately available.

In a statement, a spokesperson of the EU embassy in Ramat Gan said that “clear and non-misleading indication of origin is an essential part of the EU’s consumer policy.”

The court’s decision confirms the European Commission’s “interpretative notice” of 2015, which first introduced the need to label settlement goods as such, the spokesperson added. “The EU’s position regarding this issue did not change,” she said.

Products from Israel proper continue to have a “privileged trading relationship with the EU,” the spokesperson stressed, noting that such goods benefit from preferential tariff treatment upon their entry into the EU. “This situation will remain unchanged,” she said.

“The EU has a longstanding and well-known position that it will not recognize any changes to pre-1967 Israeli borders other than those agreed by the parties to the Israeli-Palestinian conflict,” she said. “The EU considers settlements in occupied territories illegal under international law.”

At the same time, the EU rejects “any form of boycott or sanctions against Israel” including the Boycott, Divestment, Sanctions (BDS) movement, she emphasized.

The court took on the case after Psagot Winery -— which is located in a settlement by the same name just north of Jerusalem — challenged a 2016 ruling by a French court that said goods produced in the West Bank, East Jerusalem and the Golan Heights must be labeled as originating in an “Israeli settlement.”

“We will study the decision and respond after we have studied it,” Psagot CEO Yaakov Berg told The Times of Israel in an initial statement minutes after the court in Luxembourg announced its verdict.

A short while later, The Lawfare Project, a New York-based pro-Israel advocacy group, released a statement in Berg’s name: “The Winery is proud of its contribution to combating this decision and intends to continue the struggle,” it said.

The statement also noted that several US Congressmen of the US government are supporting the winery’s battleagainst the EU’s labeling policy.

“As Israeli citizens, living in a community that has been approved by the Israeli government, we only wish to produce and export high standard wine that has earned its reputation worldwide,” Berg was quoted saying.

Brooke Goldstein, who heads the Lawfare Project and has provided legal counsel to Psagot, said the court’s decision “codify religious discrimination into law” and embarrasses Europe.

“There is no reason for products produced by Muslims and Jews in the same geographic place to be labelled differently. In fact, treating people differently because of their religion is the definition of bigotry and we know what happens when Europe goes down that track,” she said.

Just last week, Goldstein told The Times of Israel that she was “confident” that the EU court would rule in Psagot’s favor.

The Foreign Ministry and the Prime Minister’s Office did not have an immediate response to the court’s ruling.

However, the Israeli government expected the court’s verdict and tried to convince the winery to withdraw its appeal, several unnamed Israeli officials had said in recent days. They feared that the court would declare legally binding a policy that heretofore, while considered mandatory, was not enforced by many EU member states. Tuesday’s ruling was likely to boost the BDS movement, they had argued before it was handed down.

According to a Channel 13 report Monday, the Foreign Ministry instructed diplomats stationed in European capitals to warn their interlocutors that implementing the controversial policy could negatively impact relations with Israel.

The pro-settler Yesha Council denounced the court ruling, saying it mainly hurts the Arab residents of the West Bank who make a living working for Israeli companies.

“This is hypocritical decision, which stems from the lowest kind of anti-Semitism and we condemn it in the strongest possible terms,” the group said in a statement. It also called on the Israeli government to “act strongly” in order to annul the court ruling.

The Palestinians welcomed the court’s ruling, and called on European countries to implement “what is a legal and political obligation,” senior Palestine Liberation Organization official Saeb Erekat said in a statement.

“Our demand is not only for the correct labeling reflecting the certificate of origin of products coming from illegal colonial-settlements, but for the banning of those products from international markets,” he added.

In their decision Tuesday, the 15 judges wrote that it was necessary to label Israeli settlement goods as such “to prevent consumers from being misled as to the fact that the State of Israel is present in the territories concerned as an occupying power and not as a sovereign entity.”

The court further stated that Israeli settlements “are characterized by the fact that they give concrete expression to a policy of population transfer conducted by that state outside its territory, in violation of the rules of general international humanitarian law.”

A label that merely stated “Made in the West Bank” was insufficient, the court said, because customers would not have a way of knowing that the product they are considering purchasing originated in a locality established “in breach of the rules of international humanitarian law.”

“The European Court is approving putting a new kind of ‘Yellow Star’ on Jewish-made products,” said Eugene Kontorovich, a professor of international law and the director of International Law at the Jerusalem-based Kohelet Policy Forum.

“This is not about consumer protection, it is about adopting a unique legal standard for the Jewish state. The EU labels for these Jewish products are also unique among all product labelling in that they are not geographic — they are not about ‘where’ something was made but by ‘whom,’” he said.

Gerald Steinberg, a political science professor and the head of NGO Monitor, a Jerusalem-based watchdog group critical of pro-Palestinian nonprofits, said the EU’s product labelling is meant as a “gateway drug” towards BDS and other forms of demonization for anti-Israel groups.