International Criminal Court Prosecutor Fatou Bensouda has told the ICC’s Pretrial Chamber that a war crimes probe against Israelis can proceed despite the continued application of the Oslo Accords.

Israel and its allies have claimed that the Oslo Accords prevent the PA from seeking ICC involvement in a potential criminal issue and from seeking statehood absent a deal between the parties. Bensouda’s decision on Monday was a rejection of Israel’s legal argument.

Bensouda further expressed concern about the impact of annexation on the combustible Israeli-Palestinian conflict and said that any annexation by Israel of any part of the West Bank would not have legal validity.

The ICC chief prosecutor’s statement came in response to a May 27 request from the ICC Pretrial Chamber to clarify the status of the Oslo Accords and their impact on a war crimes probe against Israel.

The ICC asked the Palestinian Authority to declare whether the Oslo Accords are still legally binding. The request came after PA President Mahmoud Abbas declared on May 19 that the PA no longer viewed itself as bound by the Oslo Accords due to Israel’s intention to annex parts of the West Bank.

Responding to this question, the PA said that Abbas’s May 19 declaration was not part of the legal record of the war crimes case regarding Israel.

The PA explained that its position was that the ICC could probe Israelis for war crimes even if the Oslo Accords were still in effect – clearly implying that the PA has not abandoned the Oslo process on a formal legal level despite pronouncements claiming the opposite. It added that if Israel annexed the West Bank, however, this would officially cancel the Oslo Accords.

Now that Bensouda has replied, it remains to be seen if Israel will respond, and if it does, what position it will take.

Israel has until June 24 to reply, but may also choose not to so as not to give recognition to the ICC’s investigation.

Overall, the answers which the parties give could have implications for whether a war crimes case is brought against Israelis over the 2014 Gaza War, the settlement enterprise and the 2018-2019 Gaza border conflict.

In a brief filed by the Czech Republic supporting Israel, the argument was that the Oslo Accords give Israel exclusive jurisdiction over criminal issues in the West Bank relating to Israel, proving that there is no “State of Palestine” to send a case to the ICC.

Only a state can usually refer a case to the ICC.

Responding to these arguments, Bensouda, who supports opening a full war crimes probe of Israel and Hamas, has said that: “State practice demonstrates that Oslo provisions derogating from the right of the Palestinian people to self-determination do not apply.”

In other words, Bensouda – and the PA for that matter – had previously argued that even if the Oslo Accords were not nullified, the ICC can move forward with the war crimes case.

But it is a dicey and vague area of law and a potential winning argument for Israel which could knock the war crimes case out before it even comes to interrogations let alone indictments. In contrast, if the Oslo Accords do not apply, the PA can say that Israel has lost one of its best defenses to ICC involvement.

There are many other potential Israeli defenses, but the Oslo Accords have always been held up as the most important because the PA voluntarily entered the deal in the 1990s – long after the Six Day War.The Foreign Ministry has kept quiet on the issue to date.

Bensouda announced her intent to move forward against Israel and Hamas on December 20, but requested an endorsement from the ICC Pretrial Chamber. Even before this latest development, it was unclear when the ICC would issue its ruling. 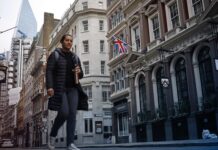