Hunted by Police, Thrown in Prison, Pastor Found Himself Ministering to Fellow Inmates 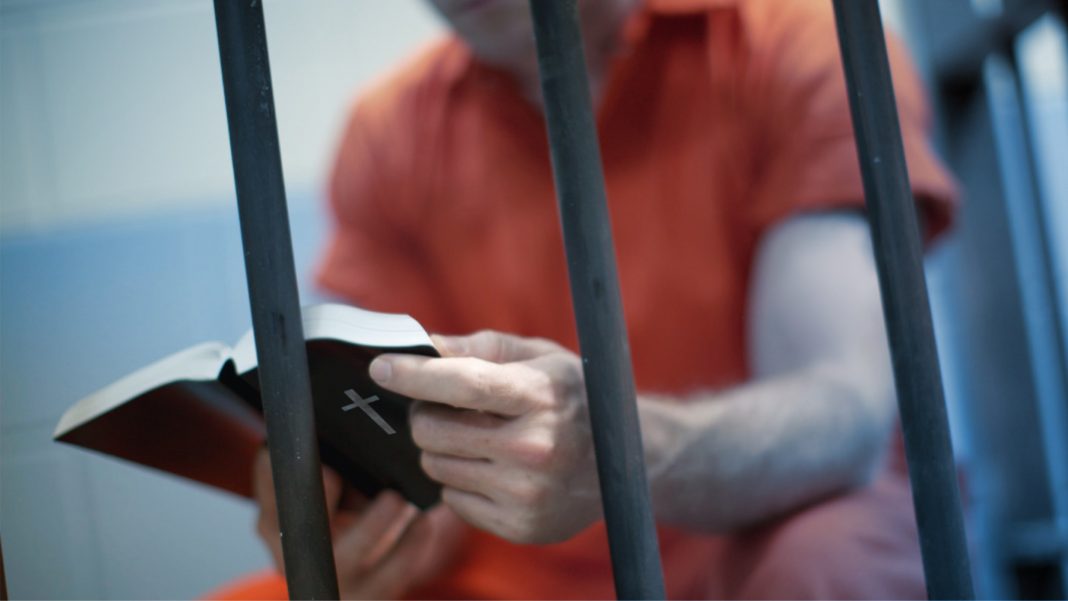 Pastor Tim Stephens, the Canadian pastor who was jailed after a police helicopter discovered where he was holding his church’s outdoor worship services, is speaking out about how his incarceration allowed him to minister to inmates.

As CBN’s Faithwire reported, Stephens, pastor of the Fairview Baptist Church in Calgary, Alberta, was arrested when law enforcement officers showed up at his home as his on-looking children cried.

Initially, Stephens was slated to remain behind bars at the Calgary Remand Centre until at least July 12 but plans changed when the court order under which the minister had been arrested was rescinded July 1 and he was released.

In an interview with conservative Canadian media outlet Rebel News, the Canadian pastor said he spent 17 nights and 18 days behind bars.

Stephens said due to the COVID-19 restrictions, the cell in the Remand Centre is very bare-boned, and prisoners are in their cells for 23 and one-half hours a day.

“You don’t know when you’re going to get out of your cell for that little bit of free time when you can make a phone call. When you can have a shower. It’s very rudimentary. It’s very difficult to try to get comfortable, because you don’t have a lot of necessities. You don’t even have a pillow,” he recalled. “You only have a few blankets and a very thin hard mattress.”

“It’s a very dehumanizing experience,” Stephens said. “Basically, you’re put into a small cage and you’re left there not really knowing what the next coming hours or days or weeks even may bring.”

The Fairview Baptist Church pastor told Rebel News that the other inmates for the most part treated him with respect.

“When they understood why I was there, they didn’t think it was right for me to be there,” said Stephens. “They would call me ‘pastor,’ they would open up about their own problems and want counsel, want advice. Even inmates who were hardened atheists came to appreciate where I was coming from and we developed a good friendship among those other inmates there in jail.”

Stephens also addressed the recent church burnings in Canada and said the Canadian Indian residential school program was a result of the government overstepping its authority.

“It’s a tragedy what’s happened,” he said referencing the schools for Indigenous children. “But the blame cannot be placed solely on the Christian church. What has happened then is actually what’s happening now, when the government is taking responsibility in areas that are not theirs to exercise responsibility.”

“Christians have been a scapegoat throughout time,” he said. “Because for the most part, Christians turn the other cheek rather than strike back.”

The pastor said there’s a reason his congregation will continue to hold worship services.

“We continue to go to church because it is not a matter of us trying to calculate based upon the consequences of our actions whether we should do it or not,” he said. “Our convictions are settled by the word of God and by our accountability to the Lord Jesus Christ. So out of obedience for Christ, we continue to gather and I continue to lead the church in gathering.”

James Coates who was the first Alberta Pastor arrested for refusing to close his church also recounted his time in prison, celebrating all of the opportunities he had “to share the Gospel.”

Coates further explained that the man who was in the cell next to him asked him to lead a Bible Study, during which, as they were reading together the book of John, three or four men heard and joined them.

When the Pastor was released from prison, he lifted up his hand to wave to the other inmates, he described, “and the doors of the pod began to shake as the men in their cells just banged on their doors as a sign of support, love, [and] affection.”

In the United States, Pastor John MacArthur, who also refused to close the doors of his church, faced constant threats of imprisonment from Los Angeles County. In an interview on Fox News, MacArthur told Laura Ingram that he is not afraid, “I’m hoping for a jail ministry,” he quipped, “bring it on!”

“You know my Biblical hero apart from the Lord Jesus Christ is the apostle Paul, and when he went into a town he didn’t ask what the hotel was like, he asked what the jail was like because he knew that’s where he was going to spend his time,” MacArthur said. “So, I don’t mind being a little apostolic if they want to tuck me into jail. I’m hoping for a jail ministry. I’ve done a lot of other ministries and haven’t had the opportunity to do that one, so bring it on!”