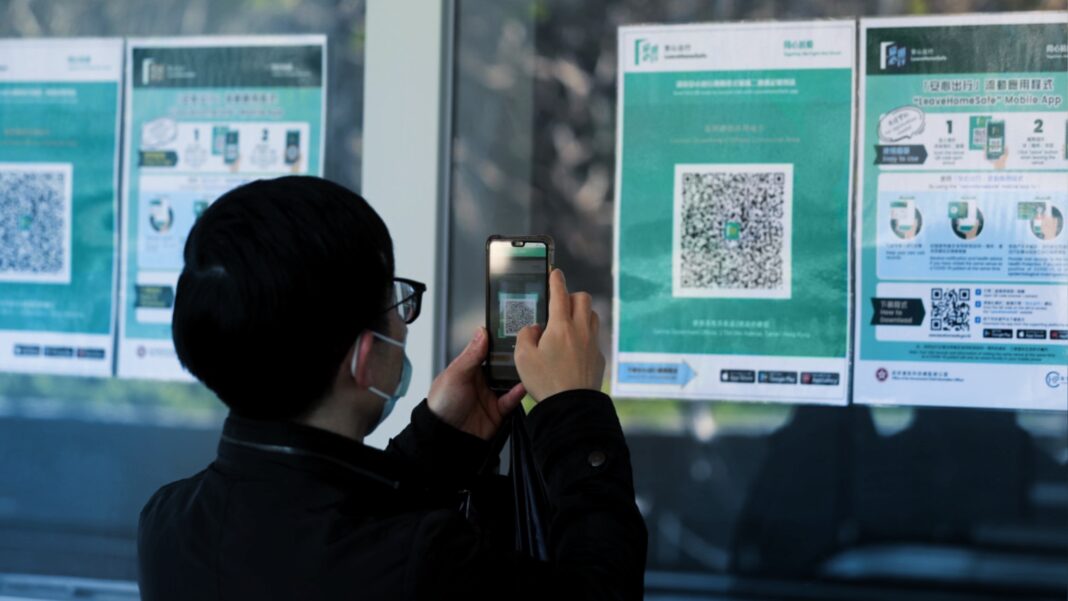 Those who wish to visit businesses, such as restaurants, will be required to scan a QR code with the app at the door. The option is also given for customers to write down their name and contact information before entering the establishment.

The app promises to keep users safe by notifying them if a person with the Wuhan coronavirus is identified at their recently visited locations.

Businesses that refuse to display the app’s “QR code poster” risk six months in prison or a maximum fine of $50,000.

Many Hong Kong citizens have refused to download the application, not wanting their privacy to be infringed upon by the government. In contrast, others, still uncomfortable with the idea of having their movements recorded, placed the app on their devices anyway to not be inconvenienced or further restricted.

“I am worried about my personal information, but since it’s now a requirement, and it’s more convenient, I have no other choice,” one man told the Hong Kong Free Press.

Meanwhile, electronic stores have seen a significant uptick in burner phone purchases, according to The Epoch Times. Vendors reportedly saw a 3-4 fold increase in inexpensive phone sales as people sought a “cheap smartphone that can run the LeaveHomeSafe app.”

“I’m buying a burner phone because the government clearly doesn’t trust Hong Kong people, so why would I trust them?” Reuters quoted a man named Vincent as saying.

The contact tracing app restrictions have already resulted in altercations. Breitbart recently reported an assault taking place at a Mcdonald’s after a man refused to download the tracing app or provide written documentation of his visit to the fast-food chain:

The suspect attempted to enter a McDonald’s restaurant in Hong Kong’s Ngau Chi Wan area at around 6:00 am on February 18, local news outlet HK01 reported. A staff member told the man to use the Hong Kong government’s “Leave Home Safe” app on his smartphone to scan a QR code outside the restaurant or enter his contact information on a paper form before entering the restaurant. City health authorities currently require all Hong Kong businesses to enforce the contact-tracing protocol as part of newly enacted coronavirus restrictions.

The suspect, believed to be in his 20s or 30s, “refused to download the app or write down his contact details,” according to the report. He then “entered the restaurant forcibly, but was stopped by the staff [member].” An argument soon sparked between the man and the McDonald’s worker, 26. During the altercation, “the customer used his phone to strike the worker before fleeing.”

Hong Kong’s Health Secretary, Sophia Chan, attempted to assure the public that safety should not be a concern, claiming data is only stored in individual phones and is not being collected.

However, Chan’s comments have not quelled the reluctance to be traced by the app due heavily to the lack of public trust the Chinese-ruled city has mustered since Beijing began to usurped their power in 2019.