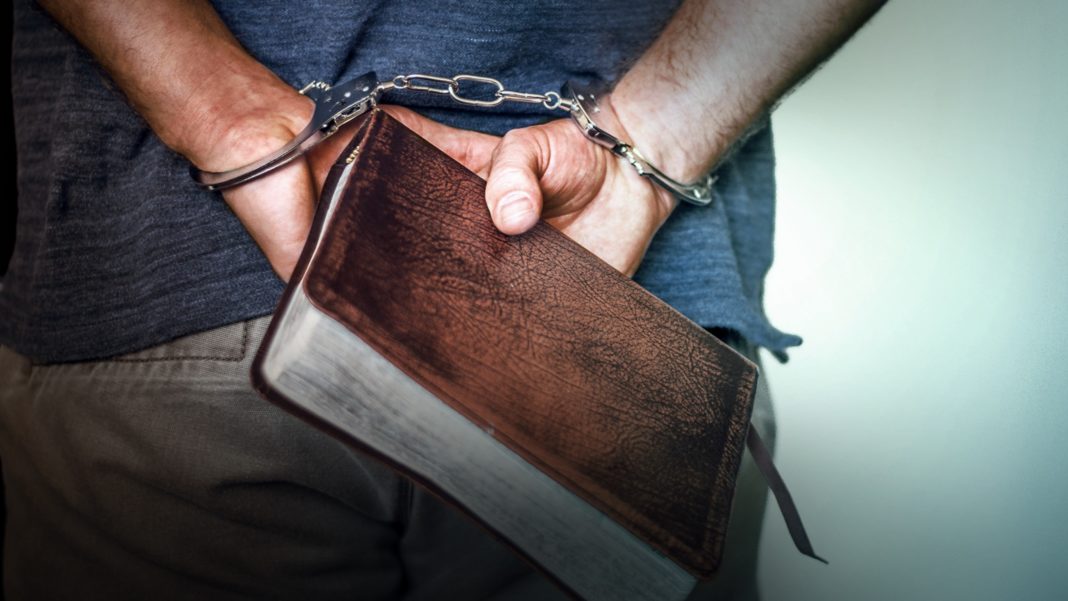 China’s blueprint for national security in Hong Kong puts pro-democracy activists, including pastors and religious leaders, at risk of being extradited to and tried in mainland China, a Christian persecution watchdog warns.

A draft of the new national security laws was passed by China Friday, which targets four new levels of criminal offenses in Hong Kong, including succession, subversion of state power, local terrorist activities, and collaborating with foreign or external foreign forces to endanger national security.

“Under such laws, vocal Hong Kong clergy who have been supportive of Hong Kong’s democracy movement, such as Cardinal Joseph Zen and Auxiliary Bishop Joseph Ha Chi-shing, could be extradited to mainland China to be tried, since Beijing considers them to be threats to the regime,” International Christian Concern (ICC), a U.S.-based Christian watchdog, said in a statement.

“Other hundreds of protestant leaders or Christian organizations who have actively spoken out against the Hong Kong government might face the same fate, since Beijing has said it considers the mass protests that began last June as terrorist acts and any calls for Hong Kong’s independence from China as acts of sedition.”

Hong Kong pastor Alan Keung, 28, joined a protest that turned violent, volunteering as a medic. With “pastor” written in English and Chinese on his helmet, he offered prayer and care to injured protesters police officers.

“I am not someone who merely stays in the church and talks about humanity, justice and morality, and ignores what’s going on at the frontline,” he told Reuters in November. “This is not what I want to do. I want to show my companionship at the frontline and to be in the crowd when I’m needed.”

China has been pushing to extend its security reach into Hong Kong following two years of pro-democracy protests in the city, and wants to create a new national security bureau in Hong Kong.

The Chinese government is attempting to enforce Article 23 of the Basic Law which says  Hong Kong will “enact laws on its own to prohibit any act of treason, secession, sedition [or] subversion against the Central People’s Government.” The law was created after the British handed the semi-autonomous territory over to mainland China in 1997, from previous colonial rule.

Local protests in Hong Kong have prevented the law from being enforced, but Chinese officials said last month the laws would be enacted “without delay.” The new national security laws could establish a police unit to enforce the new laws, along with placing secret police in Hong Kong.

“China’s notorious legal system and its lack of transparency can easily criminalize anybody and place them in jail,” ICC warns. “Many Chinese pastors and Christians, such as pastor Wang Yi, elder Qin Derfu, pastor John Cao, are now imprisoned for trumped-up charges, such as ‘subversion of state power,’ ‘illegal border crossing,’ and ‘illegal business operation.’”

U.S. Secretary of State Mike Pompeo has been openly critical of China’s attempt to usurp security powers in Hong Kong and said in late May, “Hong Kong no longer enjoys a high degree of autonomy.”

The group comprised of ministers from the United States, Canada, France, Germany, Italy, Japan, the United Kingdom, and the high representative of the European Union said that China’s efforts seriously jeopardize Hong Kong’s peace and success.

Hong Kong’s legislature already approved a bill making it illegal to insult the Chinese national anthem. Several leaders in the opposition party have been arrested after taking part in demonstrations.

“Our long march to democracy will be forced into a prolonged period of crackdown,” Hong Kong activist Joshua Wong said Thursday in an online pro-democracy event, adding opposition to the law “could be my last testimony [while] I am still free.”

The United Kingdom and Taiwan have set up an office specifically to help people trying to leave Hong Kong if the new laws are put in place.

"We made it clear to the venue at the time of booking we're a Christian organization–This is anti-religious discrimination, plain & simple"
Read more
Europe