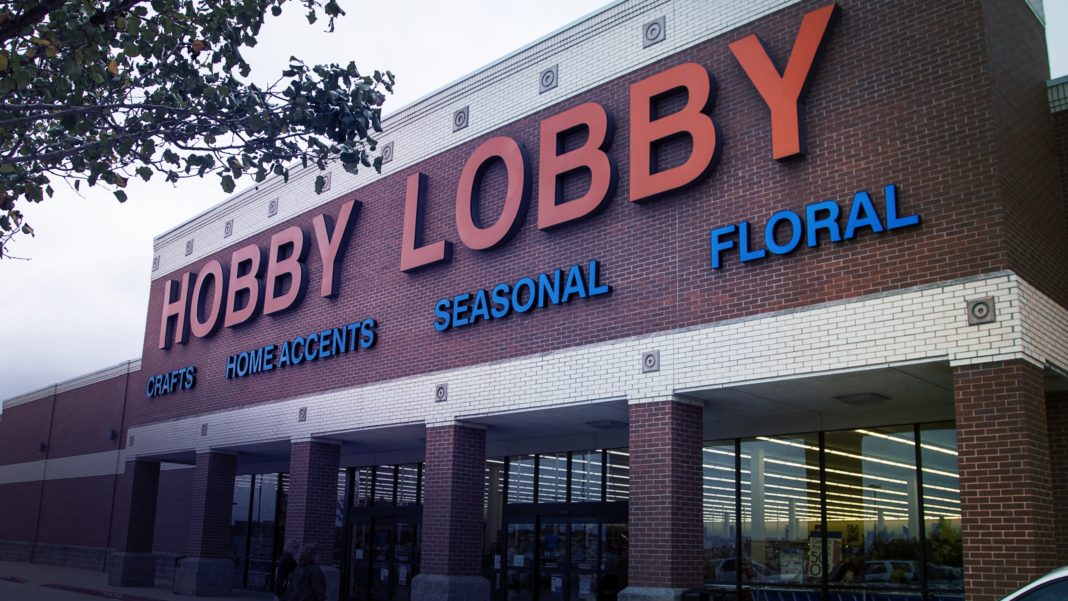 The Second District Appellate Court has ruled against Christian-owned Hobby Lobby, stating that the retailer “discriminated” and violated the human rights of a biological male who sought to use the women’s bathroom due to his claimed “gender identity.”

Hobby Lobby was ordered by the court to pay “Meggan” Sommerville $220,000 for emotional distress and attorney fees from the years-long legal battle.

The court stated that Hobby Lobby disregarded Illinois State law, by asking Sommerville, an employee, not to use the women’s facilities, but to instead use the unisex restroom in the store.

The retailer asserted that they tried to be accommodating to Sommerville, but the Christian company urged that they do not believe an individual can simply change their gender.

The ruling was a “first impressions” case, meaning that this jurisdiction had not previously made a ruling on this issue, therefore the court’s conclusion has set the precedent in the future.

The court also stated the fact Hobby Lobby has made a unisex bathroom available is “irrelevant” and “cannot cure its unequal treatment of Sommerville with respect to the women’s bathroom.”

The battle surrounding biological males’ use of women’s facilities has been a fiery debate for the past few years, with many warning it poses a considerable risk to the safety and privacy of women as well as forces adherence to a policy that contradicts scientific reality and the religious freedom of Christians.

In the case of Hobby Lobby, the court ignored their objections stating that there is “no evidence that Sommerville’s use of the women’s bathroom would pose a safety risk to other women.”

Adding, “The presence of a transgender person in a bathroom poses no greater inherent risk to privacy or safety than that posed by anyone else who uses the bathroom.”

The court also stated they are remanding “this case to the Commission for a determination of any additional damages and attorney fees that may be due.”

Ken Ham, Founder and CEO of Answers in Genesis, responded to the ruling, commending Hobby Lobby on Twitter for fighting to “protect women”, “follow true science,” and God’s Word.

“Thank you Hobby Lobby for doing your best to protect women & follow true science. Genetics, biology & physiology confirm what God’s Word teaches, there are only two genders of humans: ‘He [Jesus] answered, ‘Have you not read that he who created them from the beginning made them male and female’ (Mark 10:6).”

Sommerville’s Attorney, Jacob Meister, said “This decision will have national implications and start the process of courts around the country addressing the issue of bathroom access.”

Sadly, Meister may be correct. Rulings such as this have a tendency to embolden other radical Liberal judges to follow suit. This is especially the case considering the growing trend amongst courts and legislators of publically demonizing and seeking to criminalize Biblical morality.

We are witnessing our society moving increasingly toward secularism, moral relativism, and an anti-christian mindset.

Franklin Graham in an interview with Tony Perkins of the Family Research Council, reminded Christians, “We’re all going to get attacked no matter what we do if we stand for God’s Word. If we stand for truth, we will be attacked. We’ve got to have thick skin.”

“The worst thing that could happen is for the Lord Jesus Christ to come back and find us sitting on our hands and keeping our mouths shut. When He comes back, I hope he finds us fighting and standing for truth,” Graham urged. “I’m talking about standing up against this onslaught, this tsunami, this tidal wave of evil that is coming down on society today. I would encourage the church and pastors to speak out. This is the time for us to stand together and be one voice.”

In 2 Timothy 3, the Bible speaks of a time in which those who follow Biblical standards for morality will be despised and persecuted, and the truth would be resisted by “men of corrupt minds.”

As we near the return of Christ it is vitally important that Christians not cave to this pressure and loosen their grip on Biblical and scientific truth.