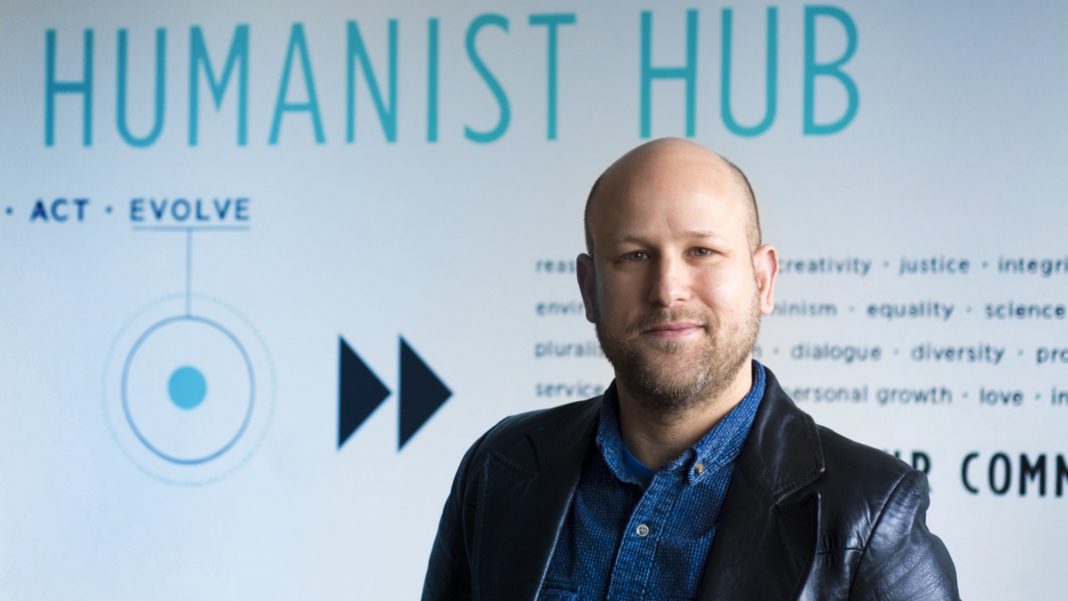 Harvard University has selected an atheist to be the school’s new chief chaplain.

Forty-four-year-old Greg Epstein, author of “Good Without God: What a Billion Nonreligious People Do Believe,” has served as Harvard’s humanist chaplain since 2005.

In a 2009 interview with the Harvard Gazette, Epstein recalled his time as a graduate student of Harvard Divinity School. He remembered reading about most of the world’s major religions but nothing on Humanism—or the belief that human needs and values are of prime importance. When he questioned a professor about the void of literature on Humanism, she encouraged him to write his own book about the topic.

“We don’t look to a god for answers,” Epstein told The New York Times. “We are each other’s answers.”

In his new role, he will lead the university’s community of more than 40 chaplains who represent “more than 20 different religious, spiritual and ethical traditions.” The school characterizes these chaplains as “professionals … who share a collective commitment to serving the spiritual needs of the students, faculty and staff.” Chaplains often work closely with students, both in groups and individually, and act as mentors and counselors.

“So much for ‘truth for Christ and the church’ (the original Harvard motto),” Sweeting posted.

That motto—Veritas Christo et Ecclesiae in Latin—was adopted by Harvard University in 1692, and can be still be found on many buildings around campus. But over the centuries, liberalism has grown and Harvard’s motto has shortened. The current motto is simply Veritas, or truth.

In response to the announcement of Epstein’s appointment as chief chaplain, former NFL tight end and outspoken Christian Benjamin Watson quoted Psalm 14:1, “The fool says in his heart ‘There is no God.’”

Ken Ham, Founder and CEO of Answers In Genesis, in response to Harvard’s decision, explained that although this man claims to be devoid of all religion, the Bible details how that is far from the truth:

What Jesus said describes the situation here, “they are blind guides. And if the blind lead the blind, both will fall into a pit” (Matthew 15:4). The article about this atheist, now heading up the chaplains at Harvard University, states: “The chaplains argue that as a man with no clear religious affinity…” That’s a load of nonsense. This man is an atheist–that’s his religion. He has a belief system, a worldview. He believes all life is a result of naturalism. He believes man determines his own morality, and his own “purpose” & “meaning” in life. It’s exactly what the devil tempted Adam and Eve to do, “and you will be like God” (Genesis 3:5). Yes, this man is acting as his own god, in his religion of atheism. Not only is he in charge of the chaplains at Harvard, but the other chaplains support him in this position. Yes, the blind leading the blind. Harvard, once Christian, is now a leader in raising up generations in the atheist religion. That’s a warning to all schools (like Biola, Baylor, Calvin & Wheaton & the many others) that compromise God’s Word, beginning in Genesis.

Franklin Graham also had words for the once Christian university, stating:

Has Harvard lost it? Why would they—or any university—hire a head chaplain who doesn’t even believe in God? They said atheist Greg Epstein was a good choice “due to young people’s increasing lack of religiosity.” That’s a very sad commentary.
Epstein told reporters, “We don’t look to a god for answers. We are each other’s answers.” What a dangerous philosophy. God has the answers every human heart is looking for. I’m thankful He sent His Son, Jesus Christ, to save us from our sins. That’s the hope and good news chaplains should be sharing.
The Bible says, “…The fool has said in his heart, ‘There is no God’” (Psalm 14:1).
Facebook
Twitter
Telegram
Pinterest
Email
Print