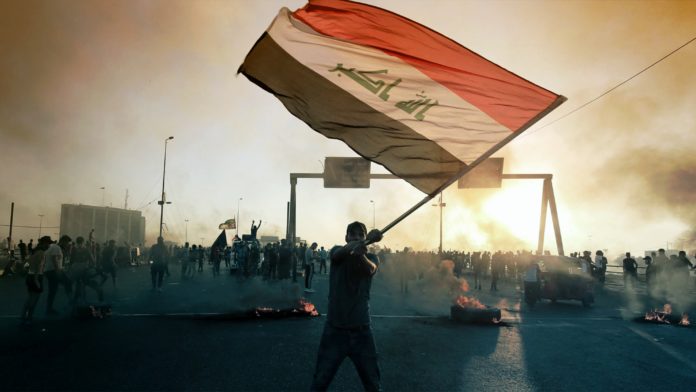 Death toll rises beyond 105 in Iraq as demonstrators continue to protest against the government.

On Saturday, masked gunmen carried out coordinated attacks against journalists and offices of prominent TV networks in Baghdad in an attempt to silence objecting channels.

A correspondent for the Saudi-owned Al Arabiya news channel reported that the assailants showed up at its offices in a convoy of black cars, masked and clad in black clothing, injuring several employees and destroying equipment.

“Following the attack, we have received assurances from the prime minister’s office and from officials to investigate the attack,” the correspondent added.

Gunmen also attacked the offices of Iraq’s privately-owned Dajla and NRT news channels in the capital city, according to the stations’ employees.

Security forces have attempted to halt protesters by use of tear gas and live ammunition.