‘Get Out!’: Diners Heckle Health Inspectors Out Of Canadian Restaurant, City Warns Of Consequences 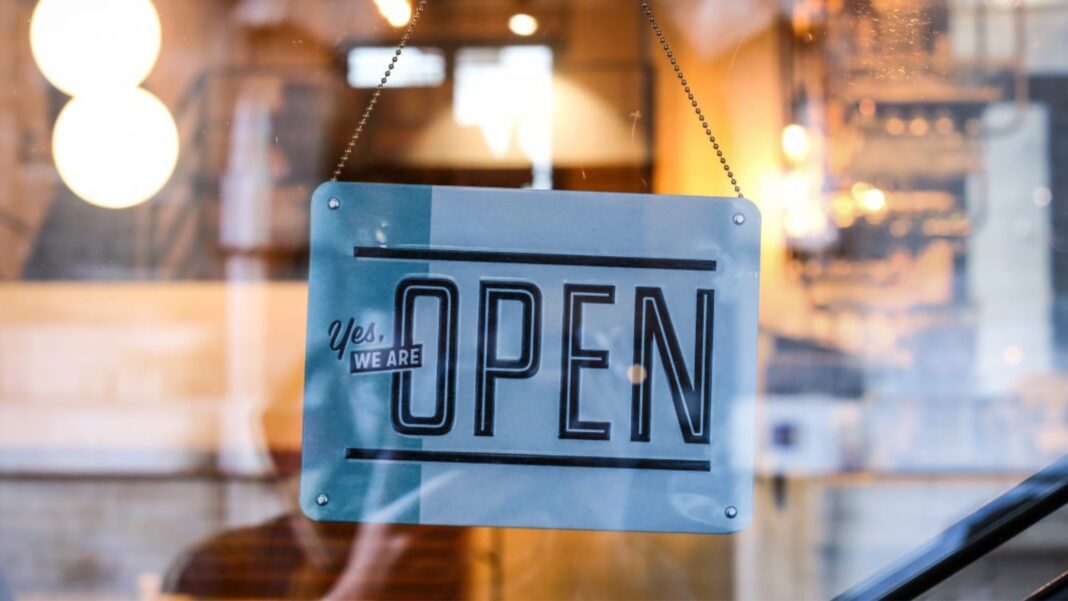 Patrons at a British Columbia restaurant shouted out a pair of health inspectors Saturday who reportedly attempted to shut down the restaurant for violating the province’s health guidelines.

The incident happened on Saturday after two health inspectors arrived at the Corduroy restaurant in Vancouver to serve a closure notice for serving patrons indoors against COVID-19 guidelines, CBC reported on Sunday.

In a video posted to Facebook, a woman holding a child who appears to be an owner or authority in the restaurant, can be seen talking to two health inspectors. The woman states they are trespassing on the property. One of the apparent inspectors replies they “disagree” with the assumption.

Patrons immediately began chanting “get out,” with the calls growing in intensity as they linger. Several customers began recording the incident on their phones, as well. When the inspectors left, cheers and whistles emanated from the patrons inside.

The restaurant indicated that they would reopen on Tuesday at 4 p.m. after they were forced to close for selling out of food, CBC reported.

“Harassment of enforcement officials will not be tolerated, and closure orders by Vancouver Coastal Health or any other health authority must be respected,” Farnworth said in the statement. The health minister also told CBC that the rules regarding indoor dining were “very clear” and said the rules were “necessary” to stop the spread of COVID-19.

One pastor in Alberta shouted at a group of officers on Saturday night during a Passover celebration after they attempted to shut down the gathering.

The City of Vancouver announced Monday that they are temporarily suspending the license of Corduroy restaurant for violating COVID measures.

Two Vancouver restaurants are spending time in the penalty box for disrespecting an order from Dr. Bonnie Henry.

That’s because today, the City of Vancouver imposed temporary business-license suspensions on Corduroy and Gusto restaurants, which each remained open for dine-in service last week.

“I think the whole country was aghast at the behavior of these restaurant owners who openly defied public health orders in the face of rising case counts and the spread of variants,” Mayor Kennedy Stewart said.

Last Friday, the restaurant owner spoke at a “Save Small Business BC” peaceful protest. The rally brought many local business owners and supporters who held signs saying “enough is enough” to the harsh COVID restrictions.

We waited until September, opened up our doors again; we have been operating since then at a huge loss in sales, but we have been managing. I am a mum of 4, so this is our livelihood, our bread and butter, how we pay the bills and provide for our family. This most recent closure is devastating.

We don’t have a patio. Takeout is an option for us. However, restaurants margins are so high that after we pay staff, cover the food costs, rent, bills; we would probably be operating at a loss at this point. The frustration is that other businesses continue to be open, big box stores are busy, you drive past other restaurants with patios, and they are packed.

It just doesn’t make sense that we, as a restaurant who has put up COVID measures, been practicing social distancing, extra cleaning, can’t remain open. We have not had any cases in our restaurant. To see other businesses thriving while we are closed and unable to provide for our family is devastating, and I feel there needs to be some major changes with the measures that are put in place, so we can all continue to run our business.

I shouldn’t be forced to go on government assistance just to pay the bills when I have a full-functioning restaurant that I can operate.

Below the post was a flurry of messages supporting the restaurant, with many agreeing that the government COVID orders are destroying small businesses and ruining more lives than they are “protecting.”

“Heartbreaking. Govt ruins everything it touches. There is zero science or common sense behind any of the “lockdown” measures,” one Instagram user wrote. “There is, however, factual evidence that the measures are destroying far more lives than the virus itself. Businesses need to stand up for themselves and continue to operate. The patrons will come.”

“STAY OPEN!‼️ Do not give in to tyranny! Ever! Closure of “non-essential” business is a violation of the charter of rights,” another added.

Many others also jumped in the comments to assure the owner that they will be coming far and wide to support her, not only because she is operating a small business but also because she is one of the few standing up for freedom.