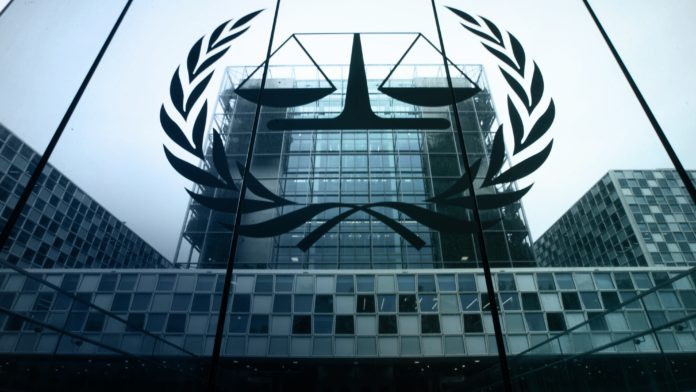 Germany on Friday filed a petition with the International Criminal Court (ICC) in which it requested to be “a friend of the court” (amicus curiae) in deliberations that will examine if the court has jurisdiction to rule whether Israel committed “war crimes” against Palestinian Arabs, Haaretz reports.

In its petition, Germany backed Israel’s argument that the court’s jurisdiction does not extend to Palestinian Authority-assigned areas, as “Palestine” is not a state that fulfills all the criteria under general international law, although it has joined the ICC’s Rome Statute.

Germany is one of the main member states of the Hague Tribunal and its position on the issue is expected to play a significant role in the hearings.

“Germany holds the view that only States can become a party to the Rome Statute and does not include ‘Palestine’ on the list of State Parties published in the Federal Gazette,” the petition read.

Palestine does not possess nor did it ever possess the jurisdiction that it would need” to delegate to the Court so it may exercise its jurisdiction,” it concluded.

The petition also stressed its support for a “negotiated two-state solution and hence the goal of an independent, democratic, sovereign and viable state of Palestine.”

It added that determination of territorial boundaries can be achieved only through direct negotiations, and is not the role of the court.

On Thursday, the Czech Republic similarly requested to join the ICC proceedings in favor of Israel.

Hungary and Austria have also sided with Israel, according to Kan News.

Foreign Minister Yisrael Katz welcomed Germany’s move on Friday, saying in a statement that he “views positively the fact the important countries, renowned experts and civil-social organizations are expressing a clear stance according to which the International Criminal Court has no jurisdiction to discuss the Israeli-Palestinian conflict.”

Katz added that the German viewpoint is “responsible, at one with international law and prevents the politization of the court.”

Knesset Speaker Yuli Edelstein, who raised the issue of preventing Israel’s investigation by ICC on so called “war crimes” during his meetings this week in Berlin with Germany’s president, foreign minister, and defense minister, welcomed Germany’s request as well.

“The most important power in the European Union is standing beside Israel in the face of the incitement by the Palestinians and the hypocrisy of the United Nations. Israel will fight for justice and will not allow Abbas to continue his worldwide campaign of deception,” he said.

The ICC’s Chief Prosecutor, Fatou Bensouda, announced in December that she intends to open a full investigation into alleged Israeli “war crimes”, but before opening a full probe, asked the ICC to rule on the territory over which it has jurisdiction because of the “unique and highly contested legal and factual issues attaching to this situation.”

Last month, the ICC said it would delay its debate into whether it has the jurisdiction to probe alleged Israeli “war crimes” in PA territories due to a procedural error related to the filing’s page limit.

Prime Minister Binyamin Netanyahu has called for sanctions against the ICC, saying its investigation into Israel’s actions against Hamas in 2014 was a “full frontal attack” on democracies’ rights to self-defense.