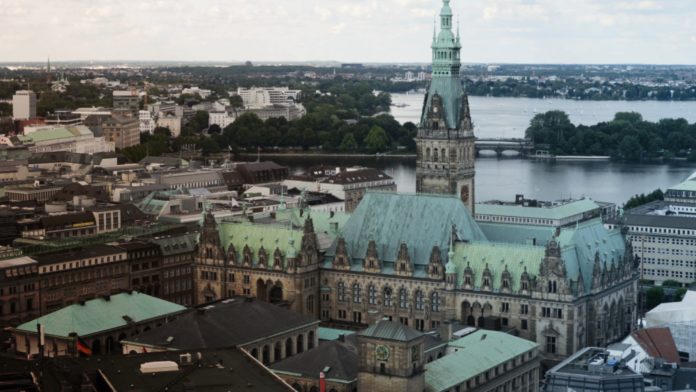 The CDU in the city-state of Hamburg said last week that it plans to introduce an initiative to outlaw the Iranian regime-controlled Islamic Center because of its link to the terrorist organization Hezbollah.

The pro-Israel NGO German-Israel Friendship Society also urged the coalition Social Democratic Party and Green Party government to cancel the state contract with the Schura due to the presence of the Iranian regime-controlled organizations. Germany’s Interior Ministry banned all Hezbollah activities within the federal republic last month.

Iran’s Blue Mosque, the Islamic Academy and the Islamic Center of Hamburg are widely considered the long-arm institutions in Germany of Iran’s Supreme Leader Ali Khamenei, according to the Hamburg domestic intelligence agency. Iran’s regime is the chief financial supporter of Hezbollah.

The Jerusalem Post reported in January that a group of 600 pro-Iranian Islamists attended a memorial service on Sunday in Hamburg mourning the death of the EU- and US-designated terrorist Qassem Soleimani.

The mourners, from Hamburg’s Islamic Center, praised Soleimani as a “heroic martyr.”

US presidential administrations under both Barack Obama and Donald Trump have classified Iran’s regime as the worst state-sponsor of terrorism.

The Iranian regime-controlled organizations have sent busses of anti-Israel activists to participate in the al-Quds rally over the years in Berlin. The al-Quds rally calls for the destruction of the Jewish state and attracts Hezbollah members, neo-Nazis, extreme leftists, and Palestinian supporters.

Hamburg’s social democratic government negotiated a 2012 agreement with Muslim organizations that pledged common values and peaceful activities and tolerance. The contracts say the Islamic Center of Hamburg agreed to “international understanding and tolerance toward other cultures, religions and world views.”

The Post reported in 2017 that Carsten Ovens, from the CDU faction in Hamburg’s legislative body urged the cancellation of the city’s contract with an Iranian regime-controlled institution because it participates in the annual al-Quds Day rally in Berlin, which calls for the destruction of the Jewish state.

Ovens told the Post at the time that the “CDU is calling for the suspension of the agreements” because “Israel’s right to exist and the freedom of the Jewish people are not subject to negotiation.”

The Green Party and the social democrats claim that Hamburg’s intelligence agency can continue to monitor the Iranian regime-controlled organizations and will not take action against the alleged antisemitic and pro-terrorism activities of the Islamic Republic of Iran’s institutions in Hamburg. The Anti-Defamation League’s national director Jonathan Greenblatt, termed the Iranian regime the leading state-sponsor of antisemitism and Holocaust denial.