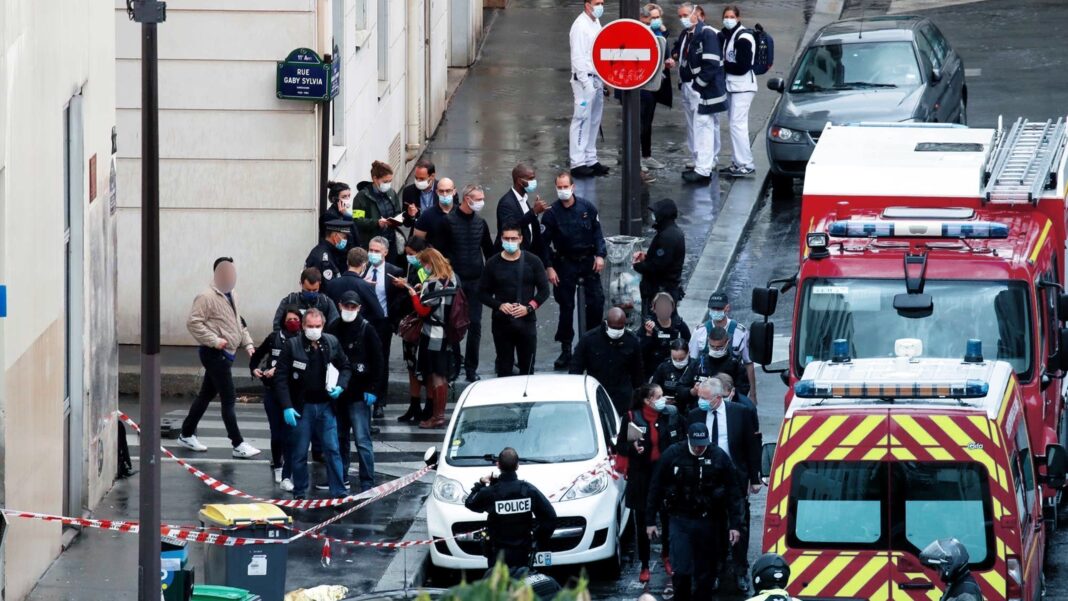 French prosecutors are investigating a machete attack near the former offices of Charlie Hebdo as terrorism, according to reports.

Details of the incident, which has reportedly left two people seriously injured, are still emerging, but Le Monde now says that the National Anti-terrorist Prosecutor’s Office (PNAT) is investigating the incident as “attempted assassination in connection with a terrorist enterprise” and “criminal terrorist association”.

The attacks two seriously injured victims are said to be a man and woman employed by the First Lines audiovisual production company, who had been “smoking a cigarette down the building in the street,” according to a colleague who spoke to AFP.

“I heard screaming. I went to the window and saw a colleague of mine, stained in blood, being chased by a man with a machete in the street. We know that our two colleagues are injured, but we do not know more for the moment,” the source said.

rench prime minister Jean Castex has indicated that four people have been injured, two — presumably the Frist Lines employees — seriously. At least two people appear to have been arrested; one at the scene and one on the steps of the nearby Opera Bastille.

Descriptions of the suspects have not been issued and the motivation for the attack has yet to be determined, but the Charlie Hebdo offices were the site of a radical Islamic terrorist massacre in 2015, perpetrated as punishment for the satirical magazine’s publication of satirical cartoons depicting the Prophet Mohammed.

Perhaps notably, 14 people suspected of being accomplices to the 2015 attack are currently in court.