Franklin Graham: Thank you President for showing restraint; despite pressure to respond with a quick, heavy hand 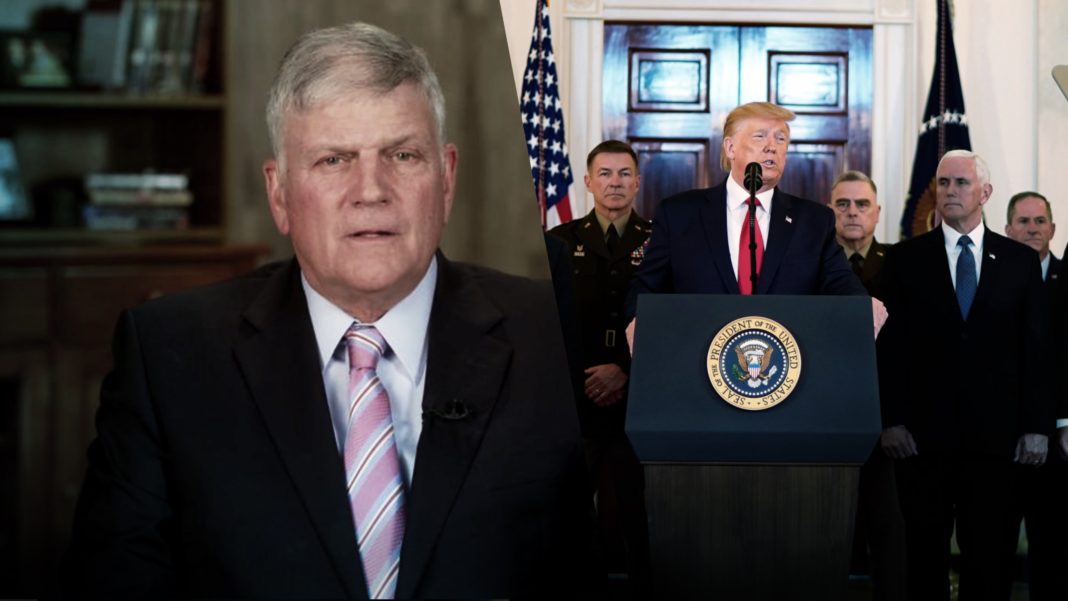 Franklin Graham took to Facebook today following his address to the nation in response to Iranian missile strikes targetting US forces in the region. Rev. Graham thanked the President for his restraint for the sake of peace, explaining there was a lot of pressure, but it is much easier to make war than peace:

Thank you Mr. President for addressing our nation today and for giving peace a chance. I’m sure there are millions of Iranians who would like to thank you too, if they could.

The Islamic Republic of Iran is a dangerous government and is responsible for exporting the Islamic revolution to many countries around the world. They have also repeatedly vowed to wipe Israel off the face of the earth.

I know you probably had lot of pressure from some to respond quickly and with a heavy hand; but thank you for showing restraint. A former premier of France once said, “It is far easier to make war than peace.”

I also appreciate the fact that you made it clear that as long as you are president, Iran will not have a nuclear weapon. Please be assured of my prayers and those of many Christians across the country and around the world.