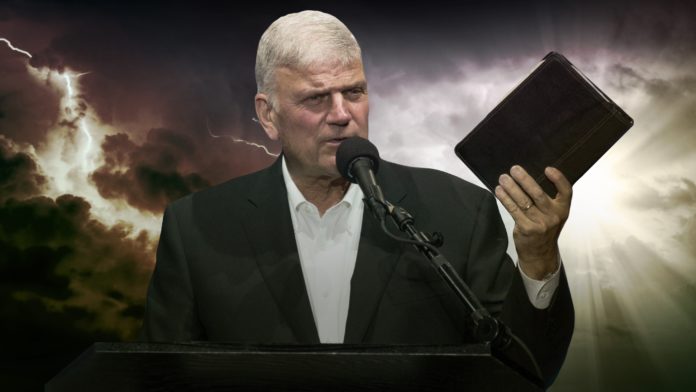 Just a few weeks ago, one of the most wanted men in the world—Qassem Soleimani—was targeted and killed by U.S. Armed Forces as he departed Baghdad International Airport in Iraq. The Iranian general had long masterminded strikes against Americans. He was responsible for the deaths of hundreds of U.S. service members and the injuries of perhaps thousands more.

Make no mistake, this was a victory for our nation, and it took great courage by our administration to order the strike that should have been executed years ago. It eliminated an evil, diabolical commander and saved potentially thousands of American lives.

Imagine my consternation when I saw some members of Congress, media pundits, celebrity athletes and others who objected to the strike, with some appearing even sympathetic to the vile Soleimani. Several liberal media elites even offered their apologies to Iran. The Associated Press reported how religious dictator Ayatollah Ali Khamenei “wept openly” at Soleimani’s funeral in Tehran: “His tears give insight into how the death of the commander killed in a U.S. strike is being felt personally by the supreme leader.”

Really? How about tears for the thousands of Americans, Syrians and Iraqis slain across the Middle East by the Iranian regime, the power behind Hezbollah, the mortal enemy of the only democracy in the region—Israel? How about the tears of thousands of spouses, parents, grandparents, siblings and other family members who have had to bury loved ones slaughtered by this terrorist?

How can all this absurdity be?

I believe it is because we have become so accustomed to condoning and overlooking evil rather than staunchly opposing it. We have lost our moral outrage over evil, and apparently we will go to great lengths and deluded rationale to accommodate it, not confront it and deal headlong with it. Like former British Prime Minister Neville Chamberlain, we seek all too often to “appease” evil and wind up with only more devilish consequences.

The Bible says in Proverbs 17:15: “He who justifies the wicked, and he who condemns the just, both of them alike are an abomination to the Lord” (NKJV). Indeed, God’s Word is replete with men and women of God standing firm against the rising tide of evil in their time.

Moses stood up against the wicked regime of Pharaoh and won the freedom of the Hebrews from Egyptian slavery.

Queen Esther stood up against the strongman Haman and saved the Jews across the entire Persian empire.

The Prophet Elijah stood up against Israel’s wicked King Ahab for worshiping Baal. The Bible tells us: “Ahab the son of Omri did evil in the sight of the Lord, more than all who were before him” (1 Kings 16:30).

Sadly, strong moral opposition to evil has been steadily eroding in our own culture in direct correlation to the rejection of God’s Word as the sole, authoritative truth. Evil is now not only condoned and accepted, but it is being actively promoted by virtually every segment of our society. Deviant behavior—such as same-sex marriage and abortion—were widely condemned not long ago. Now they are not only tolerated but legalized and proudly promoted.

Addressing the church at Rome, the Apostle Paul cited increasing sexual debauchery as a visible condition of rejecting God’s authority, and finished his condemnation of such evil behavior with this: “Though they know God’s righteous decree that those who practice such things deserve to die, they not only do them but give approval to those who practice them” (Romans 1:32).

Evil—accepted, tolerated, appeased, unchecked—can spread so quickly into a degenerating culture that it becomes the new normal. Those who still stand for truth, who refuse to bow to the new narrative—same-sex marriage is normal, abortion is just a personal decision, gender identity is a choice—soon become the target of ridicule and persecution. Evil is celebrated.

But to fully understand evil, you must know its origins.

When Adam and Eve listened to the devil’s lies and rebelled against God in the Garden, evil entered the created world and the human soul. It’s called sin, active disobedience to Almighty God, bringing with it death—spiritual death or eternal separation from God’s presence, and physical death.

It didn’t take long for the effects of sin to take root—Cain murdered his brother Abel in a fit of rage. As the population of sin-stained Planet Earth increased, the deadly effects of sin proliferated: “The Lord saw that the wickedness of man was great in the earth, and that every intent of the thoughts of his heart was only evil continually” (Genesis 6:5, NKJV).

The Prophet Jeremiah described the problem in this direct way: “The heart is deceitful above all things, and desperately wicked” (Jeremiah 17:9, NKJV).

The only cure for sin is repentance and faith in the Lord Jesus Christ, who bore the guilt and punishment for our sins on the cross, rose from the dead on the third day, and is now alive forevermore. The person who trusts in the atoning work of Christ is forgiven, no longer under the wrath of God, and has received a new heart that seeks to please and honor the Lord.

On the cross, Jesus defeated and disarmed the evil one—the devil, who incites men to sinful behavior. “[Christ] disarmed the rulers and authorities [Satan and his demonic hordes] and put them to open shame, by triumphing over them in him” (Colossians 2:15).

It’s true that sin and evil still abound in the world, seeking to destroy souls and wreaking havoc in nations. “We know that we are from God, and the whole world lies in the power of the evil one” (1 John 5:19). This will be the case until Christ comes again for His own, but in the meantime, we can be sure that we have victory over the enemy’s schemes. “He who is in you is greater than [the devil] who is in the world” (1 John 4:4).

When the Lord comes and brings a New Heaven and a New Earth, sin and evil will be banished forever. “He will wipe away every tear from their eyes, and death shall be no more, neither shall there be mourning, nor crying, nor pain anymore, for the former things have passed away” (Revelation 21:4). And “no longer will there be anything accursed” (Revelation 22:3).

Until then, we must strive daily to love righteousness and hate wickedness (see Hebrews 1:9), fighting evil with all our might, doing so in the power of the Risen Christ.