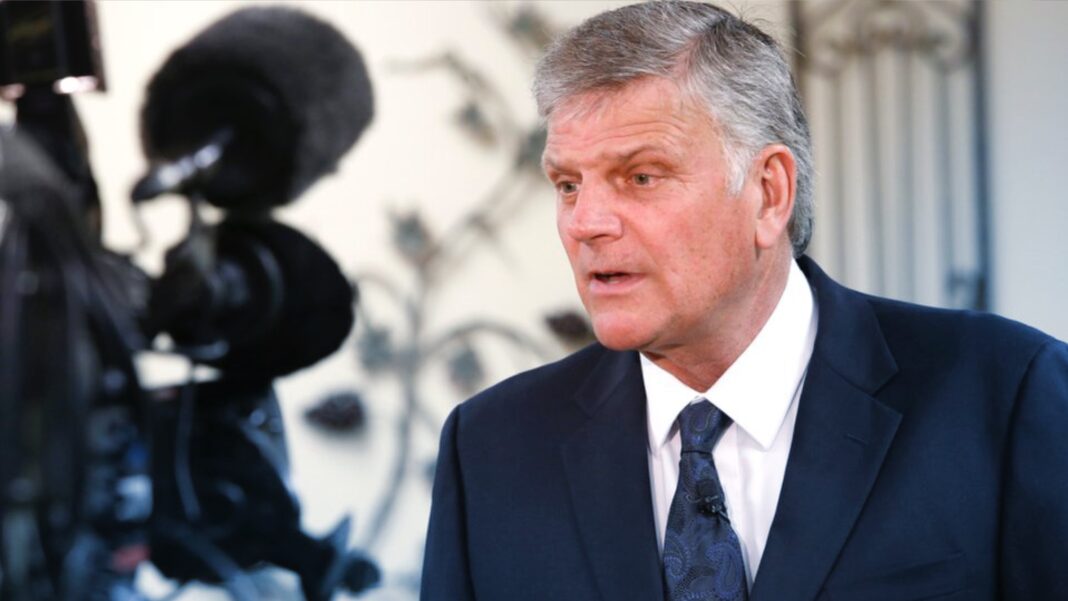 Evangelist Franklin Graham of Samaritan’s Purse is speaking out against the Equality Act asserting that, if passed, it will diminish religious freedom.

In a Facebook post on Monday, Graham explained that the measure, despite the positive-sounding name, is “deceiving” and “has nothing to do with equality.”

“It’s just a smokescreen to force Americans to accept the LGBTQ agenda and it creates a lot of INEQUALITY for Christians and all people of faith,” he warned. “It punishes individuals and organizations that disagree based on their moral convictions.”

“If passed into law, the Equality Act could prohibit religious organizations… and churches from hiring only like-minded people who believe what they believe,” he continued.

Graham added that the legislation would “destroy women’s and girls’ sports in this country” in favor of biological males self-identified as female “to compete for titles, scholarships, and recognition at all age levels.”

Women’s privacy in public places such as “locker rooms, dressing rooms, homeless shelters, restrooms, and more” would also be affected, he said.

“God made us male and female, and that’s it,” Graham asserted. “With some 6,000 years of human history, it has only been in the last few years that people have come up with all of these additional designations for gender identity.”

In his closing remarks, Graham urged Americans to contact their local elected officials as well as the White House to express their concerns about the Equality Act.

“This is a very dangerous bill and I strongly encourage you to write your representatives in Congress and the Senate, your governor, even your state legislators, and express your concern,” Graham wrote. “Also contact the White House at https://www.whitehouse.gov/contact/ and let President Biden and this administration know how you feel.”

“Ask Senators to vote NO on the Equality Act—and PRAY for God to move in the hearts of these legislators and open their eyes to see the dangers looming before us,” he concluded.