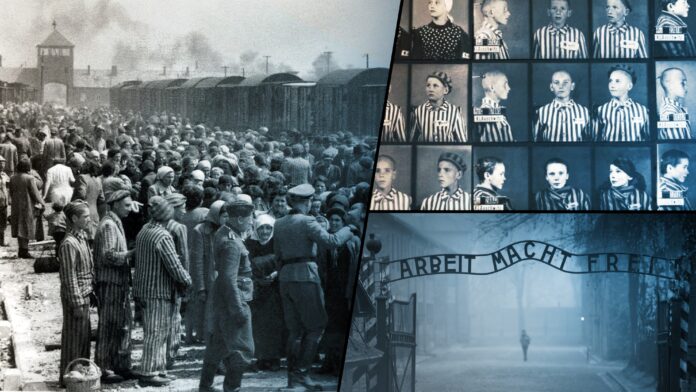 A First of its kind U.S. survey shows that adults under 40 years of age have a “worrying lack of basic Holocaust knowledge,” with more than 60 per cent failing to realize that six million Jews perished in the slaughter surrounding the Second World War.

The survey, commissioned by the Conference on Jewish Material Claims Against Germany, focused on millennials and Generation Z, NBC reports. It showed that as well as lacking basic genocide knowledge, more than one in ten of those asked had never even heard the word “Holocaust.”

The Claims Conference non-profit, which is focused on Holocaust victim rights and compensation, called the results “shocking.”

The survey relied on 1,000 evenly divided interviews across 50 U.S. states, targeting those aged 18 to 39, at random but demographically representative. Interviews were done online and over the phone.

Overall 63 per cent were unaware of the Holocaust’s full death tally, and more than half thought the figure had been under two million. Almost half could not even name a single war-era ghetto or concentration camp.

The Holocaust, led by Adolf Hitler and the Nazis, had wiped out two-thirds of European Jews, and millions from other targeted minorities, by the time the Second World War came to an end. Huge numbers were gassed at camps of horror, like Auschwitz.

The Guardian reported, “more than one in 10 believe Jews caused the Holocaust, a new survey has found, revealing shocking levels of ignorance about the greatest crime of the 20th century.”

Greg Schneider of the Conference on Jewish Material Claims Against Germany, told NBC:

“The most important lesson is that we can’t lose any more time. If we let these trends continue for another generation, the crucial lessons from this terrible part of history could be lost.”

Of equal concern amid the survey’s results was the number of people who feel the Holocaust never actually happened. Only nine out of 10 respondents said they felt it actually happened, with seven per cent unsure and three per cent feeling it didn’t happen.

“There is no doubt that Holocaust denial is a form of anti-Semitism. And when we fail to actively remember the facts of what happened, we risk a situation where prejudice and anti-Semitism will encroach on those facts.”

Among the problems, experts fear, are the readily viewable examples of Nazi symbolism, as well as Holocaust denial, online. Of those surveyed, 56 per cent said they had seen Nazi symbols either on social media feeds, or in their own communities, since 2015.

On many occasions Jan Markell has spoken out about the antisemitism lead holocaust denial, which has grown more widespread.

In her article “My 40 years with a Holocaust survivor,” in which she explains what it was like to write a book recounting the story of a Christian Holocaust Survivor, she warned, “A world without God will continue to oppress and persecute. The targets will be heavily Jews and Christians. Please don’t forget those who languish under deplorable conditions and never forget that one single tyrant can unleash a nightmare on millions of innocent people.”

Every year Jan publishes a list of what she believes to be the top ten Bible Prophecy related stories of the year. Last December, she listed the attack on Jews and Christians as a significant sign that is a herald Christ’s soon Return:

Christians are running for their lives and Jews are running to Israel for safety. As The Gatestone Institute reports , the numbers of Christians being killed for their faith is “too many to count.”

Pope Francis just stated that fundamentalist Christians are a “scourge.” Jews and Christians are the “people of the book” and the predicted last days’ condemnation on both has risen to new heights in the last year.

A pro-Palestinian group at the University of Minnesota, just 20 minutes from my home, just called for the slaughter of all Jews and had enormous local support.

Anti-Semites like Rick Wiles are gaining in popularity as he calls the mess in Washington a “Jew coup” and blames the Jews for every problem in the world. He even says their goal is to kill all Christians!

Of the rise in antisemitism and many other signs of the times, Jan said, “keep in mind that many of these items are going to fully blossom in the Tribulation. What we have now is just a foretaste. God will spare His Church from this wrath as we are enjoying Heaven during this seven-year period of utter chaos on earth.”

“While it is a challenge to be born for such a time as this, it is encouraging to know that everything is falling into place,” she concluded.