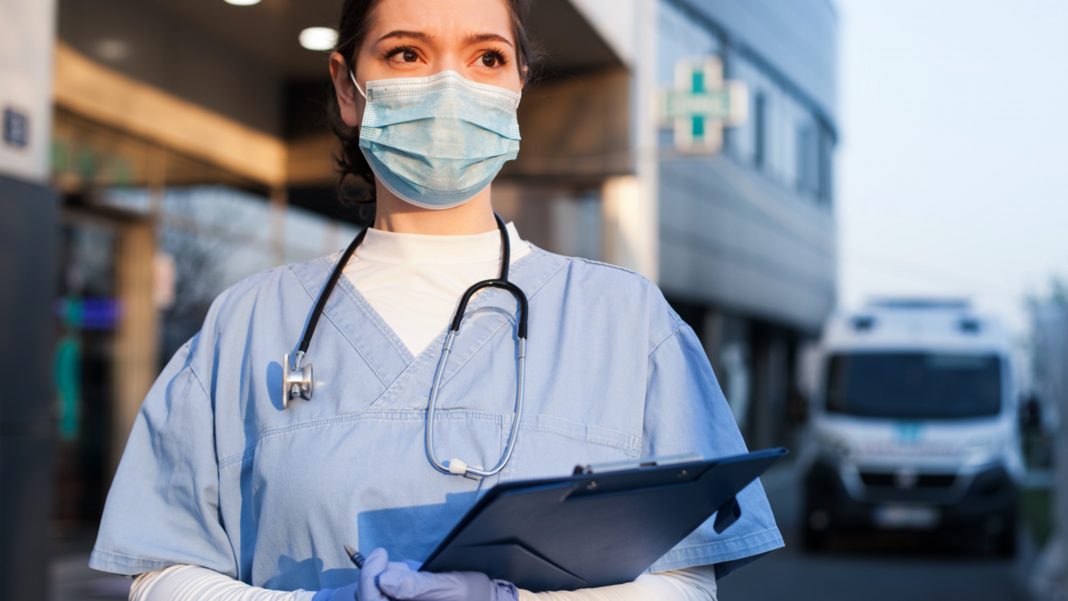 On Tuesday, Judge David Hurd of the Northern District Court of New York granted a temporary restraining order (TRO) for all health care workers against the state’s vaccine mandate.

The state has until Sept. 22, to respond to the judge’s order. If the governor’s legal team opposes the TRO conversion to a preliminary injunction, both legal teams will meet on Sept. 28 for the judge to hear arguments.

As CBN News reported, 17 medical professionals have sued the state of New York in federal court to stop what their lawyers call the “patently unconstitutional vaccine mandate for health care workers.”

Attorneys with Thomas More Society, a non-profit national public interest law firm, filed the lawsuit Monday in the U.S. District Court for the Northern District of New York.  They allege the state’s vaccine mandate attempts to nullify protections for sincere religious beliefs granted under Title VII of the Civil Rights Act of 1964, even though days earlier the state of New York had afforded protection for religious beliefs in its prior health order.

“What New York is attempting to do is slam shut an escape hatch from an unconstitutional vaccine mandate,” Thomas More Society Special Counsel Christopher Ferrara said in a statement. “And they are doing this while, knowing that many people have sincere religious objections to vaccines that were tested, developed, or produced with cell lines derived from aborted children.”

Ferrara is representing the health workers in the federal case against the state, along with Thomas More Society Vice President and Senior Counsel Peter Breen, Senior Counsel Stephen Crampton, and Counsel Michael McHale.

The lawsuit seeks a Temporary Restraining Order and a preliminary injunction, then a permanent and final injunction against the vaccine mandate’s prohibition of accommodations of sincere religious beliefs.

As CBN News reported, New York set a deadline for all healthcare workers in the state to get vaccinated if they wanted to keep their current positions.

In August, a mandate was issued that all employees at hospitals and long-term care facilities across New York get their first dose of a COVID-19 vaccination by September 27.

Since the mandate was announced, many medical professionals have resigned their positions in protest.  As CBN News reported over the weekend, one New York hospital announced that it will temporarily stop delivering babies for at least two weeks due to a shortage of medical staff after 30 people resigned at that hospital over COVID-19 vaccination mandates.

Ferrara called the vaccine mandate “a brazen power grab by people who think they can get away with anything.”

“Never in the history of New York state, never in the history of the world, has a government sought to forcibly impose mass vaccination on an entire class of people under threat of immediate personal and professional destruction,” he explained. “This is just another example of how COVID regimes are completely out of control. The federal judiciary has a duty under the Constitution to put a straight jacket on this institutional insanity.”

The suit alleges that, in addition to violating the Supremacy Clause of the United States Constitution by purporting to strip away Title VII protections, the vaccine mandate also violates the Free Exercise Clause of the Constitution.

“These plaintiffs are not – I repeat – not anti-vaxxers, as the fake news media calls them,” Ferrara said. “They are in fact in favor of voluntary vaccination with informed consent, but they oppose jack-booted coercion by the state to take a vaccine their religion forbids them to take. This is America, not Red China.”

Note that the pro-life Charlotte Lozier Institute reports abortion-derived cell lines were not used in the development or production of the Pfizer or Moderna vaccines but sometimes were used in lab testing. The Institute reports that abortion-derived cell lines were used in the development and production of the Johnson & Johnson vaccine as well as in lab testing.

Tony Perkins, President of the Family Research Council, in a recent article, “Vaccine Mandate Sticks It to Freedom,” wrote:

For a president who pledged to bring unity to the country, this order — “get the shots or lose your job” — will only bring more of the same: division and distrust. And, in an irony that even the liberal media can’t ignore, his heavy-handed approach will almost certainly turn more people against the very vaccine he claims to promote! But unfortunately, Biden, who was an honors student at the Obama School of Mandates, never learned that the more control government exerts, the more resistance they create. Even now, dozens of governors, attorneys general, and conservative leaders are rallying their troops for an all-out legal war. South Carolina Governor Henry McMaster (R) spoke for a good number of Americans when he vowed, “We will fight them to the gates of hell!”

And he’ll have plenty of company from his counterparts in Florida, Texas, Georgia, Iowa, Arizona, Oklahoma, South Dakota, and every other state that understands this road will lead to an endless string of intrusive dictates that will have far-reaching consequences for civil liberties, conscience rights, religious freedom, human dignity, parental rights, and more.

Senator Marsha Blackburn (R-Tenn.) insists, Americans need to be on guard. Individuals and their doctors should be making health care decisions, she argued, not the government. It may be easier to institutionalize one side’s opinion — “But you know what? We call that communism… We are a nation of freedom, free people, and free choice… [The Left] wants power and control.” And yet, as long as these troubling questions go unanswered, Americans have a responsibility to draw a bright red line and resist — otherwise, it will only be the beginning of the end of our rights. As a nation, we must decide: do we want to accept this soft despotism? Or will we work for freedom?