Congress Introduces Bill to Allow Abortion up to Birth, Eliminating All Pro-Life Laws 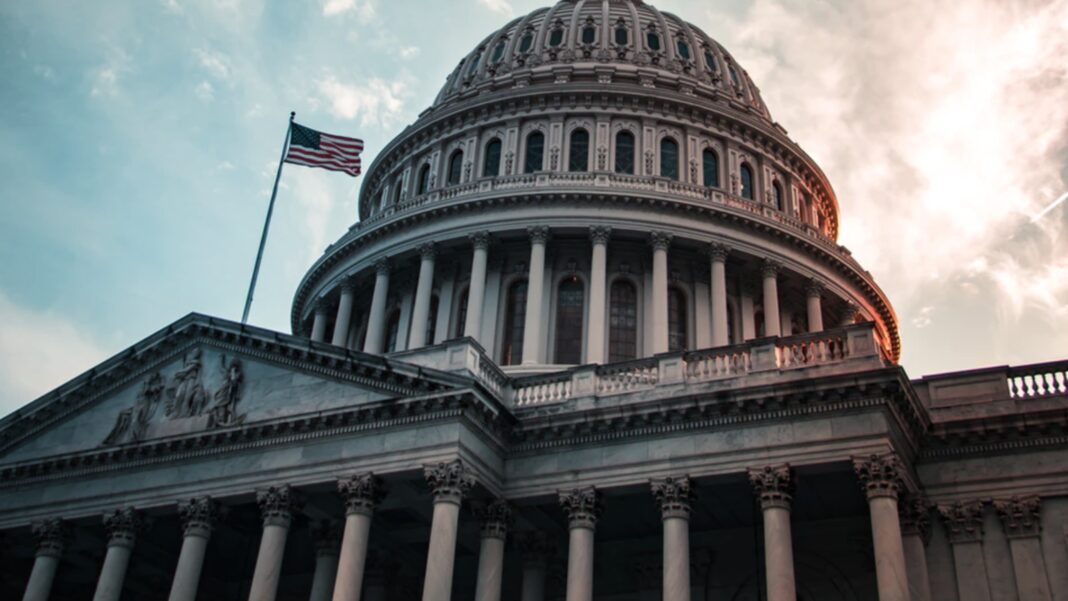 The Women’s Health Protection Act (WHPA) of 2021, hailed by abortion supporters as the bill that will ensure equal access to abortion for all, is being re-introduced in Congress today. Currently, “health of the mother” loopholes including financial health and familial health allow abortion up to birth in the United States, but the WHPA will ensure a woman can have an abortion for any reason at all through all nine months of pregnancy. The bill could also wipe out conscience protections, parental notification laws, and informed consent laws.

“This week’s news out of the Supreme Court was an urgent call to action: reproductive rights are under direct, imminent attack,” said the bill’s sponsors two days after SCOTUS announced it would take up the case involving Mississippi’s ban on abortion at four months (15 weeks) — a case that has the potential to challenge Roe v. Wade. “Our bill, the Women’s Health Protection Act, would protect against unconstitutional laws like Mississippi’s 15-week abortion ban — laws that attack people’s freedom to make decisions about their own bodies and which directly contradict decades of Supreme Court precedent. […] We look forward to formally reintroducing our legislation with the support of our colleagues…”

The bill calls abortion “essential” to women’s health and “central” to women’s ability to “participate equally” in the economic and social life of the nation — an anti-feminist, anti-woman idea that at its core labels women as unequal to men without the “right” to kill their preborn children.

WHPA will allow abortion for any reason throughout all nine months of pregnancy, which the majority of Americans definitively do not support.

A 2021 Knights of Columbus/Marist Poll found that 76% of Americans, including many who consider themselves “pro-choice,” want restrictions on abortion. Only 15% of all Americans and 27% of those who are “pro-choice” said they support abortion for any reason up until birth.

In addition, a national poll from the Susan B. Anthony List released on June 7, 2021, found that the majority of voters oppose abortion on demand and support limits on abortion after the four month (15-week) mark. According to the pro-abortion Guttmacher Institute, 561 abortion restriction bills, including bans, have been introduced across 47 states and 83 of them have been enacted, proving that Americans want abortion restrictions. WHPA seeks to wipe those pro-life laws out completely.

WHPA seeks to protect the so-called “right” to abortion by ending restrictions its sponsors see as unnecessary, including mandatory waiting periods (which save lives), abortion counseling considered by abortion advocates to be biased, mandatory ultrasounds (which are necessary to date the pregnancy and inform an abortionist which procedure he must use to kill the baby). Destroying these laws will do nothing to protect women and will only increase revenue for abortion facilities.

The bill affirms that abortion proponents see abortion as any other medical procedure, and according to the Charlotte Lozier Institute (CLI), WHPA compares abortion — the direct and intentional killing of a human being — to a colonoscopy. However, numerous court cases have confirmed otherwise. As pointed out by CLI, In the 1992 case of Planned Parenthood v. Casey, abortion was defined as a “unique act.” In the 1976 Planned Parenthood v. Danforth, abortion was called a “grave decision” which, according to the 1979 ruling in Bellotti v. Baird, “has implications far broader than those associated with most other kinds of medical treatment.” In addition, the 2007 case of Gonzales v. Carhart stated, “Whether to have an abortion requires a difficult and painful moral decision.” The same cannot be said of a colonoscopy.

Because WHPA states that there is a statutory right to commit and undergo an abortion without any limitations, it puts the jobs of those who refuse to commit abortions in jeopardy. According to CLI, this could lead to both job losses and the defunding of religious hospitals that may be told they must commit abortions or lose funding.

“WHPA guarantees a pregnant person’s right to access an abortion — and the right of an abortion provider to deliver these abortion services — free from medically unnecessary restrictions that interfere with a patient’s individual choice or the provider-patient relationship,” said the bill’s sponsors in a statement.

Medical personnel who do not wish to participate in the killing of human life in the womb will be at risk of losing their jobs.

Yet, according to CLI, “[…] State and Federal limits on taxpayer-funded abortion that come within the meaning of ‘insurance or medical assistance coverage of abortion services’ would survive the application of [WHPA], whereas limits outside that exception would be subject to jeopardy under [WHPA].

“[WHPA] does not define the phrase ‘insurance or medical assistance coverage of abortion services.’”

Without clarity on this matter, any ban on taxpayer-funded abortion could be jeopardized if WHPA is passed.

WHPA could also wipe out parental notification laws, which protect children who are victims of sexual abuse. By calling into question ultrasound and waiting period requirements, women are at risk of not being fully informed about the abortion they are to undergo. In addition, laws protecting babies after 20 weeks gestation when they are capable of surviving outside the womb could also be at risk.

This bill is as pro-abortion as it gets, pulling abortion to the top of the list of important “medical procedures.” Yet, killing a preborn child is never medically necessary. Abortion is not health care and it can be detrimental to a woman’s physical and mental well-being.

Ken Ham, in an article reporting on the rising acceptance of abortion worldwide, explained that as “our culture fights for the right to end lives,” it is the duty of the people of God to “stand on the authority of his Word” and stand for the sanctity of life.

“The secular worldview also presupposes that we as humans are the gatekeepers of life and death—we make the rules; we determine right from wrong; we control our own destiny, including when we die. But God, our Creator, is the one who gives us “life and breath and everything else” (Acts 17:25),” Ham asserted. “We are his workmanship, and all the days he has ordained for us are written by him (Psalm 139:16). We don’t have the authority to arbitrate when a person lives or dies—that authority belongs to God alone.“

“One day these doctors will stand before God and give their account for supporting the murder of tiny, helpless, “fearfully and wonderfully made” image-bearers,” he warned. “As our culture fights for the right to end lives, may we as the people of God stand on the authority of his Word and proclaim the life-saving message of the sanctity of every human life and the gospel of Jesus Christ that saves us for eternity.“