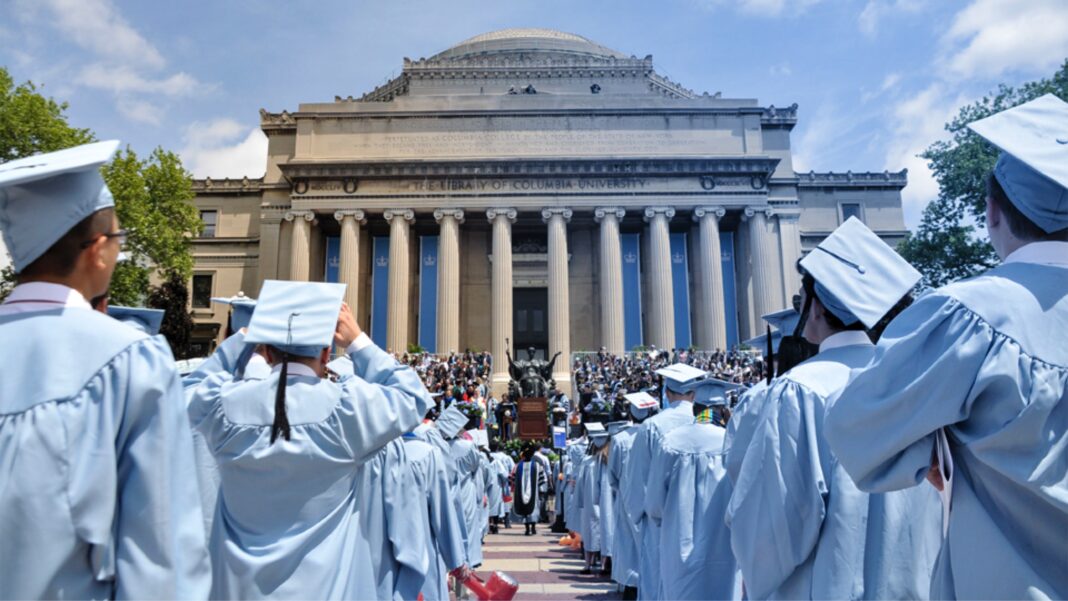 All in the name of “multiculturalism,” the college decided to host separate graduations to “complement” existing school-wide ceremonies, which will take place online, according to the university’s website.

Mercy Muroki, a researcher for The Centre for Social Justice, condemned the decision by Columbia, rebuking the university for “going backwards.”

The Washington Examiner reported in 2019 that, of the 173 schools the National Association of Scholars examined, 76 around the U.S. were offering segregating graduation ceremonies based on skin color.

The NAS described the separate commencement ceremonies as an example of “neo-segregation” on college campuses, condemning it as “a breeding ground of racial conflict in American society.”

“Neo-segregation inculcates in young people the readiness to cling to a victim identity at the expense of becoming a positive member of the larger community,” the NAS report stated. “No doubt a large portion of the racial grievance politics we see in society at large these days is the careful nurtured product of campus neo-segregation.”

“Ultimately, university officials go wrong when they treat students as black, Latino, or Asian, i.e., as different. By doing so, they reinforce the idea of interminable inequality and conflict between the races,” he wrote. “If our universities hope to ease racial tensions, they should encourage students and parents to meet one another as citizens united by a common sense of purpose, not as mutually opposed ethnic groups.”

Ken Ham in his article “Responding to Racism—No Other Answer Than the Gospel” wrote on the Biblical response to racism and pointed out the error in falling into the social justice lie of “institutional racism“:

I’ve been speaking on the topic since the 1970s and have made it a vital component of our teaching at AiG. Now the true solution to racism is grounded in the history in the book of Genesis and the gospel. Because the solutions offered by so many in our culture are anti-biblical, we want believers to be equipped to respond in a way that honors the Lord and his Word.

And I’m not the only one saying this. Far from it! As just one example, Voddie Bauchum, who has spoken at many of our past conferences, was recently featured in an article on the website Christian Headlines. In the interview, he called attention to the centrality of the gospel in any biblical response to racism:

And it’s been interesting to watch scenes of white people, literally kneeling and bowing and genuflecting, in repentance over their sin of—of white privilege. Or, you know, bias. Or conscious bias. Or unconscious bias. Or whatever else . . .

Ultimately, “this religion [of social justice] is promising salvation, somewhere other than God . . . And unfortunately, there are many Christians who are sounding like they’re satisfied with this.” . . .

[Voddie] made a distinction between individual racism and institutional racism, calling them “two competing worldviews” . . .

As I’ve shared in the past, the gospel is the answer to racism. Salvation isn’t found anywhere but in Christ! And the sin of racism, ultimately, is a heart issue—it’s caused by sin in the hearts of men and women. A heart/spiritual problem requires a spiritual solution—and the only solution is the biblical truth that we’re all one race (which is confirmed by the science of genetics) and the gospel of Jesus Christ that is offered to all.