As persecution against Christians in China escalates, leaders of the communist regime are now forbidding parents to enroll their children in faith-based schools and are sending adopted children back to their birth parents.

A new report from International Christian Concern (ICC), along with a video released last Wednesday, reveals grim details of how the Chinese Communist Party (CCP) continues to persecute members of the church, according to The Christian Post.

Liao Qiang, a member of the Early Rain Covenant Church (ERCC) in Chengdu, explained, “This is a living tragedy. Their constant oppression made me feel we must flee China because our children are most important to us.”

Government officials took four adopted children from one ERCC family and sent them back to their biological parents. The CCP also threatened to send Christian children to government re-education camps.

Qiang is urging Americans to expose the CCP’s agenda, which includes that all religious organizations will be under the leadership of the Communist Party.

“The biggest help is to report the persecution. Report it fairly. We aren’t saying the US government should put pressure on the Chinese government. This isn’t what we hope for,” Qiang declared. “What CCP is most afraid of is being exposed. They are afraid of transparency. We don’t want the government or the public to pressure CCP. Because under such circumstances, CCP will definitely intensify religious persecution. The worse China-US relations get, the more CCP persecutes Christians.”

The ICC report reveals how the Chinese government targets Christians and strives to “sinicize” all the nation’s religions by infusing them with Chinese characteristics such as loyalty to the Communist Party.

Chinese President Xi Jinping introduced “Sinicization” in 2015 with plans to “make religious groups within China submit to socialism and the CCP’s ideology by assimilating them into a unified identity with Chinese characteristics.”

Open Doors USA ranks China at No. 23 on its 2020 World Watch List of the 50 most dangerous countries for Christians. 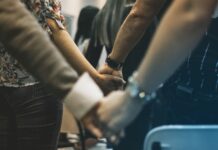 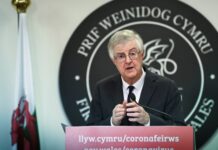