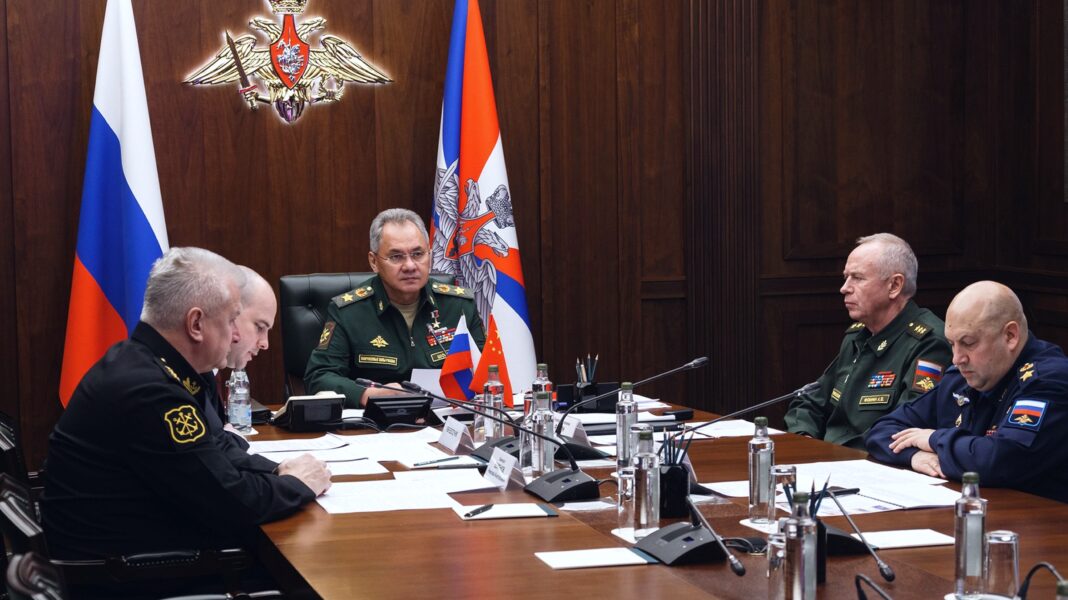 China and Russia have bolstered their defense ties in a move to counter what they claim is a growing military threat from the U.S.

In a virtual meeting Tuesday, Russian Defense Minister Sergei Shoigu and Chinese Minister of National Defense Wei Fenghe signed a roadmap that will expand cooperation in the Asia-Pacific with strategic exercises and joint patrols.

“China and Russia have been strategic partners for many years,” Shoigu said. “Today, in conditions of increasing geopolitical turbulence and growing conflict potential in various parts of the world, the development of our interaction is especially relevant.”

The top U.S. adversaries said the agreement was needed to combat a “significant increase” in the number of American bombing operations carried out near both nations.

The Russian defense official also claimed the U.S. has increased the number of bomber flights over the Sea of Okhotsk, a body of water located between Russia and China.

“In such an environment, the Russian-Chinese coordination becomes a stabilizing factor in global affairs,” Shoigu said.

Fox News could not immediately reach the Pentagon to confirm the claims.

According to the Russian defense ministry, the two nations will engage in joint combat training and strategic exercises conducted in the air and at sea.

China and Russia have already engaged in joint operations in the region, including as recently as Friday when two Russian Tu-95MS strategic bombers and two Chinese H-6K strategic bombers conducted a joint patrol over the Sea of Japan and the East China Sea.

In Luke 21:25, Jesus says, “There will be signs in the sun, and in the moon, and in the stars; and upon the earth Distress of Nations with Perplexity, the seas and the wave roaring. These things will be greatly increased and primarily take place during the seven-year Tribulation (from which the church is absent). However, with the current global state of turmoil amongst the nations, we can’t help but recognize the distress of nations Jesus describes in Luke 21 and Matthew 24, rising in our world today.