Cancel Culture Will Find You 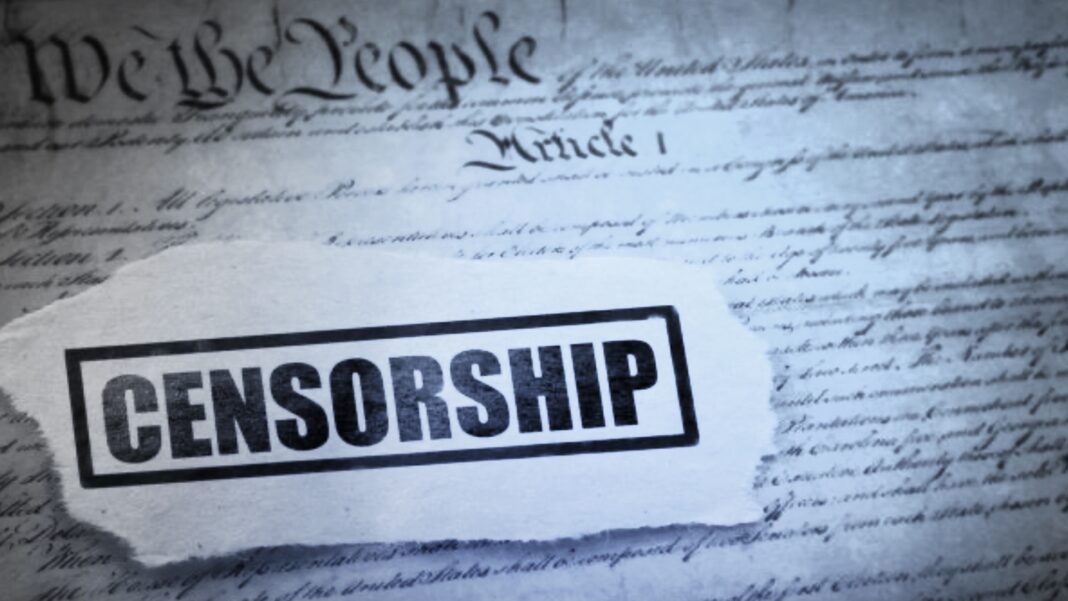 Christina Crenshaw, an English lecturer at Baylor University in Waco, Texas—a college with long-held ties to Baptists in the state—was blindsided.

It was the third week in January, and President Joe Biden had just signed a broad executive order on gender identity and sexual orientation discrimination. Both conservatives and some feminists had labeled the order, among other things, an imminent threat to fairness in female athletic competition and to safety and privacy in sex-segregated changing rooms in public schools and government buildings.

Crenshaw, a wife, mother and anti-human trafficking activist with a Ph.D., showed her maternal instincts in a tweet about the order.

“What if I don’t want biological boys in the bathroom with my biological daughter?” Crenshaw tweeted. “Do the 99% of us who do not struggle with gender dysphoria have a voice? No? Cool.”

Her tweet got a few dozen “likes” and a handful of retweets. But when a small but vocal group of Baylor students noticed it, they quickly began calling for Crenshaw’s dismissal from any future teaching at the school, which decades ago was a destination for many young preachers seeking an educational foundation for their ministry. One Baylor senior said, “We don’t want to be known as a transphobic university.”

The student paper initially characterized Crenshaw’s tweet as “transphobic” in a news story (To its credit, the paper later apologized for its editorializing). An online petition to fire her garnered several hundred signatures; and students, according to the paper, reported her to Title IX enforcement; the campus NAACP; BU Equity; and a group called It’s On Us BU.

The same week, Colorado-based Focus on the Family’s news arm, The Daily Citizen, was suspended from Twitter for what the social media giant deemed “hateful” content.

The Daily Citizen had tweeted that Dr. Rachel Levine, a pediatrician chosen by President Biden to be the assistant secretary of Health and Human Services, is a “transgender woman, that is, a man who believes he is a woman.” Twitter’s message to Focus on the Family was that the tweet was considered hateful content, apparently for “misgendering” Levine as a man, along with the pronoun “he.”

Crenshaw’s experience and that of Focus on the Family has become an almost daily occurrence on college campuses, on social media platforms, and in the corporate and professional world, where adherence to liberal social ideas and norms is often the cost of climbing the ladder and sometimes the price of keeping one’s job.

“Cancel culture can happen on a political level with government forces restricting free speech,” says John Stonestreet, president of the Colson Center for Christian Worldview, “but in our culture it’s increasingly happening through nongovernmental cultural forces.”

Complicating the debate over such censorship, Stonestreet says, is that even though social media giants like Facebook, Twitter and YouTube are private companies that are free to make their own rules, the digital space is the new virtual public square, where information is dispensed and opinions are formed.

Moreover, very few businesses or organizations can thrive without utilizing these platforms in the digital age. “Everyone is there,” Stonestreet says. “Social media may hold more power in some parts of our lives than even the government does.”

Stonestreet says he regularly hears from college students who were graded down for running afoul of a professor; medical professionals under pressure to toe a morally fraught line; and corporate executives being pressured to communicate a message contrary to their Christian beliefs.

Even liberals such as bestselling author J.K. Rowling and tennis great Martina Navratilova, an open lesbian, have been “canceled” for speaking up for women and girls in the debate over transgender rights versus women’s rights.

Christians interacting in the public space are to “always speak with grace, seasoned with salt” (see Colossians 4:6). The temptation for believers, Stonestreet says, is to punch back, using the world’s methods. That would be an unbiblical mistake, he contends, “because we are called to play by different rules.”

Eventually, though, Stonestreet believes even the nicest and most circumspect of believers will be forced to either stand with Christ or shrink back in unfaithfulness and fear.

“There are some organizations that are going to be tempted to think that they can get around this by being nice,” Stonestreet warns. “With the consolidation of power of Big Tech and corporations, you can’t be nice enough.”

“If you want to avoid being canceled, you’re going to have to compromise your views,” he adds. “Every organization, every Christian leader, has to just basically sit down and say, ‘Look, I don’t want to invite trouble. I don’t want to be a jerk just to be a jerk, but I can’t say what’s not true,’ and that’s the real issue.”

The answer, Stonestreet says, is not some version of “Christian” Twitter or Facebook, where an even bigger echo chamber is formed. We are to be salt and light in the culture.

“You know what we need? We need a thickening of Christian community. We need the Body of Christ breaking bread, drinking the cup together, being empowered by the Holy Spirit and living out our calling in the world. That’s always been the model for the church.”

Christianity that transforms people isn’t [just] lived out in the digital space, but face to face and in Christian community, Stonestreet argues.

A silver lining is that if Biblical truth continues to be marginalized, “our children are going to probably get a better view of what it means to be committed to the faith,” he adds.

“It doesn’t mean we are to be quiet. But we should rejoice in being able to participate in the sufferings of Christ. We’ll know a little bit more about what our brothers and sisters face elsewhere. In the long run, it’ll clarify our message.”