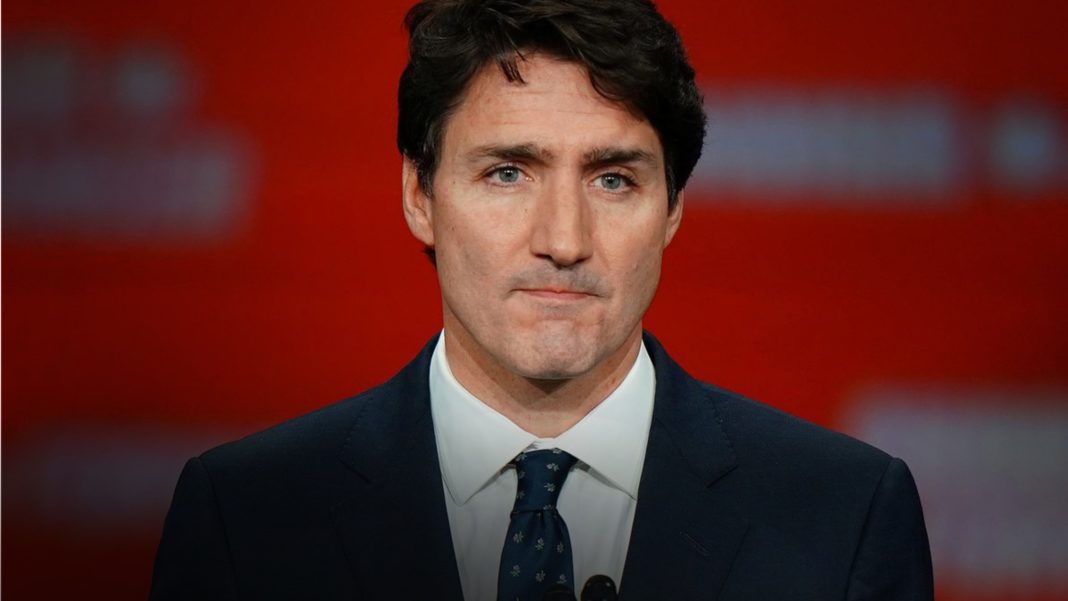 For the second time in a month, Canada has voted to back Palestinian self-determination at the UN, the CBC reports.

Canada had regularly voted against or abstained on the 16 recurrent resolutions on Palestinian Arab issues which go before the General Assembly every year, including on eastern Jerusalem, sovereignty over natural resources, and Israeli “settlements”.

One month ago, however, it abruptly reversed course on “the right of the Palestinian people to self-determination” during a preliminary vote in the UN committee which deals with human rights issues.

On Wednesday, it voted again in favor of the resolution, which was endorsed by 167 nations. 11 countries abstained, and five voted against it including Israel, the United States, Australia, the Marshall Islands and Micronesia.

Canada’s policies on the Middle East began to drift toward a more pro-Israeli stance under former Liberal prime minister Paul Martin. That trend accelerated dramatically under the Conservative government of Stephen Harper.

Current Prime Minister Justin Trudeau has also expressed support for Israel but has also renewed funding to UNRWA that was frozen during Harper’s time in office and has called for a probe of Gaza violence while failing to mention Hamas’ role in the violence.

The Centre for Israel and Jewish Affairs (CIJA) published a statement noting that [they] “remain angry and deeply disappointed that Canada voted against Israel – Canada’s democratic ally.”

“CIJA has made vigorous representations to the Canadian government on this matter, including during a meeting with Prime Minister Justin Trudeau. CIJA expects that Canada will adopt meaningful and tangible ways to reaffirm its unqualified support for, and friendship with, Israel,” said Shimon Koffler Fogel, the Chief Executive Officer of CIJA.

“B’nai Brith has written both the Prime Minister and Minister of Foreign Affairs with our expectation that Canada will not permit Israel to be unfairly targeted at the UN. We have informed them that this, combined with a commitment to Israel’s security, is non-negotiable,” the organization said in a statement.

“B’nai Brith rejects the contention that settlements are the core issue of the Israeli-Palestinian conflict. In our view, the core issue remains the rejection by Palestinian leaders and their supporters of Israel’s right to exist – and of the Jewish people’s legal right to sovereignty in their ancient homeland,” it added.

“This vote reflects poorly on Canada’s record as a defender of democracy and justice. It stains Canada’s reputation,” said Michael Mostyn, Chief Executive Officer of B’nai Brith Canada. “Just last week, Prime Minister Justin Trudeau assured the Jewish community that Canada would ‘always defend Israel’s right to live in security.’ Voting for this resolution is not in line with that commitment.”

“Although it was a slow process … I am delighted,” he told the CBC, describing the vote as “very significant, very positive.”

“I was involved personally in extensive discussions with my colleagues in the foreign ministry in Ottawa” leading up to the vote, said Mansour, who added, “But still we have a lot more to do.”

“Canada voted in support of this resolution as it addresses one of the core issues of the Israeli-Palestinian conflict,” said Anthony Hinton, political coordinator at Canada’s mission to the UN, in a brief address to delegates after the resolution passed.

“Canada strongly supports the international consensus on a two-state solution, so that both peoples can have a secure and prosperous future. This is particularly important at a time when the prospects for ‘two states for two peoples’ is increasingly under threat,” he added.

Hinton also said that Canada remains a strong ally and close friend of Israel, and believes that the country continues to be unfairly singled out for criticism at the UN with resolutions which “do not address the complexities of the issues.”

Netanyahu: “2,500 years ago, another Persian villain tried to destroy the Jewish people & just as he failed then, so too will you fail today"
Read more