California Is Burning and It’s Not Because of ‘Climate Change’ 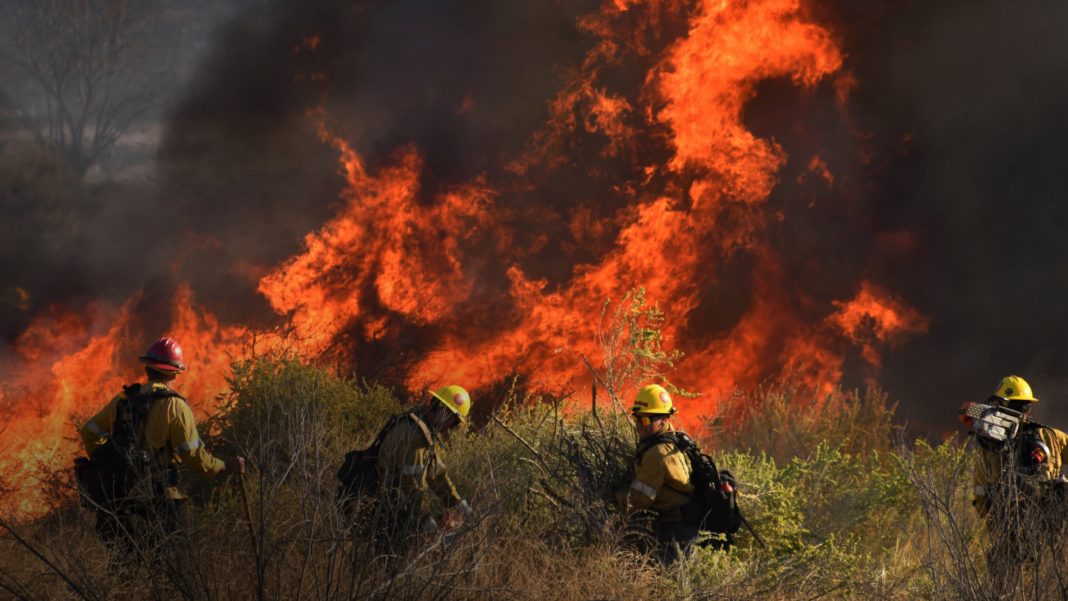 California power company PG&E is preparing to pull the plug on 850,000 of its customers. PG&E has been deliberately cutting power to its customers in an effort to avoid wildfires. It isn’t working. Massive wildfires erupted in areas where PG&E provides service. The Tick Fire has burned down several homes and caused the evacuation of more than 40,000 people so far, and other wildfires are burning throughout the state. In Sonoma County, the Kincade Fire has already torched 34 square miles and destroyed 49 homes. That fire was likely caused by a broken transmission line belonging to PG&E.

But PG&E’s equipment couldn’t start these huge wildfires without a bunch of dead brush fueling the flames. As Chuck Devore writes in Forbes, “the outrageous cost to remove a few dead trees from private land is a consequence of California’s Byzantine environmental regulatory patchwork.” It’s not climate change that’s responsible for these massive fires, “it’s decades of environmental mismanagement that has created a tinderbox of unharvested timber, dead trees, and thick underbrush.”

As Devore writes, “forest management is so bad on public lands that a new report, ordered by the California legislature in 2010, shows that the portion of California’s National Forests protected from timber harvesting is now a net contributor to atmospheric carbon dioxide due to fires and trees killed by insects and disease.” So if environmentalists really believed climate change was causing the fires, they would be calling for more timber harvesting to stop it.

How many people have to die before environmentalists wake up? Gov. Gavin Newsom has attributed California’s wildfires to the effects of “climate change.” But in 2018, President Trump correctly identified the problem and threatened to cut off federal funds if California didn’t change its self-harming policies.

Trump tweeted, “There is no reason for these massive, deadly and costly forest fires in California except that forest management is so poor. Billions of dollars are given each year, with so many lives lost, all because of gross mismanagement of the forests. Remedy now, or no more Fed payments!”

Gov. Newsom declared a state of emergency on Friday, announcing that he had secured federal emergency funds from the Federal Emergency Management Agency. This is just like Newsom blaming the state’s high gas prices on the big oil companies. He’s trying to shift the blame. Only the longer he maintains this delusion about climate change causing wildfires, the more people will die in his state and the more homes will be destroyed.