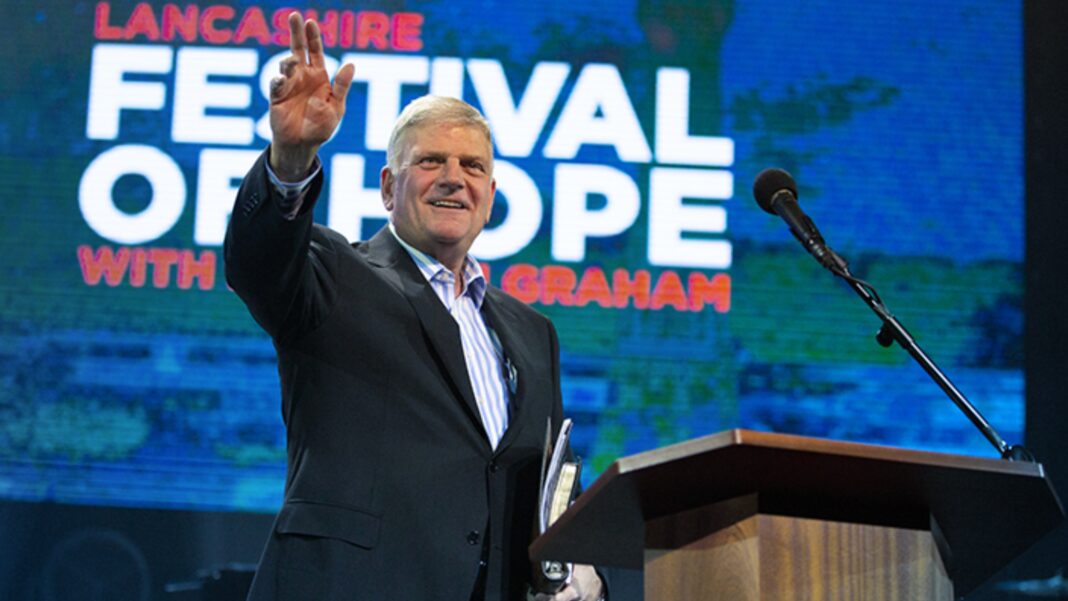 In a day and age where religious freedom is continually being clamped down at seemingly every turn, a significant settlement in the United Kingdom from a landmark ruling earlier this year may provide a turning point for Christians throughout England and beyond.

The case centers around Franklin Graham’s Lancashire Festival of Hope, which took place in Blackpool, England, in 2018. Simple bus ads that read “Time for Hope” were taken down because of Franklin Graham’s religious beliefs on traditional marriage.

In April, a U.K. judge ruled that Blackpool Borough Council and Blackpool Transport Services Limited were wrong in their decision to remove the advertisements, which Judge Evans determined violated the Equality Act 2010, which makes it unlawful to discriminate against someone because of religion or belief, and the Human Rights Act.

With the case headed back to court last week to determine appropriate remedies, Blackpool accepted the court’s findings and agreed to the following settlement:

This is the type of ruling and settlement that could have ripple effects impacting religious freedom protection beyond the U.K. and even the EU. This settlement can’t be appealed, and the order approving it is public, meaning both the ruling and the remedies can serve as precedent for other cases.

“This is an important moment for religious freedom in the U.K.,” Franklin Graham said. “We’re grateful to God for the final outcome of this case, and for what it will mean for churches and Christians across the U.K. in the years ahead.”

The settlement underscores the judge’s ruling from the spring that Christians who hold Biblical views on human sexuality, including Franklin Graham and the organizers of the Festival, are not extremists and must be treated fairly.

“This is the antithesis of the manner in which a public authority should behave in a democratic society,” Judge Evans said in April.

“The Good News of Jesus Christ must be proclaimed,” Franklin Graham said. “My prayer is that this case will encourage Christians to stand firm.”