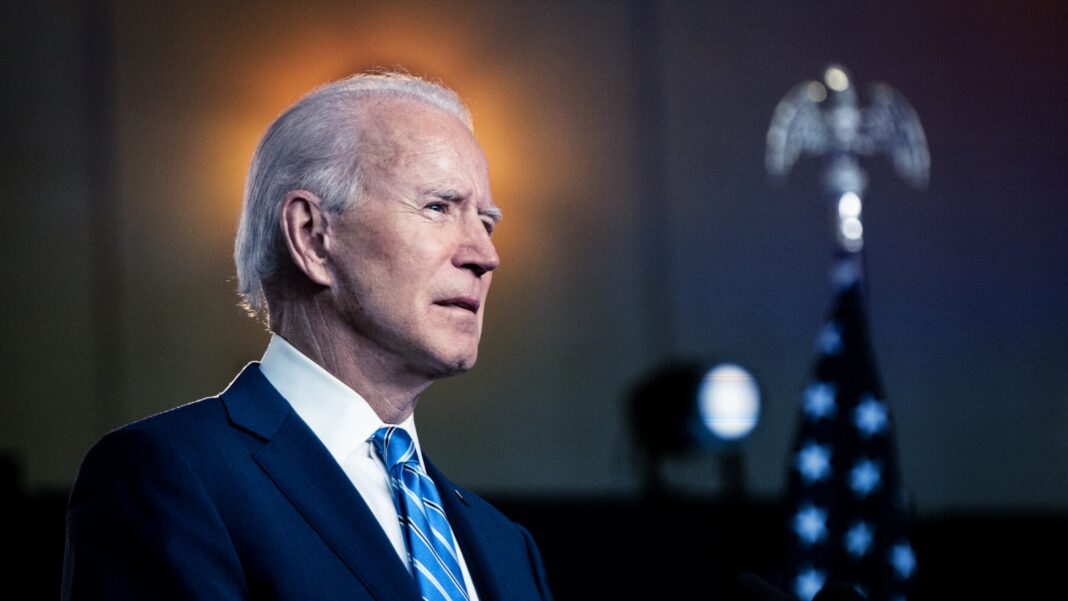 Several Republican state attorneys general are speaking out against President Joe Biden’s mandate for public and private sector workers to get COVID shots.

“We’re obviously preparing for what the president said he wanted to do, which seems to be clearly beyond his authority,” Attorney General Dave Yost (R-Ohio) told the “Washington Watch with Tony Perkins” program on Thursday. “It’s important to note that we don’t have a regulation yet, so we don’t have anything to bring to court to sue about, [and] you can’t sue over a press release.”

That being said, Yost suspects that there are “multiple grounds that could be raised here, starting with the fact that Congress writes the laws, not the president.”

During a recent televised address, President Biden said federal employees must be vaccinated. Biden then went on to say this:

“I’m announcing that the Department of Labor is developing an emergency rule to require all employers with 100 or more employees that together employ over 80 million workers to ensure their workforces are fully vaccinated or show a negative test at least once a week. Some of the biggest companies are already requiring this.”

Yost explained that the president does not get to govern by dictate.

Tony Perkins, President of the Family Research Council, in a recent article, “Vaccine Mandate Sticks It to Freedom,” wrote:

For a president who pledged to bring unity to the country, this order — “get the shots or lose your job” — will only bring more of the same: division and distrust. And, in an irony that even the liberal media can’t ignore, his heavy-handed approach will almost certainly turn more people against the very vaccine he claims to promote! But unfortunately, Biden, who was an honors student at the Obama School of Mandates, never learned that the more control government exerts, the more resistance they create. Even now, dozens of governors, attorneys general, and conservative leaders are rallying their troops for an all-out legal war. South Carolina Governor Henry McMaster (R) spoke for a good number of Americans when he vowed, “We will fight them to the gates of hell!”

And he’ll have plenty of company from his counterparts in Florida, Texas, Georgia, Iowa, Arizona, Oklahoma, South Dakota, and every other state that understands this road will lead to an endless string of intrusive dictates that will have far-reaching consequences for civil liberties, conscience rights, religious freedom, human dignity, parental rights, and more.

Senator Marsha Blackburn (R-Tenn.) insists, Americans need to be on guard. Individuals and their doctors should be making health care decisions, she argued, not the government. It may be easier to institutionalize one side’s opinion — “But you know what? We call that communism… We are a nation of freedom, free people, and free choice… [The Left] wants power and control.” And yet, as long as these troubling questions go unanswered, Americans have a responsibility to draw a bright red line and resist — otherwise, it will only be the beginning of the end of our rights. As a nation, we must decide: do we want to accept this soft despotism? Or will we work for freedom?