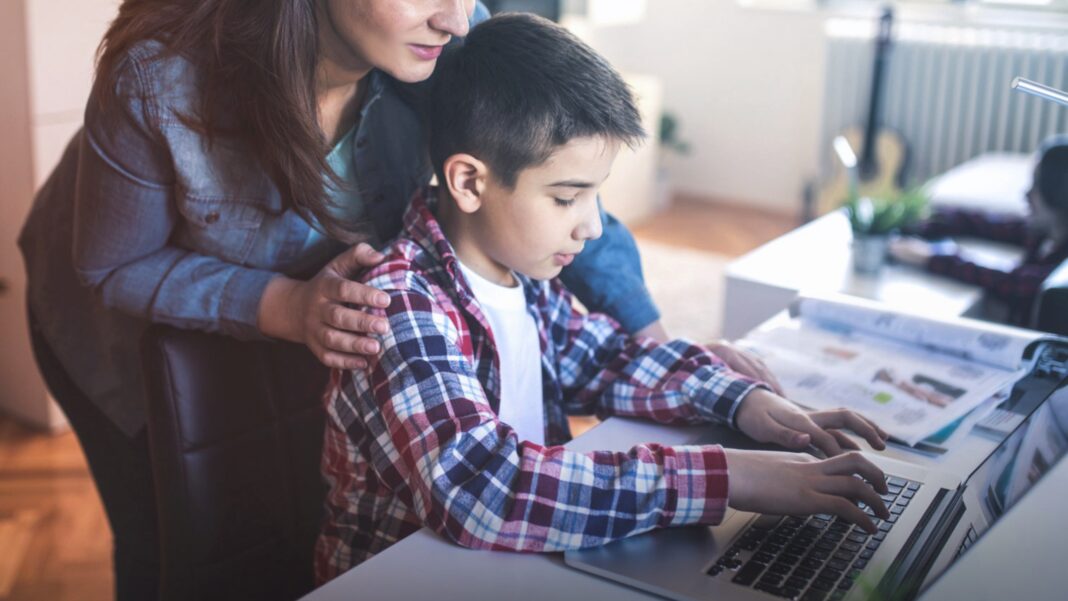 “We are seeing coaching and deliberate confusion of our young kids when it comes to gender identity,” Abigail Shrier, author of “Irreversible Damage: The Transgender Craze Seducing Our Daughters,” told Fox News.

“Parents can never underestimate the level of deception and manipulation that activist teachers are willing to go to on issues of gender,” she said after listening to leaked audio from a conference with California’s largest teachers union.

The sold-out conference in Palm Springs at the end of October provided best practices workshops that encouraged teachers to “have the courage to create a safe environment that fosters bravery to explore sexual orientation, gender identity and expression.”

Listening to the audio from the event, Shrier found that teachers “among other things, were given instruction on the surveying of students and the deceptions of parents for encouraging their inclusion in LGBTQ+ clubs,” she told Fox News.

“These were sixth-graders we’re talking about surveilling,” said Shrier. “We’re talking about targeting kids as young as about 11 years old for personal invitations to the LGBTQ club based on these children’s internet searches.”

Shrier said the most alarming thing she heard was teachers who admitted to reading children’s Google search histories for signs of interest in LGBTQ issues as a way to target kids for recruitment and actively encouraging other teachers to do the same.

“The fact that they were targeting children for these personal invitations to their club is very concerning, and that they were coaching other teachers in the surveillance of students for this purpose is really not something we usually see,” said Shrier.

Attendees of the conference spoke in depth about ways to subvert parents, suggesting changing the name of the club from “Gay Straight Alliance,” to another name like “Equity Club.”

One teacher reportedly encouraged teachers not to keep a roster for the clubs, so if a parent ever asks if her child is a member the teacher can plead ignorance.

At the CTA conference, two teachers led a seminar about “How we run a ‘GSA’ (Gay-Straight Alliance club) in Conservative Communities,” and discussed their strategies for how to “get the bodies in the door” and ensure kids keep coming back when “we saw our membership numbers start to decline.”

“Much of the discussion was recruitment: ‘How do we get students to stay and discuss these things the way we want them to?’” Shrier recalled.

She said the teachers spoke openly about their motivations for creating this coalition of gender-obsessed students.

“They said, effectively, if you want to bring a new society into existence, it seems the way to start that is with children,” said Shrier. “And so activist teachers are looking to recruit other people’s children in their revolution.”

“You have to ask yourself if teachers are willing to make these remarks in a broad address — a sold-out conference — what are they doing that we don’t know about?”

“Unfortunately, these spaces have been exploited by activists, teachers who have done so much as direct students not to repeat anything that is said in that club,” she said.

“Parents really need to tell their middle school students or high school students, ‘No teacher should ever tell you to keep a secret from your parents.’”

Following Shrier’s reporting on the conference Thursday, the Spreckels Union School District, the district where two of the conference participants work, sent out an email with a list of new guidelines around student clubs.

“The District has taken immediate steps to address several of the concerns raised in the article,” the email states.

It goes on to say clubs must submit an outline of all activities and materials before meeting, student sign-in sheets will be maintained and parent/guardian permission will be required for club participation.

The list of new practices concluded with, “Teachers are prohibited from monitoring students’ online activity for any non-academic purposes.”

Joseph Kerr, in an article published earlier this year to Harbingers Daily, wrote about how those seeking to promote the LGBT agenda have “children in their sights.”

“I wrote about this on Facebook earlier in the year (and caught a lot of flak for it) that the homosexual agenda has children in their sights. This is not about equal rights or equal treatment, and it never was. This is about recruiting and grooming with the goal of eventually abusing a generation of children, your children.”

Adding that, “it is no longer a hidden agenda. It is in-your-face and they are after your children.”

Kerr explained that the targeting of children by LGBT activists is occurring despite piles of studies and reports that warn that the lifestyle is damaging and even abusive to youths.

One study cited by Kerr, from the American College of Pediatricians, “Gender Ideology Harms Children,” urged, “healthcare professionals, educators, and legislators to reject all policies that condition children to accept as normal a life of chemical and surgical impersonation of the opposite sex. Facts – not ideology – determine reality.”

“That gender confusion during youth is precisely why the radical sexual agenda wants to coerce your children before they reach the natural process that confirms who they are sexually-puberty,” Kerr insisted. “They want to create confusion at an early age so your kids will accept sexual advances and abuse as normal behavior.”

The study concluded by boldly stating, “Conditioning children into believing a lifetime of chemical and surgical impersonation of the opposite sex is normal and healthy is child abuse. Endorsing gender discordance as normal via public education and legal policies will confuse children and parents, leading more children to present to ‘gender clinics’ where they will be given puberty-blocking drugs. This, in turn, virtually ensures they will ‘choose’ a lifetime of carcinogenic and otherwise toxic cross-sex hormones, and likely consider unnecessary surgical mutilation of their healthy body parts as young adults.”

“And yet they still insist those of us who oppose that behavior are the problem,” Kerr explained. “No, the problem is simple, when you reject the counsel and wisdom and facts of the Creator of the universe and the Creator of human sexuality, you will inevitably end up in the wrong place. It was written nearly 2000 years ago because it happened before, it was happening in Rome then, and God knew we would be here again. (Sexual perversion is not new and woke. It’s actually very old).”

“Protect your children,” Kerr underscored. “Don’t lie to them and tell them human biology is a choice. Give them the wise and honest counsel they deserve. Do not cave to the pressure of those who have unmistakably, unapologetically stated they want the worst for your children.”

There is a spiritual battle behind these motivations to promote homosexuality and transgenderism to kids. Satan is attempting to set children up for a lifetime apart from and in rebellion against their Creator.