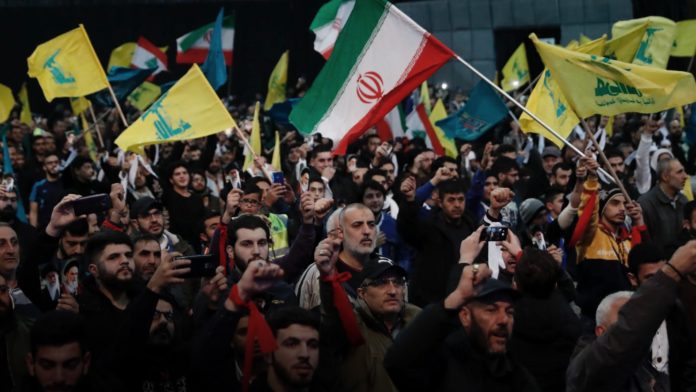 After years of balking, Germany is expected next week to blacklist Hezbollah’s political wing, in a move that Israel’s former ambassador to the UN Ron Prosor said would have far-reaching implications for Hezbollah and finally force the EU to take a tougher stance against the terror organization.

As head of the Abba Eban Institute for International Diplomacy at the Interdisciplinary Center in Herzliya, Prosor has spearheaded an effort to move Berlin toward sanctioning Hezbollah. He said that Germany’s interior, justice and foreign ministers are scheduled to meet next Wednesday with the interior ministers of all the German states to designate the political wing of Hezbollah as a terrorist organization.

Efforts to get Berlin to move on this issue were given a huge boost by the US ambassador to Germany, Richard Grenell, who constantly brings the matter up in discussions with German officials – including German Chancellor Angela Merkel – and has made it a public issue.

For instance, on November 20 he tweeted, “It is time to designate the Iran proxy Hezbollah a terrorist organization throughout Europe.”

On that same day, when Germany joined nine other UN Security Council members in publicly opposing the US declaration that settlements are not illegal, Grenell tweeted: “How many of those countries complaining about our settlement policy had designated Iran’s Hezbollah a terrorist organization?”

According to Prosor, Hezbollah has extensive drug and money laundering activities in Germany and throughout Europe that provide hundreds of millions of dollars to Hezbollah to support its terrorism.

Germany and France are currently the EU’s major engines, and the minute the Germans make a decision, the rest of the EU often follows, he said.

Britain blacklisted Hezbollah in its entirely earlier this year. Prosor said that the French strongly oppose the move.

Prosor added that Israel has proven apt at dealing with Hezbollah on the military and intelligence planes, but has had little success diplomatically shutting down avenues of financial support for the organization abroad. Israel has for over a decade been trying – with little success – to get the EU to designate Hezbollah as a terror organization.

Prosor said that closing off foreign avenues of financing for Hezbollah will hit the organization especially hard now, at a time when Iran has reduced its funding to Hezbollah because of its own financial problems.

According to Der Spiegel, under the new designation, Hezbollah members and activities in Germany would be treated the same as the Kurdish PKK and Islamic State. All of its actions would be forbidden, including waving the organization’s flag, which is often seen at anti-Israel demonstrations in the country.