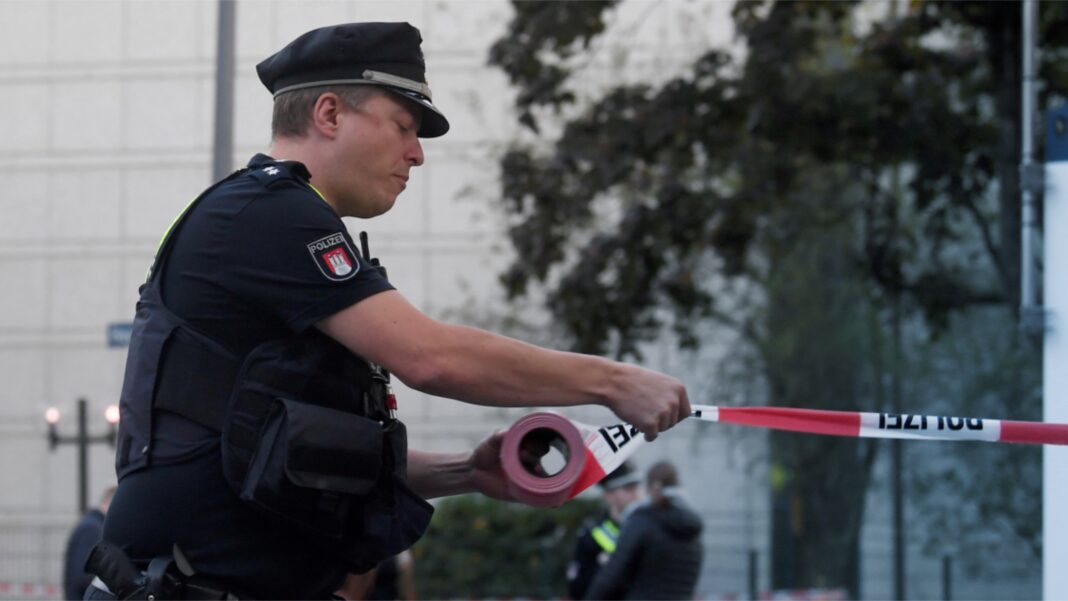 A man who attacked a Jewish student outside of a synagogue in Hamburg, Germany, was ordered to a psychiatric hospital Friday.

The court found the 29-year-old German man who attacked the student to be mentally ill and incapable of facing charges of attempted manslaughter and dangerous bodily harm, the Associated Press reported. He hit the student on the head, sending him to the hospital in October 2020.

“This was a targeted attack on a Jew,” Judge Birgit Woitas said, the AP reported. Though the man who attacked the student was a “mentally ill person who acted on his own.”

The American Jewish Committee asked the court to reconsider its decision not to charge the attacker, the Jewish News Syndicate reported. The German man reportedly hit the student on the head with a shovel and was confused by officers who questioned him following the incident.

Hamburg’s public prosecutor said that “there is no evidence of a political motive” by the attacker and that he had “delusional fears of persecution” because he believed Jews were trying to kill him, the JNS reported.

“The prosecution blames mental illness for the crime. We join @AJCBerlin in calling for the attack to be recognized for what it is: an act of Jew-hatred,” the American Jewish Committee said, the JNS reported.

The attacker was arrested wearing a German army uniform and carrying a piece of paper with a swastica in his pocket, the AP reported. Law enforcement officials searched his home while he remained in custody.

Last year, following an attempted massacre on Yom Kippur in Germany, the head of Hillel International, which is the world’s largest Jewish campus organization, said he believes Germany is no longer safe for Jews:

31-year-old Valentin Lutset was born in Poland to servicemembers of the Red Army. He arrived in Germany in 2005 and has lived in Berlin for the past 9 years. He won’t attend the trial either.

“I used to be an optimist when it comes to the future of Jewish life in Germany,” he said. “But since the attack, I feel fear from the radical Right all over, even when it’s just a car screeching to a halt, and I get anxiety.”

Lutset concluded that “Jews should no longer stay here” even though he would like to continue and fight for Jewish life.

“The situation will only get worse in the coming years… The public created the conditions that got Balliet to do what he did. His anti-Semitism is a feature shared by the public as a whole, and it has spread to many people.”

A German foreign minister also stated in 2020 that anti-semitic attacks have become a daily occurrence in the country, adding that if something is not done Germany will see a ‘mass exit’ of Jews:

Foreign Minister Heiko Maas warned [that] Jews could leave Germany on a “massive” scale if urgent action was not taken to stem rising anti-Semitism.

Writing in Der Spiegel weekly on the eve of the 75th anniversary of the liberation of the Auschwitz death camp, Maas said anti-Jewish insults and attacks, in real life and online, had become “a daily occurrence.”

Almost one in two Jews has considered leaving Germany, he said, a country that has long taken pains to confront its Nazi past.

“We need to take urgent countermeasures to make sure that such thoughts do not turn into a bitter reality and lead to a massive departure of Jews from Germany,” he wrote.

As anti-Semitism increases through-out Europe and internationally, we are seeing God use it to fulfill his promises and prophesies to draw the Jewish people back to the miraculously re-established land of Israel.

Ezekiel 36:7-11,24 KJV – “Therefore thus saith the Lord God; I have lifted up mine hand, Surely the heathen that are about you, they shall bear their shame. But ye, O mountains of Israel, ye shall shoot forth your branches, and yield your fruit to my people of Israel; for they are at hand to come. For, behold, I am for you, and I will turn unto you, and ye shall be tilled and sown: And I will multiply men upon you, all the house of Israel, even all of it: and the cities shall be inhabited, and the wastes shall be builded. And I will multiply upon you man and beast; and they shall increase and bring fruit: and I will settle you after your old estates, and will do better unto you than at your beginnings: and ye shall know that I am the Lord… For I will take you from among the heathen, and gather you out of all countries, and will bring you into your own land.”